I know this blog is supposed to be about domestication, but I can't ignore my weakness for fashion blather. So, mens, feel free to take a break.

I always love the Met Gala pics; the Metropolitan Museum of Art was my favorite museum when I was a kid and I have been a Vogue reader since high school, so I always look forward to their themed balls. This year's theme was "Model as Muse" and I think the fact the theme is so abstract and vague added up to a lot of fashion disaster. I won't speak too much to this; my heroes at Go Fug Yourself have that base covered, so I'm just going to put a couple favorites and a couple that made me snarl in disgust.
THE BEST: 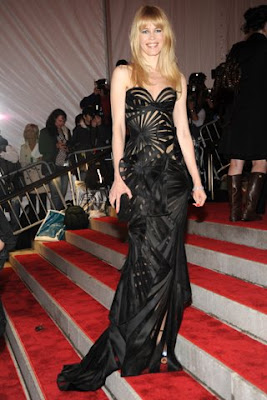 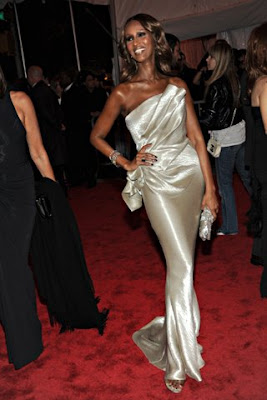 Iman, in custom Donna Karan, is my idol. She's always impeccable, she tamed David Bowie, she creeped Capt. Kirk out in that one Star Trek movie and best of all: She knows how to dress like a Supermodel. 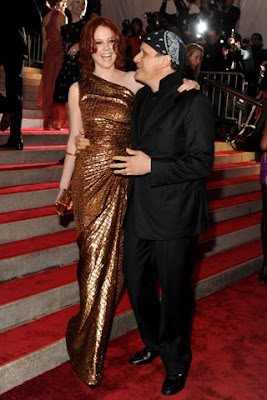 Coco Rocha, in gilded Isaac Mizrahi, looking fabulous and fun. Isaac looks a little like he snuck out of the catering kitchen, but what can you do when your signature look is "handkerchief."
THE WORST: 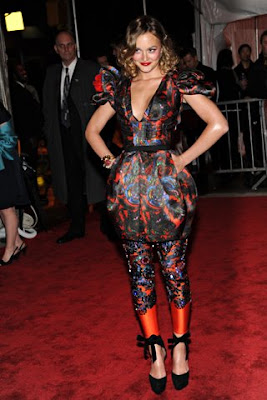 Leighton Meester's Louis Vuitton outfit, which looks like a horrific modern rendition of Coppelia, a ballet about a doll that everyone in the town believes is alive. The lighter hair color? Ick. The garish make-up? Ick. The '80s horror legging and dress combo? SUPER ICK. I also don't like her impish smile, like, "Ha! I defy you to compare me to my character, Blair. I have RANGE." 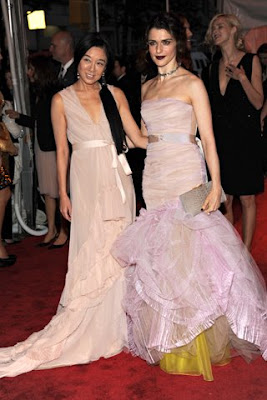 This horrible monstrosity that Vera Wang swathed around Rachel Weisz. The only thing I can figure is that Vera wanted to look amazing standing beside one of the world's great beauties, so she decided to design the worst bridesmaid dress imaginable. Seriously, it looks like a Degas ballerina back from the grave. 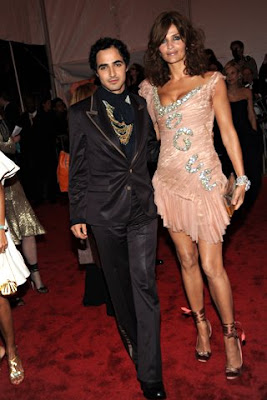 This Zac Posen shout-out dress that seems specifically constructed to cause a nip-slip for poor Helena Christensen. And frankly, though I love him, he looks a little Dorian Gray in this, no? Ugh.

* All photos from Style.com.

Now, I love me some Rachel Weisz. She's my favorite actress, which I am sure you know. And while I love her, I do have to agree that this isn't a great dress. The bodice area is lovely on her and I like her hair. But what bothers me the most about this isn't the dress, its the so-dark-it-looks-black lipstick. Its like a goth chick dipped in cotton candy. Which makes me sad for Rachel, because I think she is GORGEOUS.

i loved that is year was ULTRA fugs-ville. although i LOVED leighton in a weird way. i seriously think she's mocking us going "that's right. i can do i all!! i can be a blonde, have a pop career AND be a matador! suck on that chuck bass!"

for real, i admire your restraint in not putting madonna on here. also, i loved anne hathaway for going there dressed like a pillowcase from "valley of the dolls" but she can do no real wrong in my book.

dont you want to be zac's best friend?? he's so insane you know he's got to be a blast to stand near at parties.

and yeah, rachel equals terrible hair and make up.