Sometimes your friend texts you and says, "For Halloween we should go as 'Breakfast at Tiffany's' except I'll be breakfast and you be Tiffany's" and the idea is so clever and original, you type YES before you have a minute to think about how you'll embody a brand. But that's what happened this year and the costume turned out to be one of my favorites. It was shockingly easy to execute, thanks to a particularly well-stocked craft store near my office.

It wouldn't be Halloween without Hallowino, one of our most sacred Wine Club holidays. Lauren is, as always, the hostest with the mostest and always thinks of every little detail. 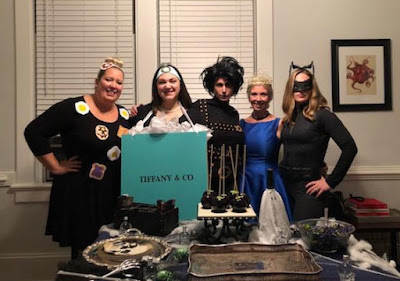 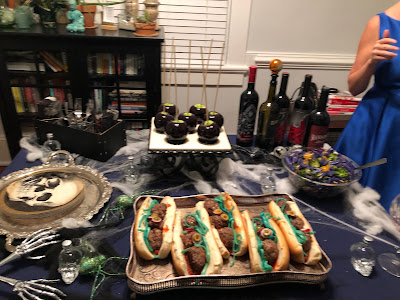 Our spooooooky feast included meatball subs, a pasta salad and poison candy apples (the sugar was actually burnt so they did accidentally taste a bit like poison, lol). 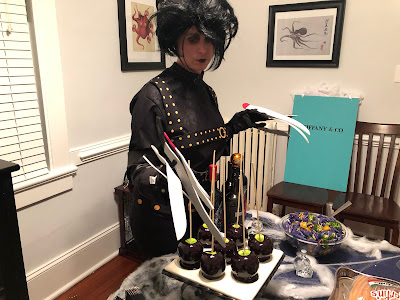 Edward Scissorhands with her spread. 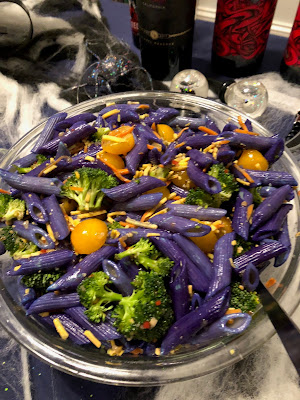 Lauren blew my simple mind with this simple trick for an extra fun pasta salad: she soaked the cooked pasta in water with food coloring! The colors really popped and it made such a big impact for such an easy hack. 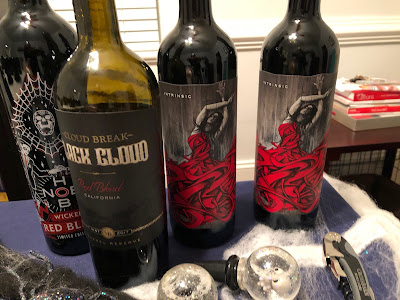 As always, we brought our scary-label wines and for the first time ever in the history of Wine Club, Ashleigh and I brought the same bottle. Disasters! But, it was good, so no harm. We sipped on: 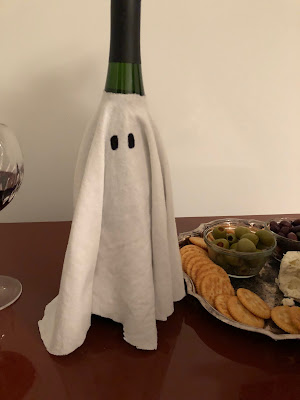 And Melissa made her own spooky label with the help of her crafty four-year-old! Very cute party idea to steal in the future. 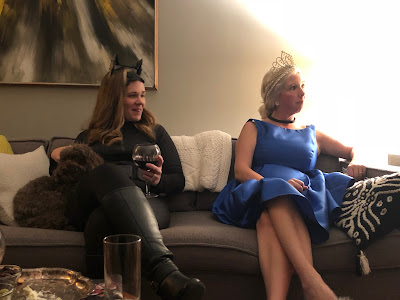 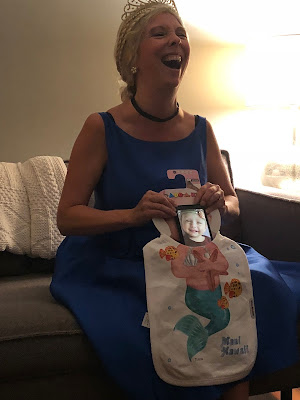 Ashleigh supplied Stacie with a mermaid costume bib for her baby, and we had a good laugh having her baby digitally model it so we could get the full image. 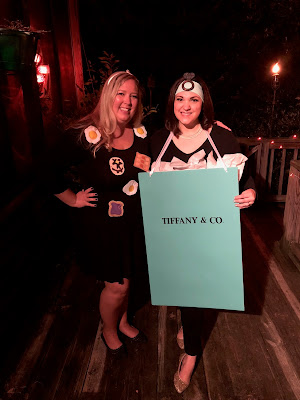 Closer to the actual holiday, we went to our favorite Halloween house party where the hosts truly deck out the house and every guest takes the dress code seriously. Here's how we made our costumes: 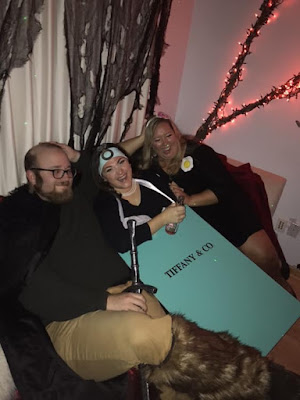 Ashleigh and I have done a couples' costume for six years now, so we're aiming for ten and then we'll try to get on the Ellen Show or something. It was a most excellent Halloween season!
Posted by Amber at 7:48 AM No comments: Links to this post