Tightly wound, but open to possibility 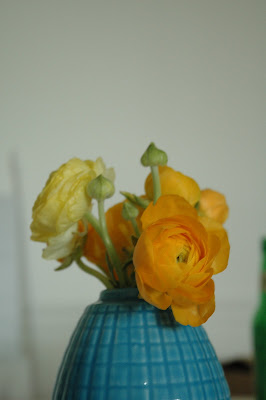 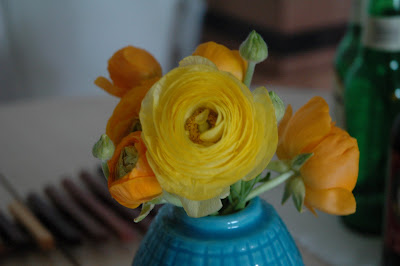 Today wasn't so good. I meant to finish off that strange half of pork tenderloin but after a series of EPIC FAILS, I had to give up and just whip up some farfalle with vodka sauce.

But I did have something to cheer me up (aside from delicious chicken stir-fry cooked by my friend Chanelle): $6 worth of gorgeous yellow and gold ranunculus from Trader Joe's.

I think ranunculus is one of the most beautiful blossoms — tightly wound, but unfolding delicately to reveal lime green centers. Much more elegant than thorny roses, in my opinion. 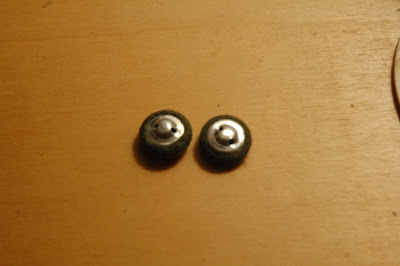 In other news, I'm trying to readjust myself to Sean's Nikon D70, so expect many a slightly blurry picture in coming weeks. I trained on a Canon Rebel film camera and what's nice about film is that it will just let you make mistakes. The digital camera won't let me take a picture if it's unwise and I just find that frustrating. I took this picture of the buttons that fell off my throw pillow. As you can see, the button has two holes, rather than four. Not quite sure how to fix that problem.
Posted by Amber at 10:15 PM

Girl, you just sew that sucker on there. As long as there's more than one hole, you're golden.