Cooking with the backseat chef 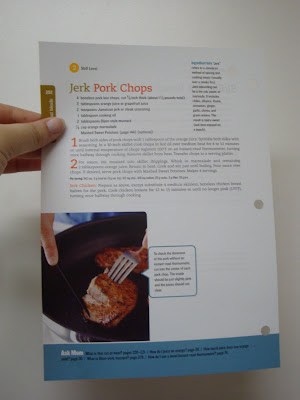 On the menu today: Jerk Pork Chops with instant rice, another recipe from Better Homes and Gardens' "Anyone Can Cook."

If I do say so myself, this was the best thing I've made so far. Sure, the pork was overcooked. Sure, I didn't really make the effort I should have to cut off the fat BEFORE cooking, or to scrape the "drippings" into the pan. Sure, I may have used every kitchen tool I have in the process. But I think it came out really well and I think Sean liked it.

This, despite the fact he is a backseat chef. I don't know if you all have encountered this before. By "this," I mean someone who has less experience cooking and is an infinitely pickier eater and yet insists you are doing whatever you're doing wrong. Now, I love Sean, and in many cases, he's right: I am doing it wrong. But today that was not the case.

After I finished cooking the pork, the directions called for stirring dijon mustard into the skillet drippings, then whisking in marmalade and orange juice. No sooner had I dropped a dollop of dijon in the center of the skillet than Sean said, "Um...I don't think you were supposed to do that in the same skillet."

I, being a defensive Latina, was like, "Yuh huh! What do you know?" And then he tried to convince me that, despite the fact the instructions didn't mention it, I was supposed to transfer all the ingredients to a sauce pan. Needless to say, I ignored him and the sauce came out perfect, as evidenced below. Sean, I'm sorry to rat you out to the Internets. 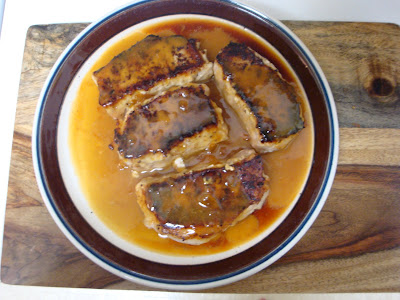 I'd like to take a moment to sing the praises of Uncle Ben's Instant Rice. It cooks perfectly and the only step is "Open bag. Microwave bag. Remove rice." It was ridiculously easy. My Backseat Chef, however, made sure to tell me that I shouldn't have bought the butter-flavored rice, so next time, we'll be cooking the plain white. 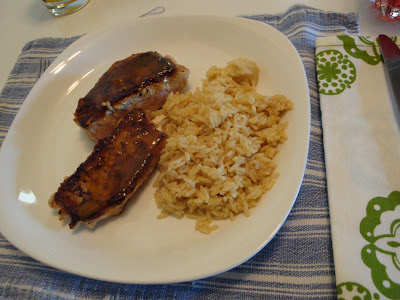 And LOOK, only one disaster: 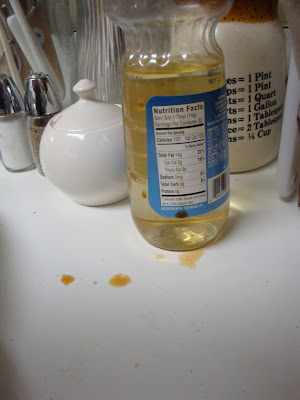 I thought about making these, but Mallory doesn't like pork, and I never have marmalade. Which i should get, because apparently it's very useful.

I love pork, so obviously I liked it, but seriously, it was delish. The combo of cinnamon in the Jerk seasoning with the orange-y goodness was really good.

meat thermometers are cheap and invaluable. and, uh of course you can whisk the sauce in the same skillet. thats how you get all the little yummy brown bits off the bottom of the pan and into the sauce!

You are doing such a great job! You are cooking regularly better than Jon and I do (and we both like to cook... he wants to be a chef!) By the time I am able to visit you, I expect you to have a decently large cooking resume. Hah.

it kills me that people over cook pork. pork can technically be pink and still "safe" to eat. but this is from a guy who lives for beef tartar and rare lamb.

Haha you were definitely right! Don't listen to Sean. The only thing he can cook is frozen pizza and Ramon noodles!

You really are doing a great job Amber! I update my parents on your progress and they are very impressed! Kudos to you for putting up with Sean's pickiness :) my mom feels your pain!

Katie and Sara, thank you so much! It's funny; I keep getting cocky and then I realize all I've really done is grill things in a skillet.