Did you have the most wonderful New Year's Eve? Sean and I were soooooo low-key. We originally thought we'd be in the DC area, but at the very 11th hour during the week of Christmas, we opted instead to stay home. It was too late to make reservations, and we were totally tuckered out from holiday travel, so we decided to see a movie, make fancy dinner at home and kick back two bottles of asti spumante. 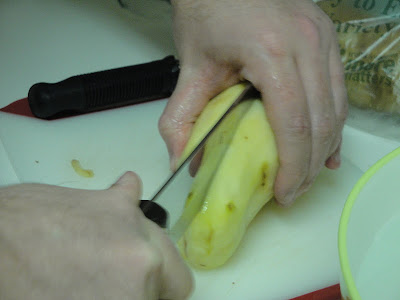 The real excitement was using my mandolin slicer!! We decided to make steak frites au poivre (we've made it before, here). I was super pumped to break in the new mandolin slicer, so this time we made fries at home.

A word on at-home french fries: they are time consuming, and somehow TOTALLY worth it. I can't explain why they're better than frozen french fries, but they are.

We sliced a large russet potato in two halves, then stuck one half with the handle part of the mandolin slicer. 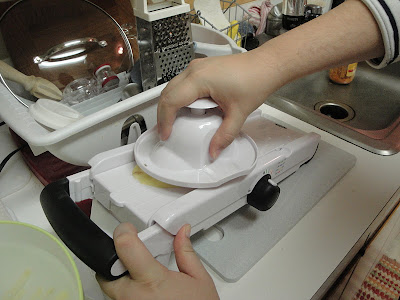 I changed the blade to the "french fries" slicing blade and made sure it was nice and narrow so I could have skinny mini fries. Using the slicer is BEYOND easy; it's just a sliding motion, and all the sliced veggies end up directly below. 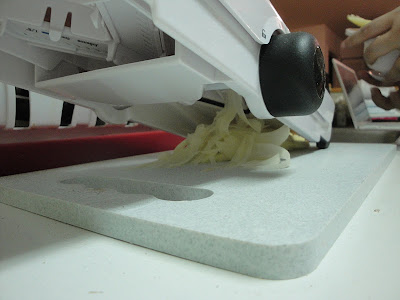 See? French fries. We soaked them in cold water for the length of one episode of "Curb Your Enthusiasm" and a couple glasses of rose asti spumante. 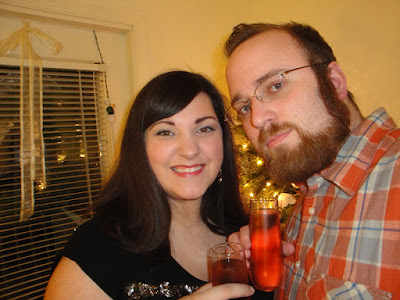 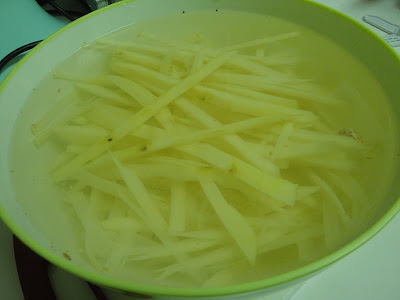 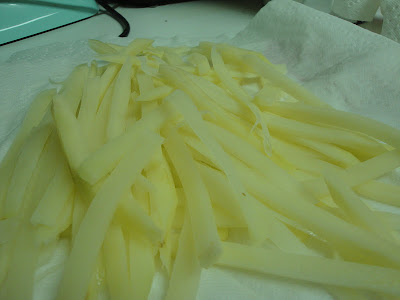 We drained the fries and then rinsed and patted them dry. 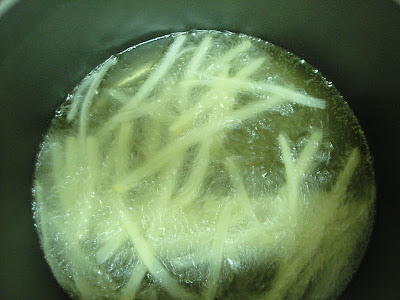 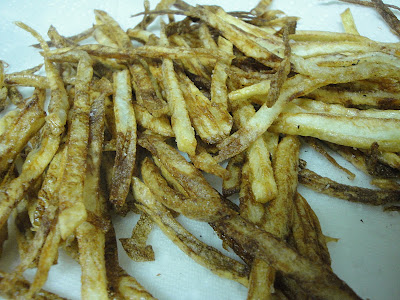 When they're REALLY golden, place the fries on a paper towel-lined cookie sheet and salt them immediately. Success! I covered them with aluminum foil to make some attempt to keep them warm. 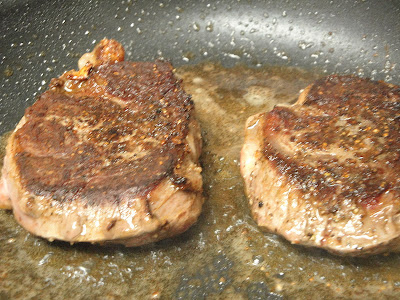 Meanwhile, it was steak-making time! I covered two filet mignons with crushed peppercorns and salt, then fried them in butter and olive oil for five-six minutes on each side.

To make the sauce, you have to move quickly and it gets SCARY up in this janks. I removed the steaks and tented them with foil, then poured out the extra fat. Then I added 1/3 cup of cognac and lit it with a lighter and shook out the flames. It was way scarier this time than last time, and definitely set off all the fire alarms, but whatever. It's worth it. Then, add a cup of cream, bring the mixture to a boil and then add a teaspoon of cognac and some salt. When it's thick enough to cover the back of a spoon, it's on.

Add the steak to the sauce and cover it, then plated it and spooned more sauce over it. 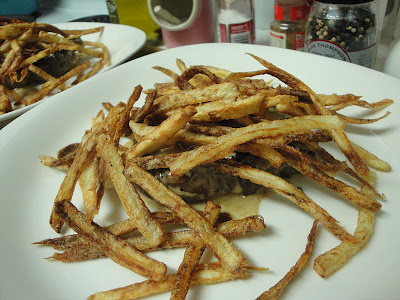 And then COVERED the steak with fries. I can say with all certainty, it was the perfect steak. An eensy bit past mid-rare, which is my comfort zone, delicious sauce and crispy salty french fries.

The sad part was that we were starving, so it was gone immediately. 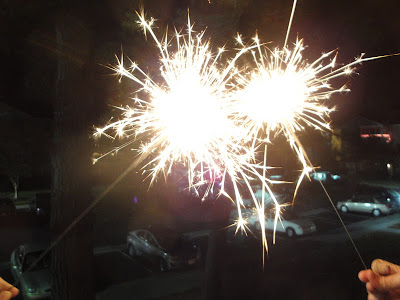 At midnight, we went outside to light some of our leftover wedding sparklers. 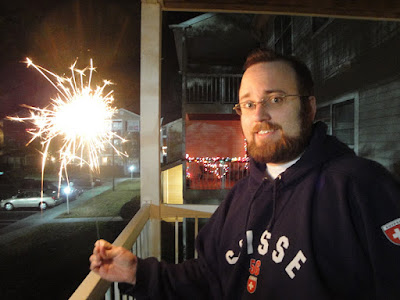 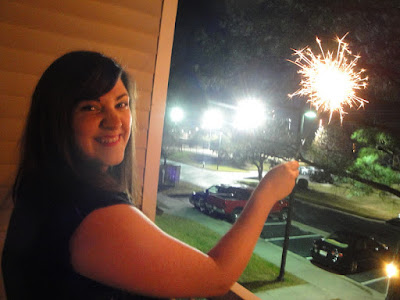