How to Sew a Pillow, the Inexperienced Way 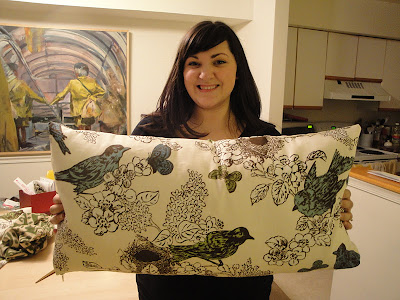 As you know, I recently tackled my first sewing project — a lumbar pillow. Now, I want to take you, my reader, with me on this journey of sewing, but I want to be clear: I don't know what the hell I'm doing. So me giving advice is pretty silly, but hey, maybe one of you has no clue where to start and the other 5,000 online tutorials were no help! Join me on my sewing odyssey... 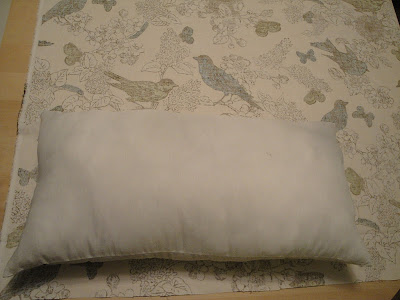 So first off, I laid out the fabric and placed my pillow on top of it, just to get an idea of what part of the pattern I wanted to be on the front of the pillow. Once I chose a section, I measured an inch around the edge of where my pillow had been. I don't think this is the way people normally do it, but I had no idea what to do.

Using that piece as a template, I cut out a second identical piece, making sure that piece would make a nice backside. 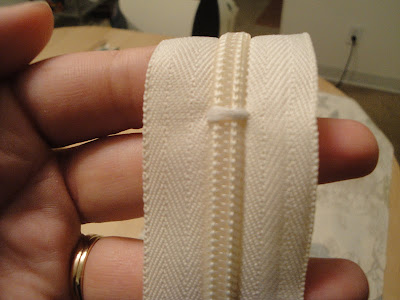 The zipper I bought was too long and I had no idea how to rectify that, but I looked on the Internets and they told me to sew a whipstitch (youtube it if you don't know what that is...I did the same thing) to create a new stop. Once the stitch was in place, I just snipped off the rest of the zipper. 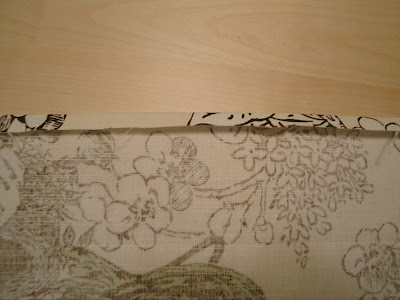 On each piece of fabric, I ironed about an inch of the top of the fabric, then sat down to sew my first stitches. 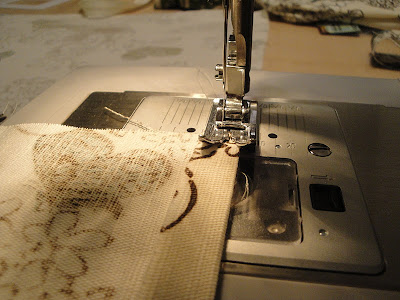 I set the machine to straight stitch, and went for it. I sewed slow and steady, but I still wavered enough that my lines were not straight. Story of my life. Once I had sewed the ironed sides, I pinned one side of my zipper to the hemmed part, with the zipper facing the good side of the fabric. I then sewed another line to attach the zipper, and then did the same to the other side. 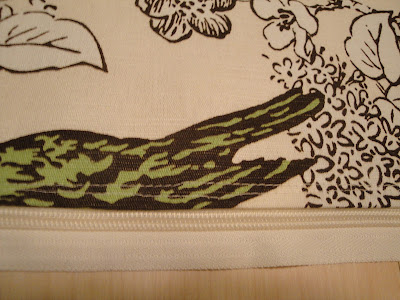 Once one side was done, it looked like this. Those hemmed sides help hide the zipper a bit, and make it look more finished. 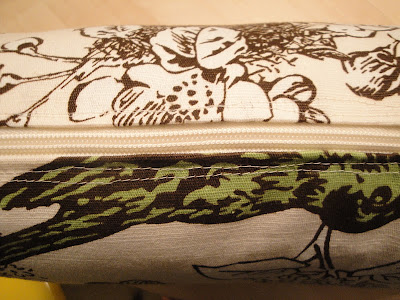 And this is how the zipper looked when it was done. So, sew each side inside out. After I sewed each side, I would put the pillow in to see how I was doing and whether any sides of the fabric needed to be trimmed.

I was very excited to sew the last side and then — oops — realized I had sewed all four sides without leaving an opening for my pillow! Rookie mistake! Thank god for the zipper...I was able to shimmy it down enough to open that side of the pillowcase and stick in the pillow form. 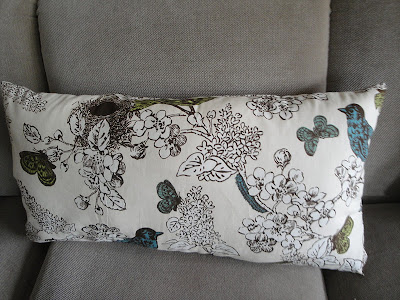 And in time, it probably took 3 hours of work, and that was a lot of scratching my head and pondering things. Hopefully my next pillow goes even quicker!
Posted by Amber at 11:00 AM