When we were in New York last week, I ordered pea and lemon ravioli and though it was delicious, I couldn't help making sideways glances at Sean's steak frites. Steak frites are quickly becoming my favorite food, which is bad news for my arteries but good news for my tastebuds. I spent the week after craving steak au poivre and fries, and decided, what the hey, let's try to make it at home.

Before we get too ahead of ourselves, I'll let you know I don't have a mandolin slicer or a deep fryer, so homemade shoestring frites weren't going to happen. I just bought Ore-Ida Shoestring fries, and they worked fine in a pinch.
For the steak au poivre, I used Alton Brown's recipe. 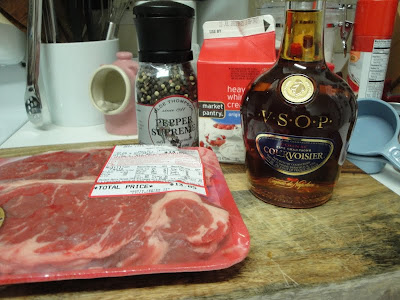 How you know this dish is decadent? It involves passing the Courvoisier! 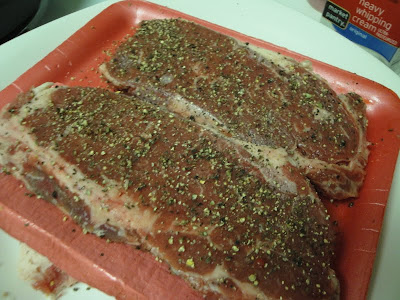 The recipe calls for crushing peppercorns and covering two steaks with the pepper; I have a peppercorn grinder, so I did that instead. I think it could have used an eensy bit more pepper, but it was still good. 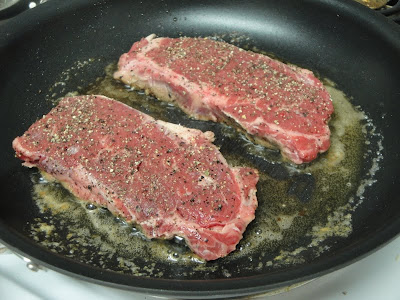 I cooked the steaks in butter and olive oil (we are for real going to die young for this dish), then set them aside and tented them with foil. This is the exciting part! I disposed of the extra fat and moved the pan off the heat, then added 1/3 cup of Courvoisier. It immediately started to sizzle, so I had to work fast to light the cognac on fire with a long lighter. Then I had to shake out the flames. It was an exciting 20 seconds. I have no idea what the fire is supposed to do, but it's fun. 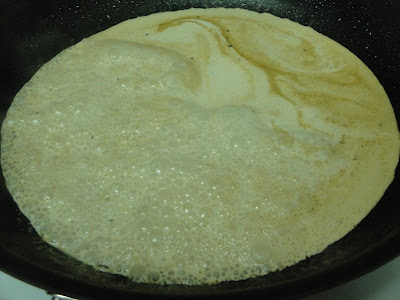 After the excitement died down, I moved the pan back to the heat and added a cup of cream and let the sauce thicken until it coated the back of a spoon. I added salt, although I think I could have added more, and then added the steaks back to the pan. 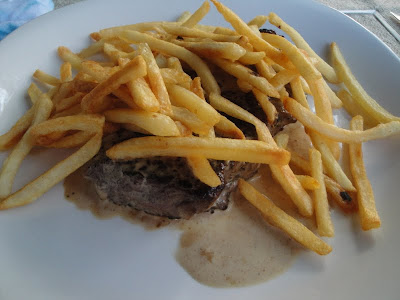 Finally, I plated the steaks, spooned extra sauce over them and topped with fries. It was delicious and totally satisfied that craving! Plus I got to give in to my inner firebug!
P.S. Sean is not a cream lover and even he loved this dish, so seriously, try it.
Posted by Amber at 1:45 PM