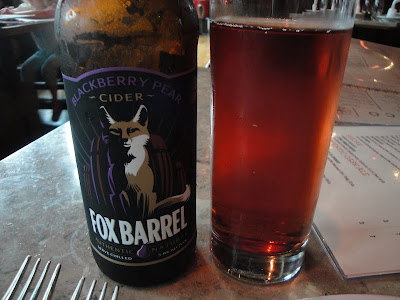 Although we were only in DC for Saturday and Sunday, we managed to have a couple great meals in Old Town Alexandria (where my lovely in-laws live). For dinner on Saturday, we went to Rustico, a creative Italian-influenced restaurant with an incredibly lengthy beer menu. I chose blackberry pear cider, and it was the perfect summer drink! 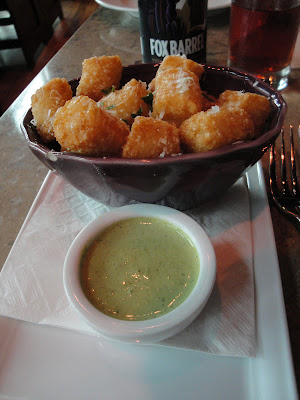 For a starter, I had a helping of risotto "tater" tots with pesto aioli...they were delicious and would make amazing party food. 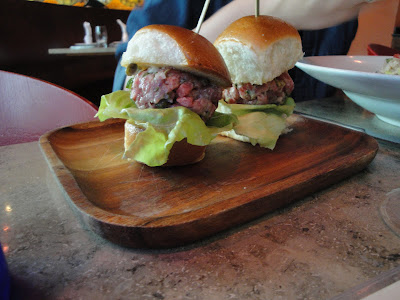 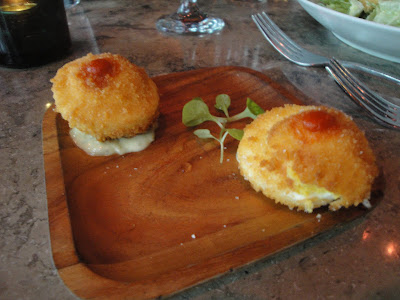 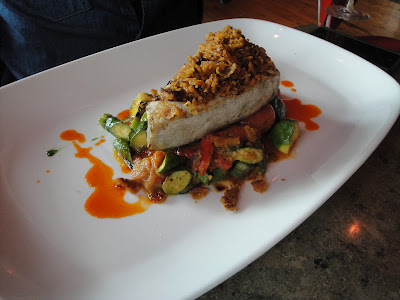 For our entrees, Bret ordered swordfish over ratatouille, which was great inspiration for using up the summer bounty of veggies. 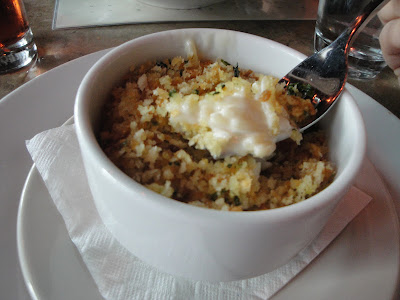 Ash and I both couldn't resist the pretzel-crusted mac and cheese...but we're thinking the execution can be improved upon. Orzo doesn't really work as a mac substitute, in my opinion. 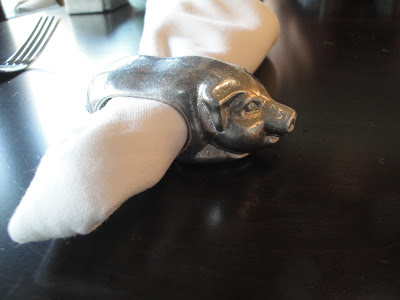 On Sunday, Katie, Bret and I had a fabulous brunch at Jackson 20, a Southern-inspired restaurant in the Monaco Hotel in the middle of Old Town. Don't you love the cute little piggies? 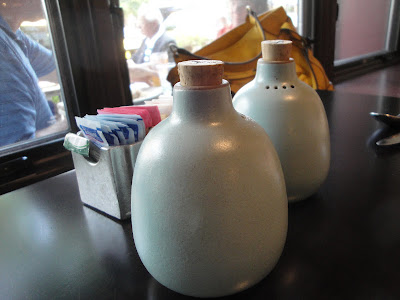 I loved the Heath Ceramics salt and pepper shakers, mostly because we have the sugar and creamer set from this line! 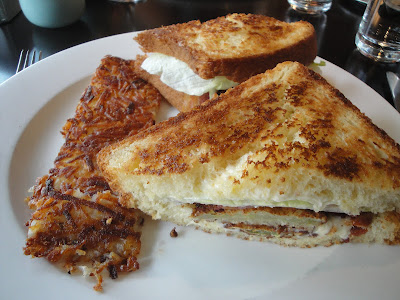 I ordered the BLT with hash browns and it was great, although a bit hard to keep together. 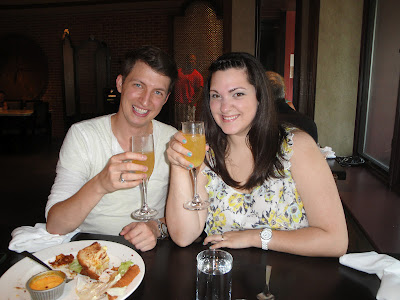 But, the best part of the meal were by far the $12 bottomless mimosas. When they say bottomless, they aren't joking; nearly every sip I took was refilled!

It was a great little weekend trip and I can't wait to go back to Rustico to try some of their awesome pizza toppings.
Posted by Amber at 1:30 PM

Email ThisBlogThis!Share to TwitterShare to FacebookShare to Pinterest
Labels: eating out, Northern Virginia