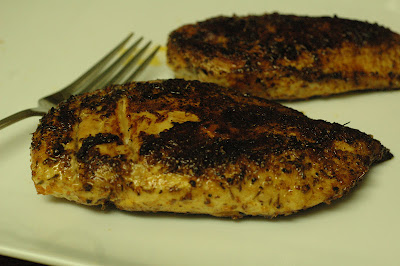 The first time I tried an empanada, it was love at first bite. Sean and I had visited a tapas restaurant in Pittsburgh and I think he was lucky to get even half a pork empanada, because I devoured the plate. An empanada, if you're not familiar, is like the South American equivalent of a calzone; consider it the original Hot Pocket, minus the terrible queasy feeling so memorably captured by Jim Gaffigan.

I used this recipe, and while they turned out great, I plan to use this dough recipe in the future. It's more authentic to include the vinegar, but if you skip it, you'll still end up with deliciousness.

I started out by grilling two chicken breasts with blackening spice, then shredding them with two forks. 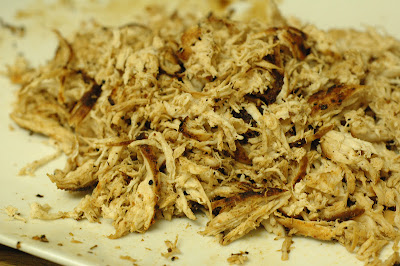 Like so. I set the chicken aside to mix up later. Now's a good time to tell you: empanadas are what I'd call "weekend cooking." I made them after work, and I literally was working on this from about 7 p.m. to 11:30 p.m. I refrigerated them overnight and they were still delicious when I baked them the next day, so it can be done. 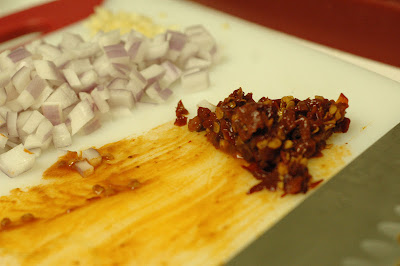 I then chopped up red onion, garlic and two chipotle peppers in adobo sauce, reserving a tablespoon of the sauce to add later. 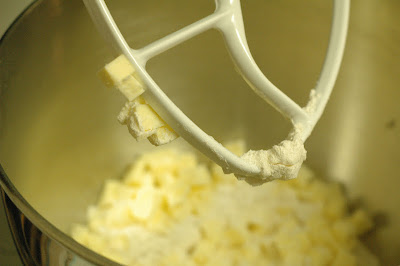 Next, I cubed a frozen stick of butter (probably my least favorite prep job ever) and mixed it with flour, baking soda and salt until it formed a crumbly mixture. 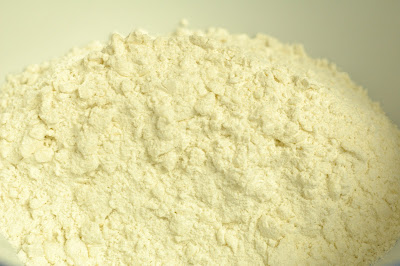 Like so. I then put the mixture in a mixing bowl and added a lightly whisked egg, milk and ice water. One YouTube video I watched recommends mixing all of those items together with the vinegar and then adding it slowly. I mixed it all up with a fork (then eventually my hands) and dumped the mess out onto my lightly floured, aluminum-foiled counter. (P.S. I thought that would make for easier clean-up...nope. Don't even bother.) 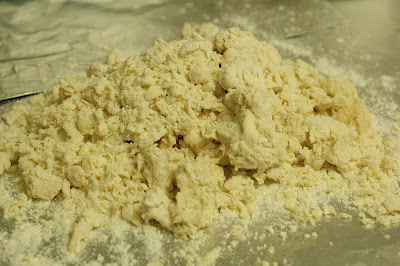 It still looked way too loose to me, but eventually I was able to work it into an oval shape, put it on a plate and stick it in the fridge for an hour. 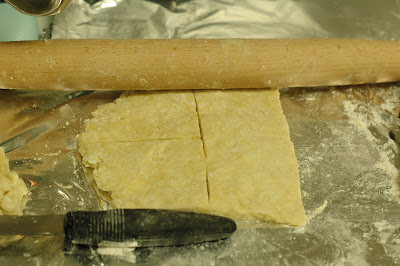 I pulled it out, rolled it out, then scored it into smaller squares (these are only half of the entire amount). 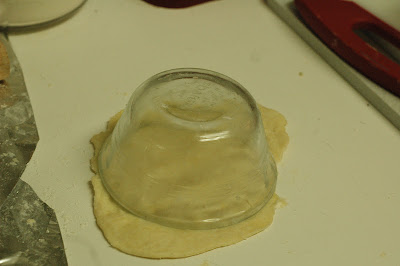 I rolled each square into a ball, flattened it with the heel of my hand, then rolled it out. Using a pyrex bowl (I was making mini empanadas!), I cut out the shape of a circle. I placed all of the empanada circles on a plate and stuck them in the fridge while I made the stuffing. 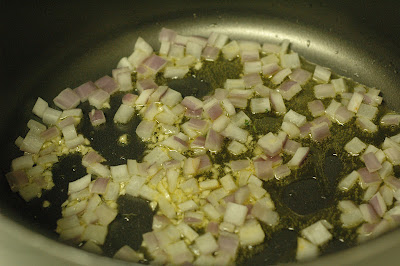 I sauteed the onions and garlic in olive oil until the onions were translucent, then quickly added the chicken, cumin, salt and pepper, chipotle peppers and adobo sauce. The mixture doesn't need to be moist; you want it to be dry so the dough won't become soggy. 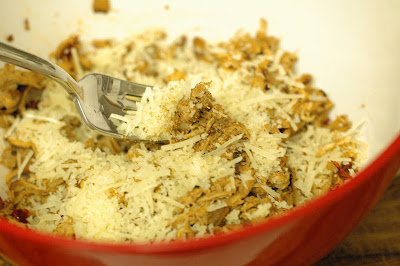 A hard cheese is recommended, and although I had manchego, I was too lazy to grate it. I used parmiggiano reggiano and it worked great! I added the cheese, plus coriander and mixed it all up, setting it aside to begin the assembly. 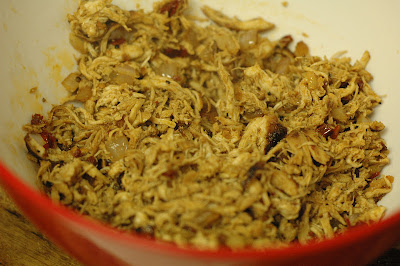 This is what the finished stuffing looked like...aka deliciousness. Sean ate the leftovers with rice; I think they'd be great for tacos and tortilla soup! 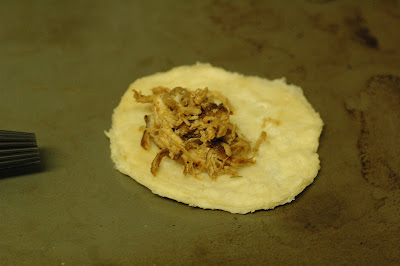 For each empanada, I placed the mixture slightly off-center, then brushed the edges of the dough with egg whites. 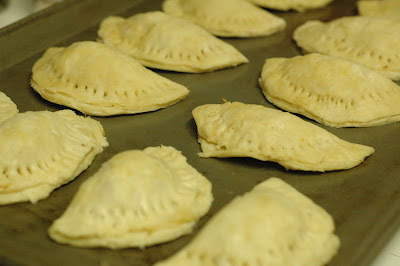 Once folded over, I pinched the edges together, then made indentions with the back of a fork. This makes them look like cheerful little pies!

When it came time to actually cook them, I preheated the oven to 400, then baked for 20-25 minutes until the dough looked flakey. 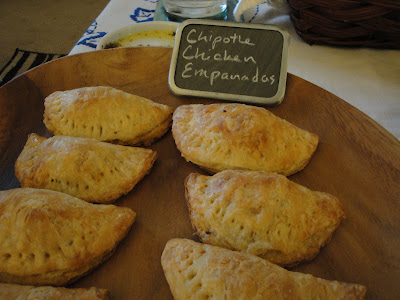 Et voila! They seriously disappeared fast, and are perfect party food. You can really play with the ingredients, too; I've had excellent empanadas made with pork, beef or chorizo.