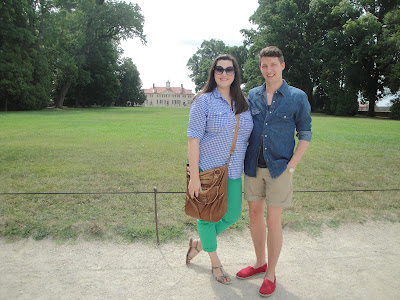 My platonic life partner Bret and I had an excellent weekend conquering the DC area! We ate some amazing food, drank some great wine, visited Mt. Vernon and saw a great play. Eating out merits a post of its own, but for now, I thought I'd share some snapshots from the weekend. 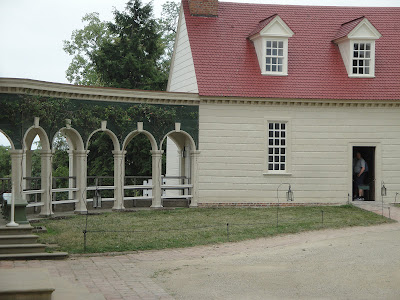 If you've never been, Mt. Vernon is definitely worth a trip! I won't lie, as Founding Fathers' homesteads go, Monticello is my sure favorite. But Mt. Vernon has an undeniable grandness; it paid to be a surveyer back then...you got the best real estate!

We learned on the tour that Mt. Vernon is actually a wood house, with planks beveled and painted to look like stone. It has beautiful arched porticos with climbing honeysuckle...just heavenly. And nothing beats the location overlooking the Potomac. 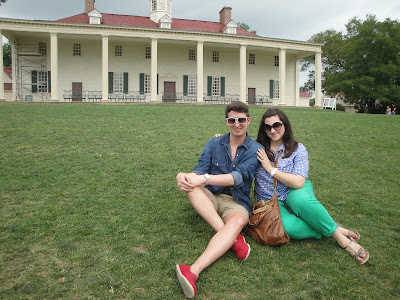 Bret and I thought it the perfect spot for a fake engagement photo shoot. 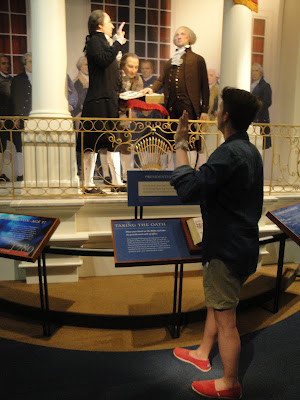 If you haven't toured in recent years, it's full of surprises! Its newer museum is full of interactive fun, with goofy movies and a spot where you can pretend to take the Oath of Office. It snows during a movie about famous battles! 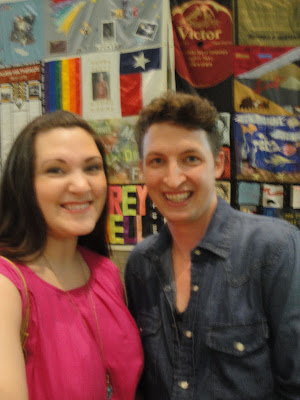 Later Saturday night, Bret and I went to see The Normal Heart, an incredibly heartwrenching play about the outbreak of the AIDS virus and the gay men who tried to stop its rampage in the early 80s. The entire audience was weeping and sniffling by the end, but it is 100 percent worth seeing if you get the chance. A movie adaptation is said to be on its way.

So, now you've seen the activities...let's get to the eats! I'll be posting about our culinary adventures later today.
Posted by Amber at 10:30 AM