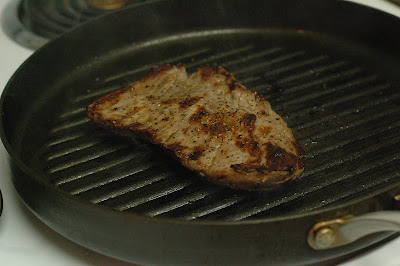 At Christmastime, I had the amaaaaazing tequila lime pasta with steak tips at Mike's American Grill and I've basically been craving it ever since. The other day I realized I had most of the ingredients on hand (unfortunately no tequila, though), and thought I'd give it a shot. What I ended up with didn't taste as good, but it was a fun twist on a cream pasta.

First, I grill pan'd up some skirt steak while I boiled fettucine. 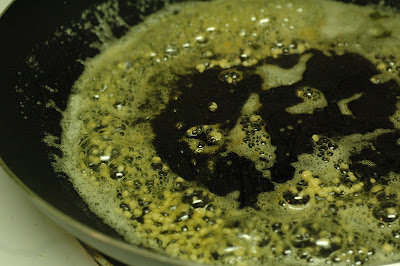 In a pan, I melted butter, olive oil and minced garlic. 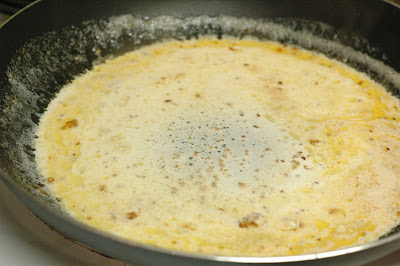 Once I was satisfied, I added cream (eye-balled it!) and let the mixture come to a boil, then simmer. I then added the juice of one lime (honestly, I would use a little less next time) a sprinkling of chipotle pepper and a sprinkling of cumin. 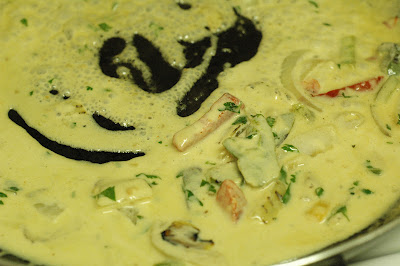 At the end, I added some fire-roasted peppers (I like the kind they sell at Trader Joe's), chopped cilantro and the pasta. 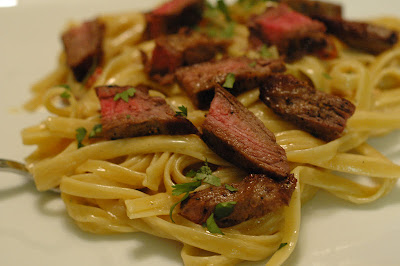 And topped it with the steak and cilantro. It was a little too limey for my taste, but was a fun twist on a citrus cream and a GREAT way to use up some of the ingredients you'd typically have on hand for fajitas or, in my case, Argentine food. I still want to try some of the recipes floating around the internet for tequila lime cream!
Posted by Amber at 12:00 PM