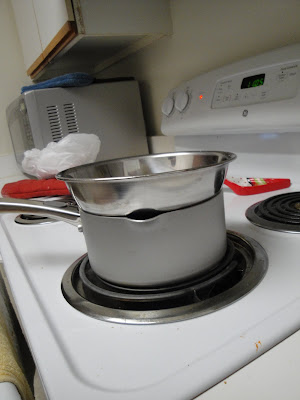 On Wednesday, I tried to accomplish the impossible and I failed. And succeeded. AT THE SAME TIME.
I tried to make homemade queso blanco like they serve at almost every Mexican restaurant, including my fave, Plaza Azteca.
I fashioned a double-boiler and assembled my ingredients. 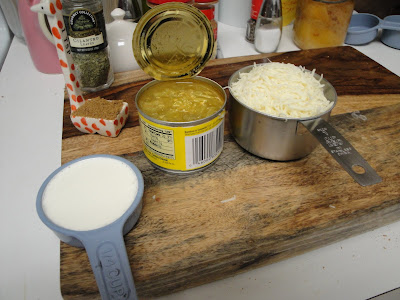 I found a Mexican-mix shredded white cheese at the supermarket similar to that described in the recipe; I used a cup of that, plus a can of green chiles, 1/4 cup of heavy cream, diced onions and cumin. 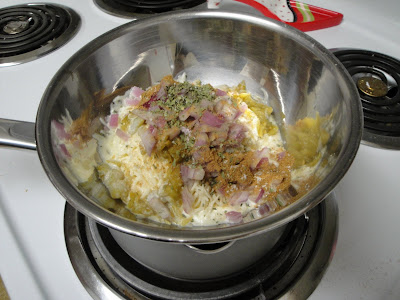 I dumped the whole thing, with some cilantro, in the bowl and waited for the magic to happen. 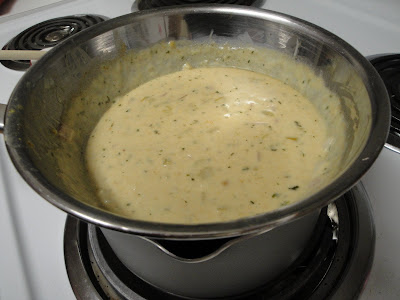 And I ended up with this. Which was good, but NOT the deliciously decadent cheese dip they sell at Plaza.
I checked around the internets and found most recipes were similar to this one, which tells me two things:
So the search continues for the perfect cheese. I know you can buy this dip pre-made, but I'd love to be able to come at least close to replicating it. In the meantime, the dip I made was still delicious and quickly devoured by our guests, so you should give it a whirl.
EDIT: I should note that I have tried the store-bought kind and it's perfect. I just wanted to see if I could do it.
Posted by Amber at 1:30 PM

was it too liquid?... 'cause my chili con queso didn't have cream in it and was a good cheesy consistency until it got almost eaten and then it stated getting rubbery

Amber, the BEST cheese to use for this recipe is sliced, white American cheese. Sounds crazy, I know, but it's PERFECT. Also, instead of green chiles, I've used diced, pickled jalapenos. Add a little cream or cold water and it comes out exactly like the queso dip that Plaza serves.