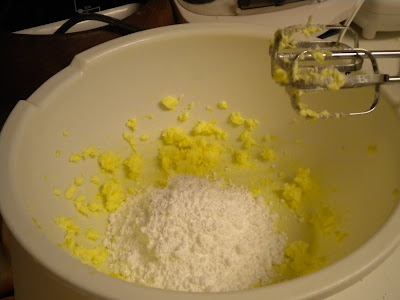 Omilordy, you guys. I made these cupcakes forever ago, but through a combination of technical difficulties and life difficulties, they didn't make it to the blog until today!
I've had the craving for orange cointreau cupcakes for a long time; I purchased the Cointreau months ago and then it just didn't happen. So when Sara came to visit, I decided it was time to try my hand at the alcoholic treats.
I decided to make classic no-fuss Duncan Hines white cupcakes and focus my efforts on making this Orange Cointreau frosting.
We had a bit of a comedy of errors. We didn't have enough confectioners' sugar, so Sean had to run out for more. Then we dumped it in with the butter too quickly and had to separate them all over again. Then I forgot to separate the eggs, so we had to go with the whole egg cake recipe. It was a mess. But the taste? That was anything but a mess. 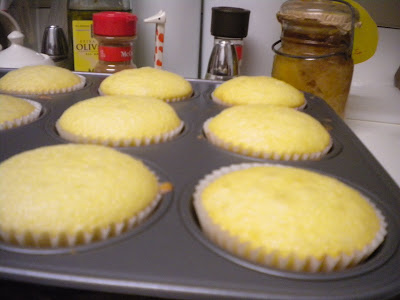 My lovely cupcakes, as photographed by Sara. 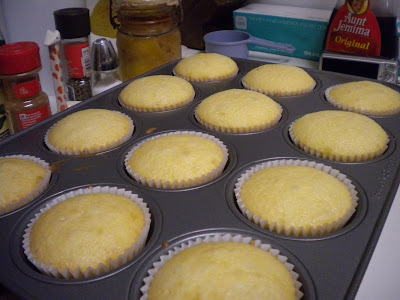 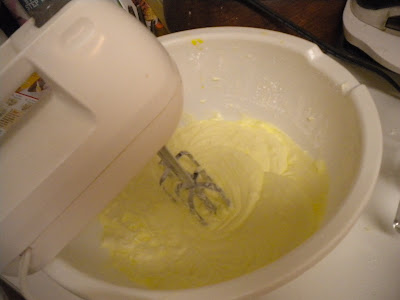 Sara deserves mad props for doing most of the heavy lifting with the icing. She zested the orange while I cut the butter into small pieces and she also did a lot of the blending.
For our first buttercream icing, we were pretty impressed. I think it was a little drippy, but hopefully with practice, I'll get the consistency just right. The recipe produced enough icing for two boxes' worth of cupcakes. 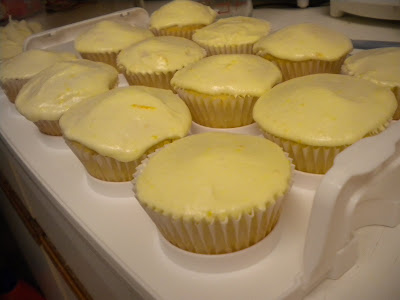 The iced cupcakes, ready to eat! The icing was perfect...sweet, but zesty. These would be great cupcakes for a summer picnic.
Posted by Amber at 11:12 AM

Email ThisBlogThis!Share to TwitterShare to FacebookShare to Pinterest
Labels: baking

"Omilordy", that was a really funny opening. These cupcakes were very good. My daughter prepared them and added a few little things. Keep up the great work with your articles and please stop by my health blog sometime. The web address is http://healthy-nutrition-facts.blogspot.com/.