DISCLAIMER: I wrote this days ago, but Blogger was acting up and it never posted, despite repeated attempts. So here it is, many moons late! 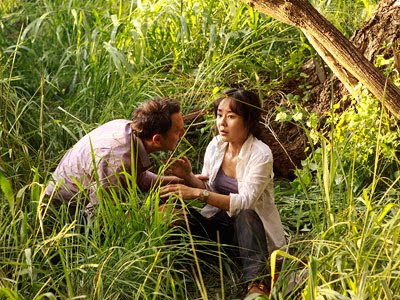 Forgive me, I've been a bit busy this week and kept forgetting to recap LOST. That might be because that was such a very forgettable episode, was it not?
Seriously.
Here's the gist of what I walked away with from Tuesday's episode:
I love Jin and Sun and again, this was not the Sideways tale I hoped for. But it moved the story along nicely, and confirmed my theory that the Sideways world shows us how fate works. The difference is what you do with it.
Posted by Amber at 11:00 AM