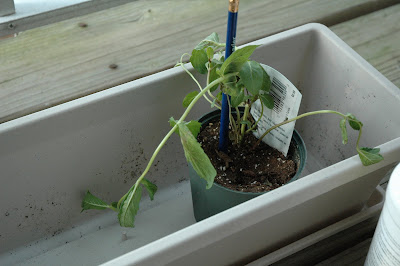 I promised some updates about my gardening trials and tribulations. When we did our first plant-buying trip, we didn't buy enough potting soil (cause we're dummies), so I let my basil and mint chill in their containers for a day until I could run out for more soil.
Um....my mint looked pretty depressed about it when I finally made it home with more soil. I'm also a little nervous that my mint, which supposedly grows like a weed, will overtake my basil. But I spread them pretty far apart and I feel like they're fairly similar plants, so they seemed like a natural pair. Let me know if this could have dire consequences! 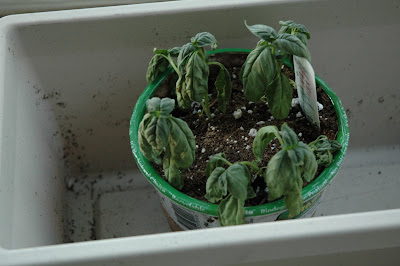 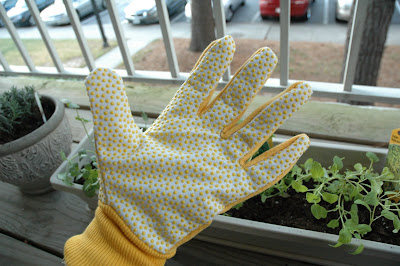 I pulled on my brand new gardening gloves and commenced my replanting project. I learned too late that you're supposed to line your pots with newspaper or rocks in an effort to keep the soil in while letting the water out...or something like that. 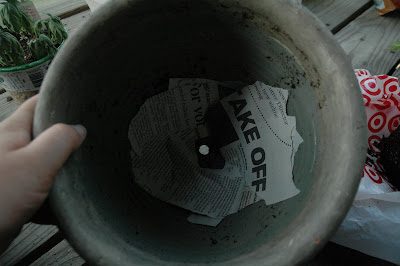 So I tore up some newspaper and did this...which may or may not be what the articles had in mind. I guess we'll just find out, won't we!
I couldn't really juggle the camera + the gloves + the soil to photograph this part, but I then removed the plants I'd already potted, pulled at their "rootballs" to tease them out a bit, added a bit of fertilizer to the soil and then replanted them. 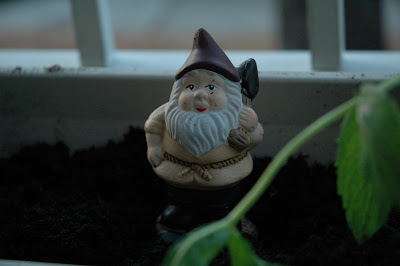 I couldn't resist picking up this little guy for my planter. I haven't named him yet...any suggestions? (P.S. he was $1 at Target!) 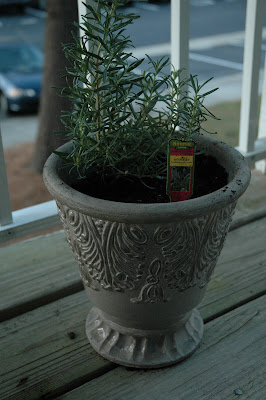 I planted my rosemary in a separate planter because a co-worker advised me it will spread fast and overtake a garden if you don't watch it. 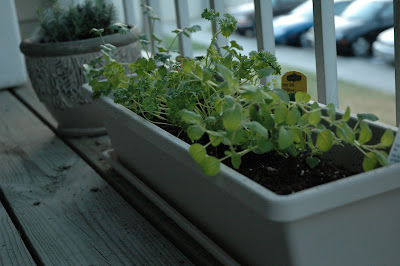 And I have a planter of oregano, cilantro and parsley. In the back, I have a planter of French lavender. I really, really hope that one works out.
So that's my little garden so far. It looks super sparse on the porch; I'd love to get a potted hydrangea or rose bush or something, just to make it look more lush and colorful. But right now, this garden is all function. I can't wait to pick up some rum and make mojitos, or use the cilantro in tacos!
Posted by Amber at 12:00 PM

Email ThisBlogThis!Share to TwitterShare to FacebookShare to Pinterest
Labels: garden

it looks good! honestly, i'd be really careful about planting mint close to anything. we had an outdoor herb garden not long back, and it took over everything.

but, i LOVE your garden gnome! mom and dad love that kind of thing, and i think it looks really cute all tucked back in plants.

I had a hunch that could be a problem. I might replant it once again. lol. And maybe plant some other moisture-loving herb with the basil.

I've had a soft spot for gnomes ever since I first saw "Amelie" many moons ago.