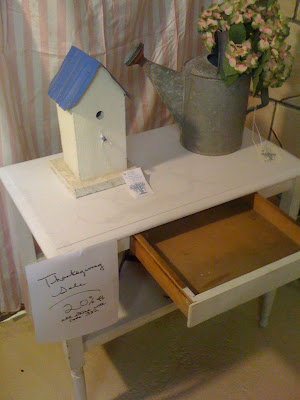 Way back in December, my sister-in-law moved into a new apartment and wanted to get a new look for her new bedroom. She's always loved the shabby chic look, and we liked the idea of finding her a table that could work as a nightstand...something to spiff up a bit.

We had only been shopping for a few hours when we found this little white table on super sale; it was perfect, with a little drawer and a shelf below. It was on super sale at Potomac West Interiors in the Del Ray area of Alexandria, Va. 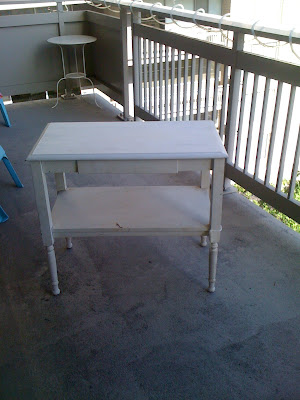 Katie loves yellow and wanted to bring some sunshine into her room, especially because she works nights and doesn't get to see the sun too often! She decided to paint it yellow.
She sanded the table with a square sanding sponge and used sandpaper for the legs. 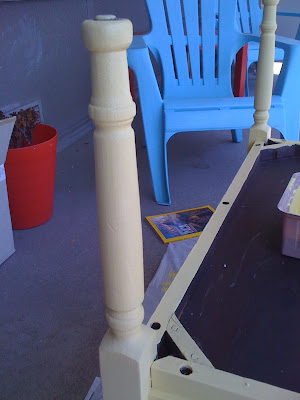 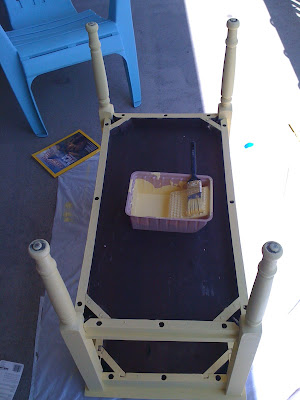 She didn't have a tarp or dropcloth, so resourceful Katie used two garbage bags, split apart! 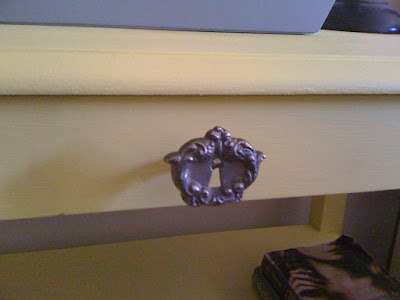 She liked the idea of giving it an older look with hardware, and at the time, Anthropologie was selling fake keyhole knobs. She added this one. 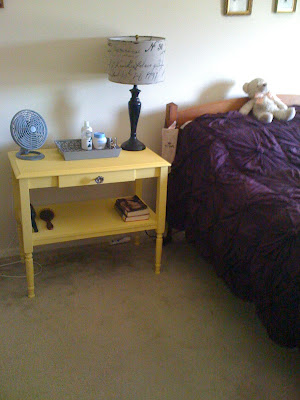 Et voila! Finished look. We did a bunch of stuff for her room all in that one shopping weekend...she also bought the rosette bedding from Anthro, and the lampshades were on sale at Pottery Barn. The lamps, I think, were from Target. Above her bed are the framed skeleton keys we did here.
Yay Katie! Unlike me, Katie actually delivers on her project plans!
If any of you would like to share a DIY project, feel free to email newlydomesticated(at)gmail(dot)com.
Posted by Amber at 11:38 AM

Love the post! I feel so special that my project was featured on Newly Domesticated!!

Ps. The lamps were from Target.