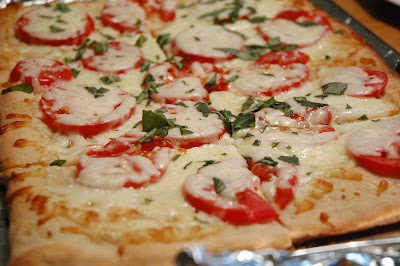 Our wine club continued our journey around the world on to Italy, a country Erica chose to honor in preparation for her upcoming nuptials to a bonafide Italian-American. Because my favorite food group is carbs, I was pretty excited. 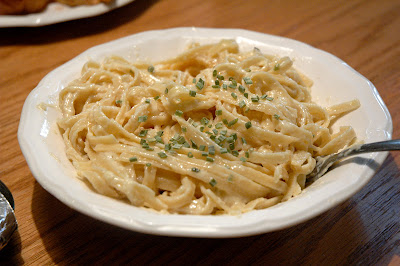 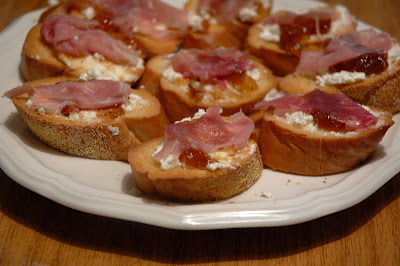 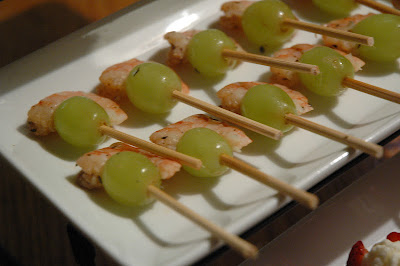 and this strangely wonderful combo of drunken grapes and shrimp... 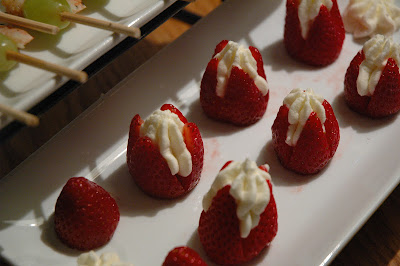 With strawberries stuffed with mascarpone! 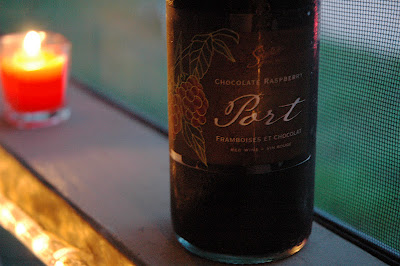 Ashleigh brought this chocolate raspberry port that a coworker specially mixed and bottled! It was very good, like a liquid truffle. 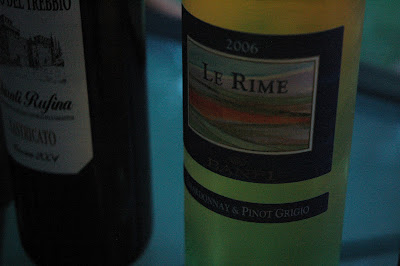 We also had this Le Rime chardonnay and pinot grigio blend, which was a bit too spicy for my taste, but everyone else liked. 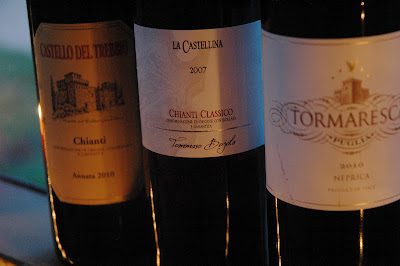 Jen visited Italy a few years ago and brought us two bottles of the same wine from the Castello Del Trebbio winery in Tuscany — one from 2004 and one from 2011. We compared both and although the older bottle really held up well, the younger one was a bit tastier.

We also sampled another chianti from La Castellina winery, and it was fruity and smooth. I'm just a chianti fan...it's so easy to drink, but it'll sneak up on you if you don't watch how much you've had!

I brought Tormaresca Neprica, a great blend of negroamaro, primitivo and cabernet sauvignon that was just the right mix of fruity and spicy.

Italian wine night was pretty much a success, as evidence by the tipsy conclusion of a mostly clothed swim in Erica's new pool! Nothing like swimming in your work clothes to finish the night.
Posted by Amber at 11:30 AM

Email ThisBlogThis!Share to TwitterShare to FacebookShare to Pinterest
Labels: wine