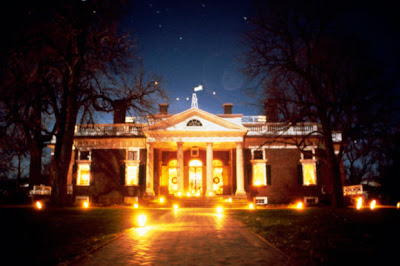 This past weekend, my friend Andi and I ventured westward to Charlottesville, where we went on the Monticello holiday evening tour, a special chance to see the home at night and hear a little bit about the family's holiday customs.

Truth is, early Americans didn't have too many customs resembling ours today; the Christmas tree wasn't common in the U.S. until the 1840s. But they did give gifts, like gloves for the ladies or books for Jefferson. The real draw for the tour, though, is the chance to visit the Dome Room, which is almost never open to guests.

Bear with me...it was impossible to get good pictures with my point and shoot! 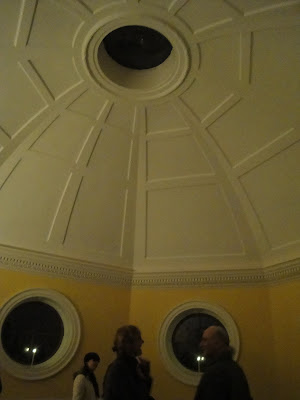 Jefferson was very inspired by classical architecture in Europe, none more than the works of Andrea Palladio. He was so obsessed with the idea of having a dome in the colonies, he did whatever it took. This was the first domed room in Virginia. 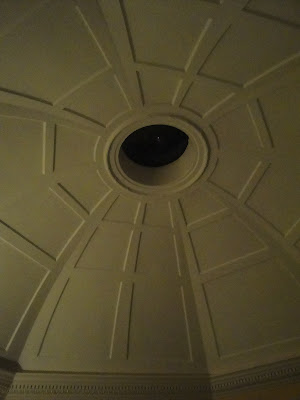 But it was located on a barely used third floor, up the narrowest, steepest stairs you can imagine (seriously! it was scary!) and it's a drafty room. It amounts to a very fancy attic...but a pretty one!

Andi and I also took the time to visit one of the my favorite places ever — the Downtown Mall, home to three of my favorite stationary/home stores: the sprawling and beautiful Caspari flagship store, Rock Paper Scissors, and  O'Suzannah. If I ever opened a store, I would want it to be as fun and absorbing as those three.

We also had a fabulous dinner at Brookville Restaurant, a cozy restaurant tucked upstairs above Escafe, across from the Regal movie theater and neighboring ice rink. Brookville sources all its ingredients locally and has a menu that changes weekly. 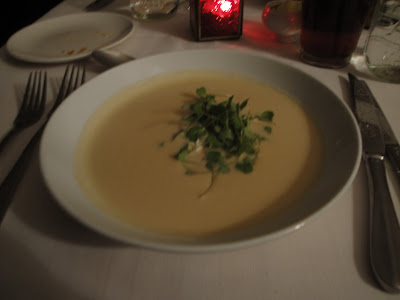 I had apple soup (!!), which was like nothing I've ever had. It was tart and a little spicy...good, but very different. 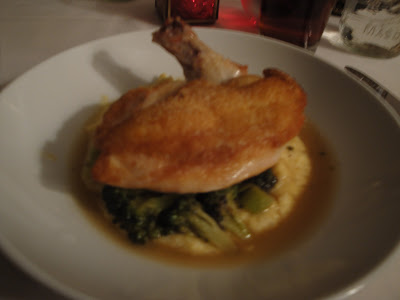 And a perfectly cooked bone-in chicken breast, with a salty crisp skin, on a bed of broccoli and polenta. 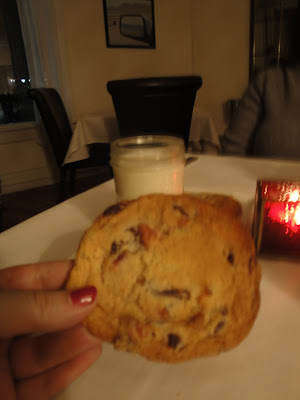 And to finish, the best part: bacon and chocolate chip cookies, with a glass of milk. Delicious!

P.S. Charlottesville is about two hours from Hampton Roads, and it was a very do-able day trip. We went up after noon and were back by midnight, so it's very possible to have a little day-long escape to the mountains.