Guest Review: The Men of the Golden Globes 2015

Note: My dearest friend Bret pointed out I always leave out the mens' fashion and I admitted I usually run out of steam just getting through the women. So, he graciously is providing his commentary today on the real eye candy of awards shows!


Hi there, Blogisphere! Since I noticed our dear friend Amber left us deprived of any rugged masculinity and I know our thirst is real, I took it upon myself to supply us all with some Man Candy commentary! 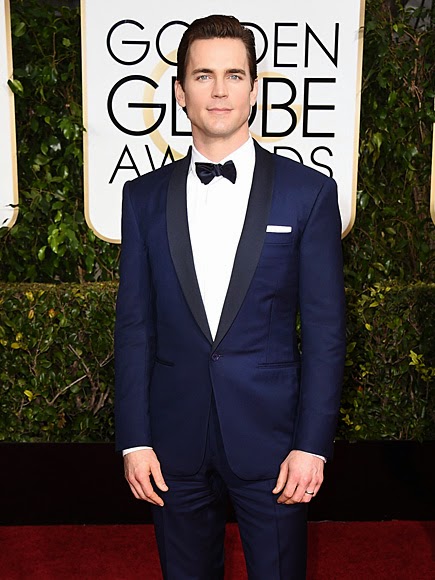 Best Dressed: Matt Bomer just seems to have everything, does he? He is extremely charming, talented, gorgeous (Dem eyes! Dem cheekbones! ), can sing, has a successful husband, gorgeous kids, and is now a bonafide award winner! His Globe was much-deserved and his speech was heartfelt AND funny. His perfect Ralph Lauren suit was just the icing on the cake. I do love a blue-eyed man in a navy suit. 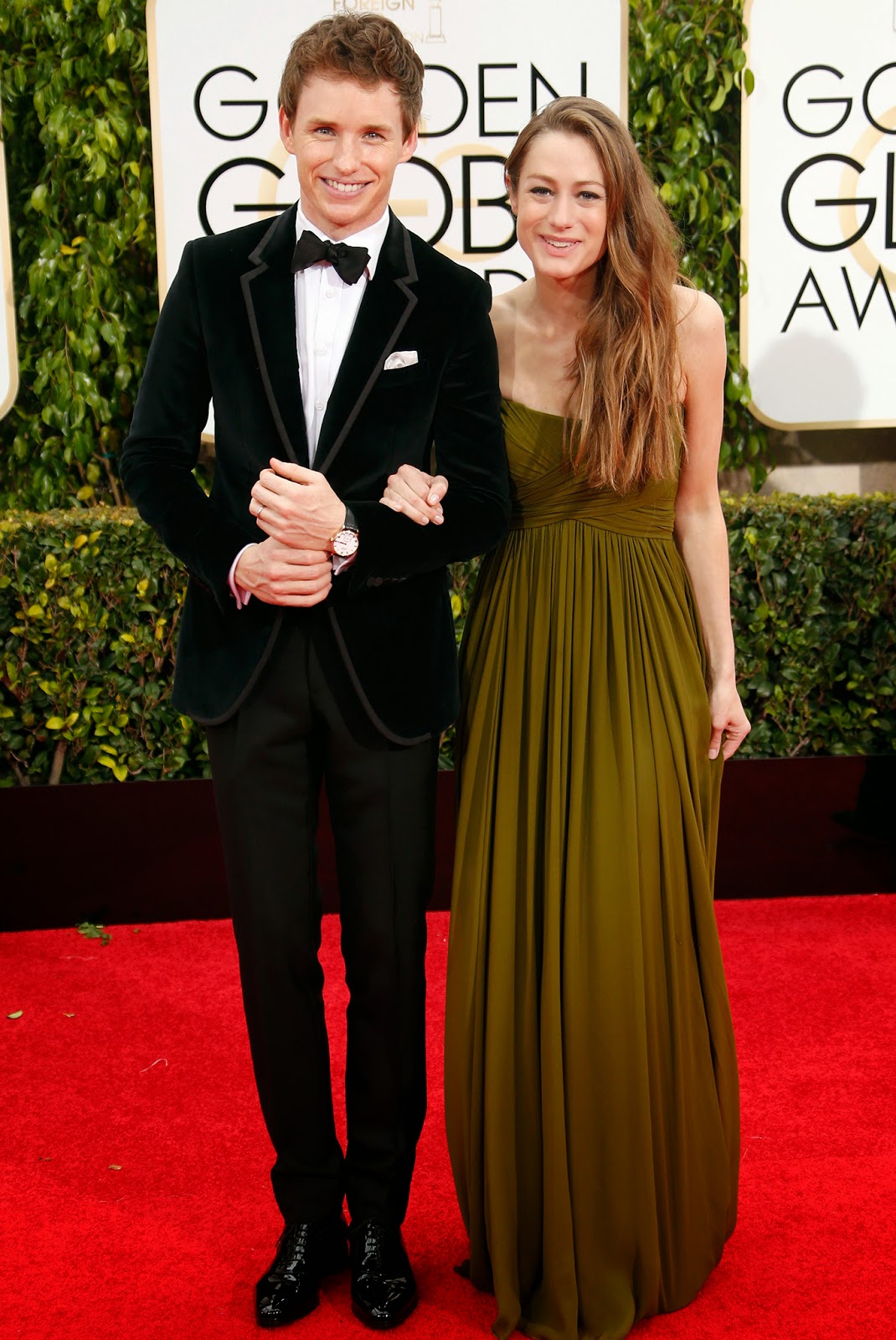 My Favorite Husband Award: Eddie Redmayne. Full disclosure: Eddie and I had to cut our honeymoon short so he could attend the awards since I kept telling him he was going to win. He was soo…wait? We’re not married? This is all in my head? Aaaaanyway…I love his style. The former Burberry model just knows his body type and how a slim suit should fit. He always looks classic, English, and with just a touch of the dandy. 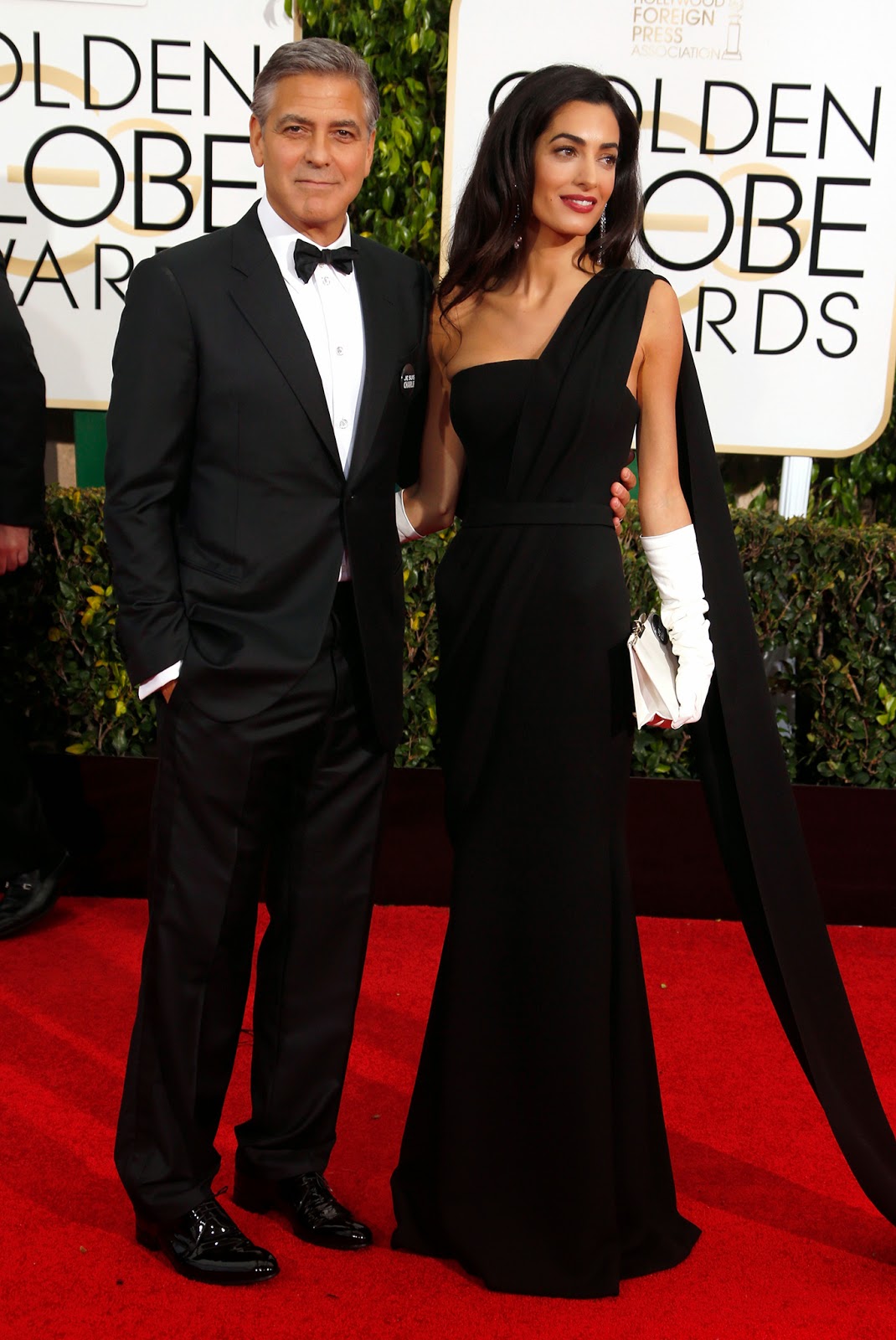 The Dream Date Award: George Clooney. George never looks bad, does he? I was disappointed his tribute clips didn’t include Roseanne (where I feel he peaked). 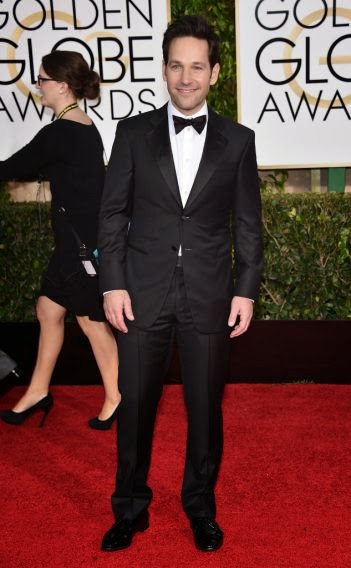 Never Change Award: Paul Rudd. Let’s all just take a big drink and enjoy this non-aging wine. Even if he did button his jacket incorrectly (it’s sometimes, always, never!). 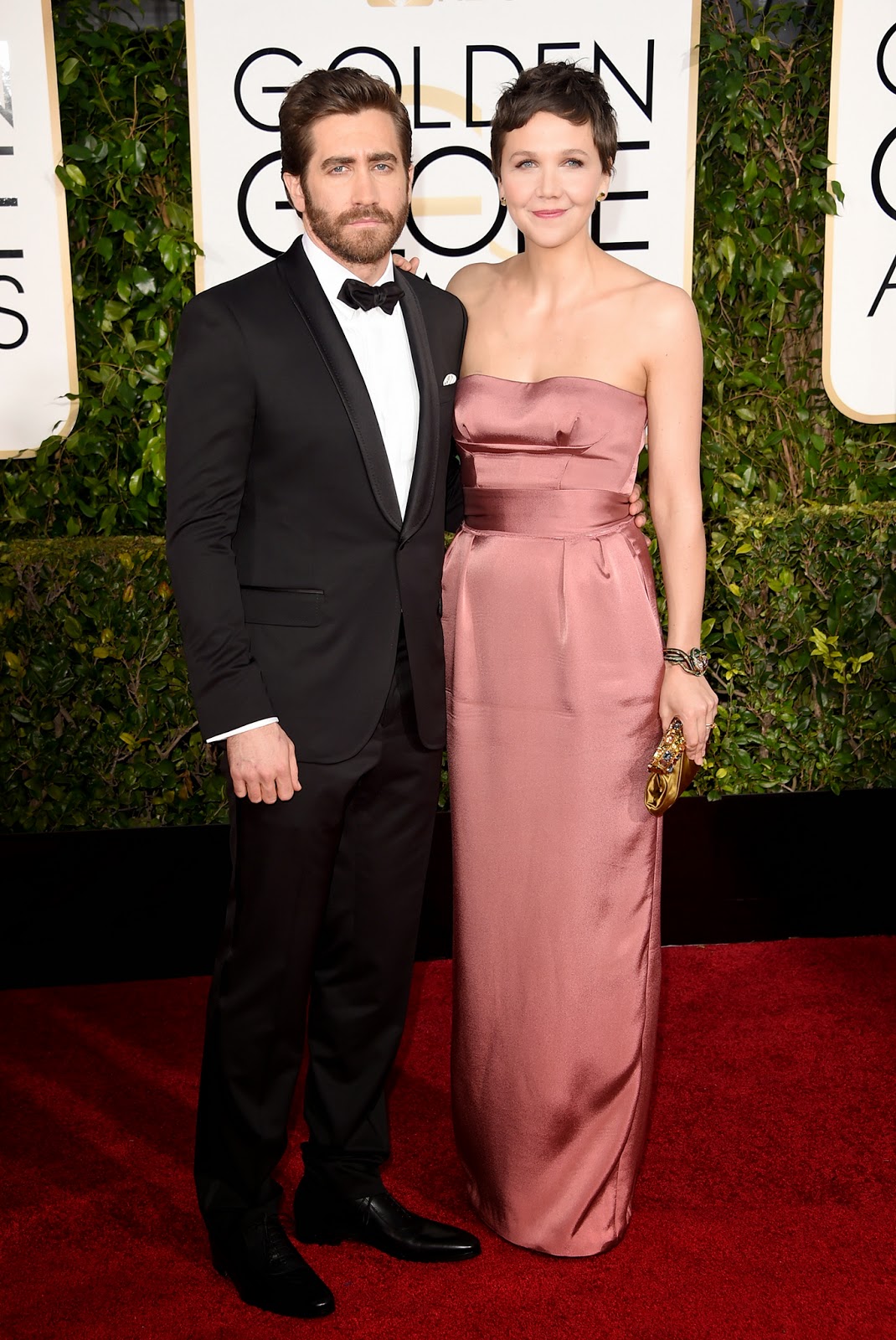 Jake Gyllenhaal: Jake and I have had words about him being all beardsy all the time, but whatever, I can’t stay mad at him when he looks this dapper with the perfect break in his pants. (Pants Break is a show I’m currently pitching to VH1). 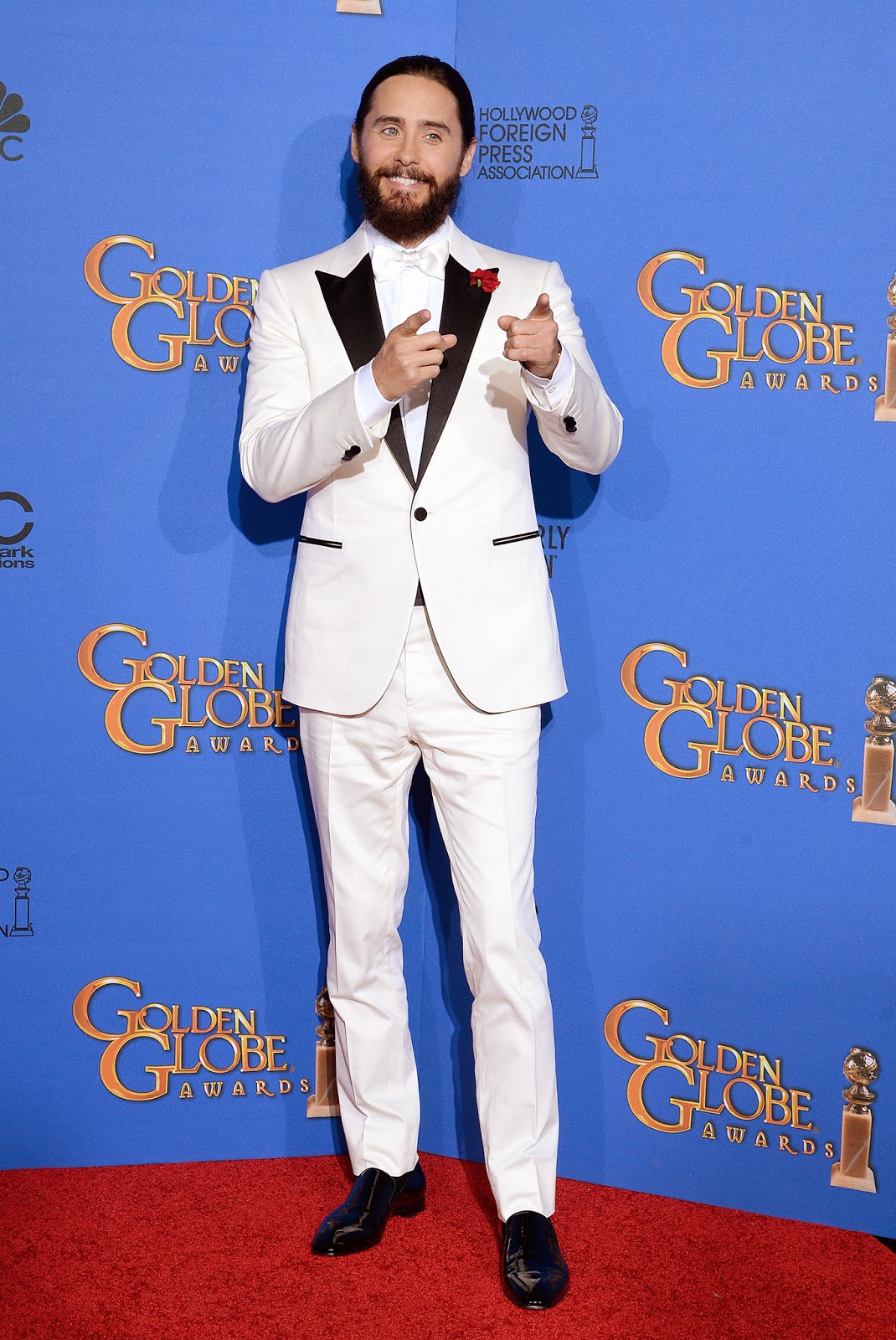 Jared Leto: Listen, we all saw the impressive crotch grab shots a while back and we’re ALL in love with Jordan Catalano, but that beard , fishtail braid, white Lanvin combo have put out that fire.  I still can’t decide if he takes photos of Julia Roberts to the salon or she of him. 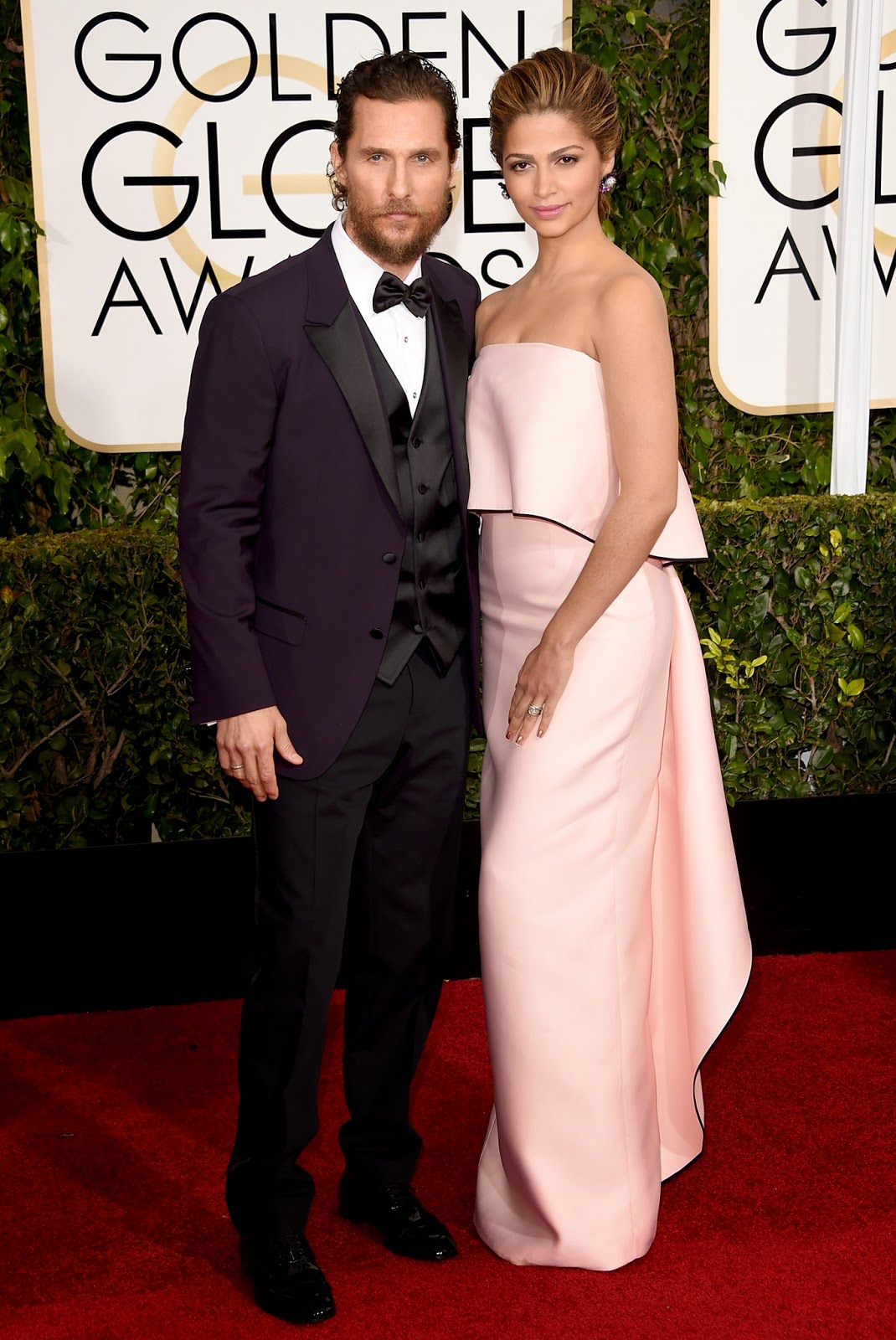 Matthew McConaughey: Alright, Alright, All wrong…I don’t have a problem with his deep eggplant Dolce & Gabbana. In fact,  he always wears fun and interesting menswear and is never dull, nor overly splashy either. I just pray this beard/hair is for a role. Did anybody else notice his Foghorn Leghorn accent while presented? Maybe he’s gone full Day Lewis on us?

Middle of the Road 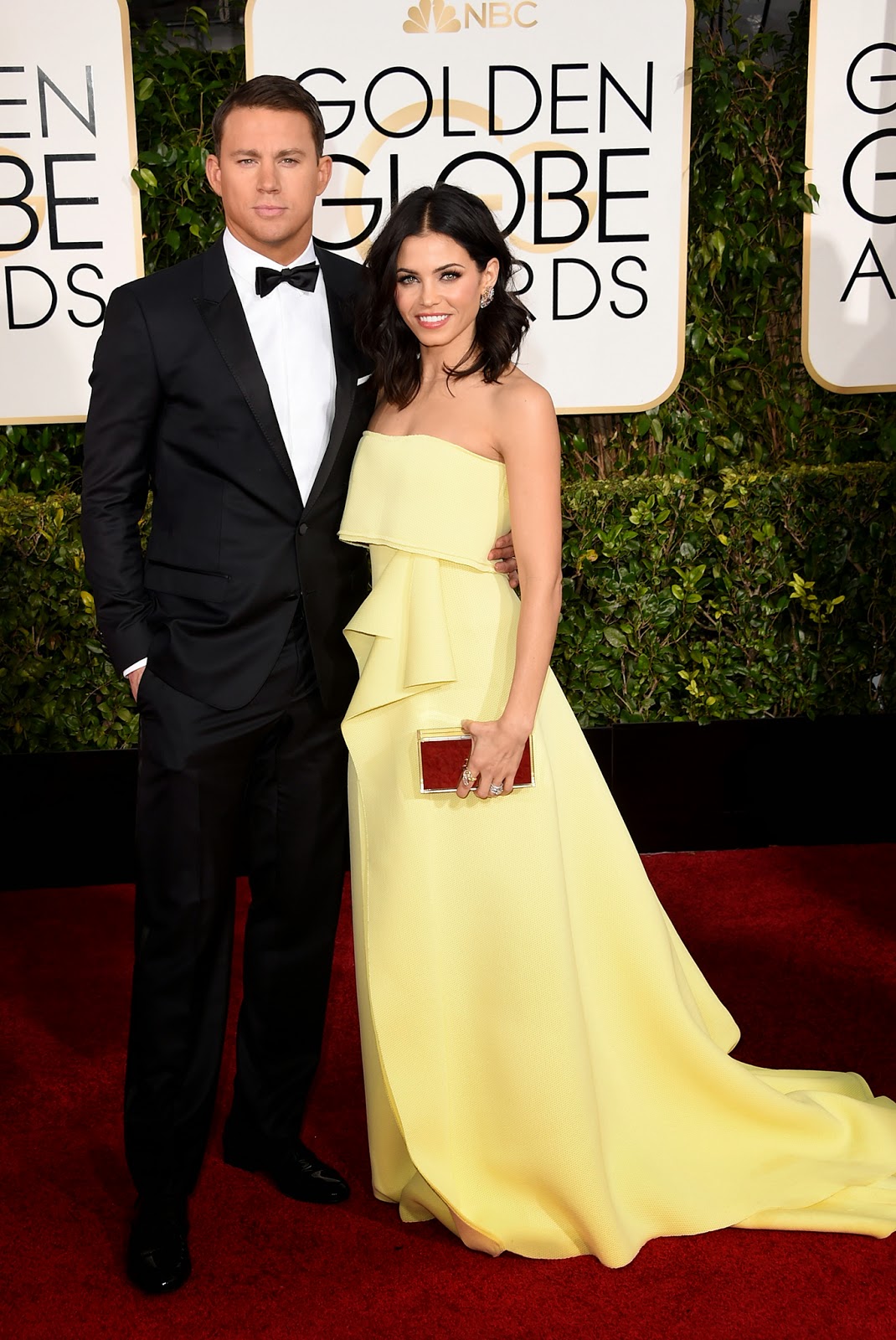 Channing Tatum: Let’s all be honest, we’d all let him stain our sheets with all that self-tanner.  His Dolce & Gabbana tux has the perfect stance, making him look tall and muscular, not that that’s super hard. ChanChan never has much fun with his suits, but who cares since we all prefer him in his birthday suit anyway. 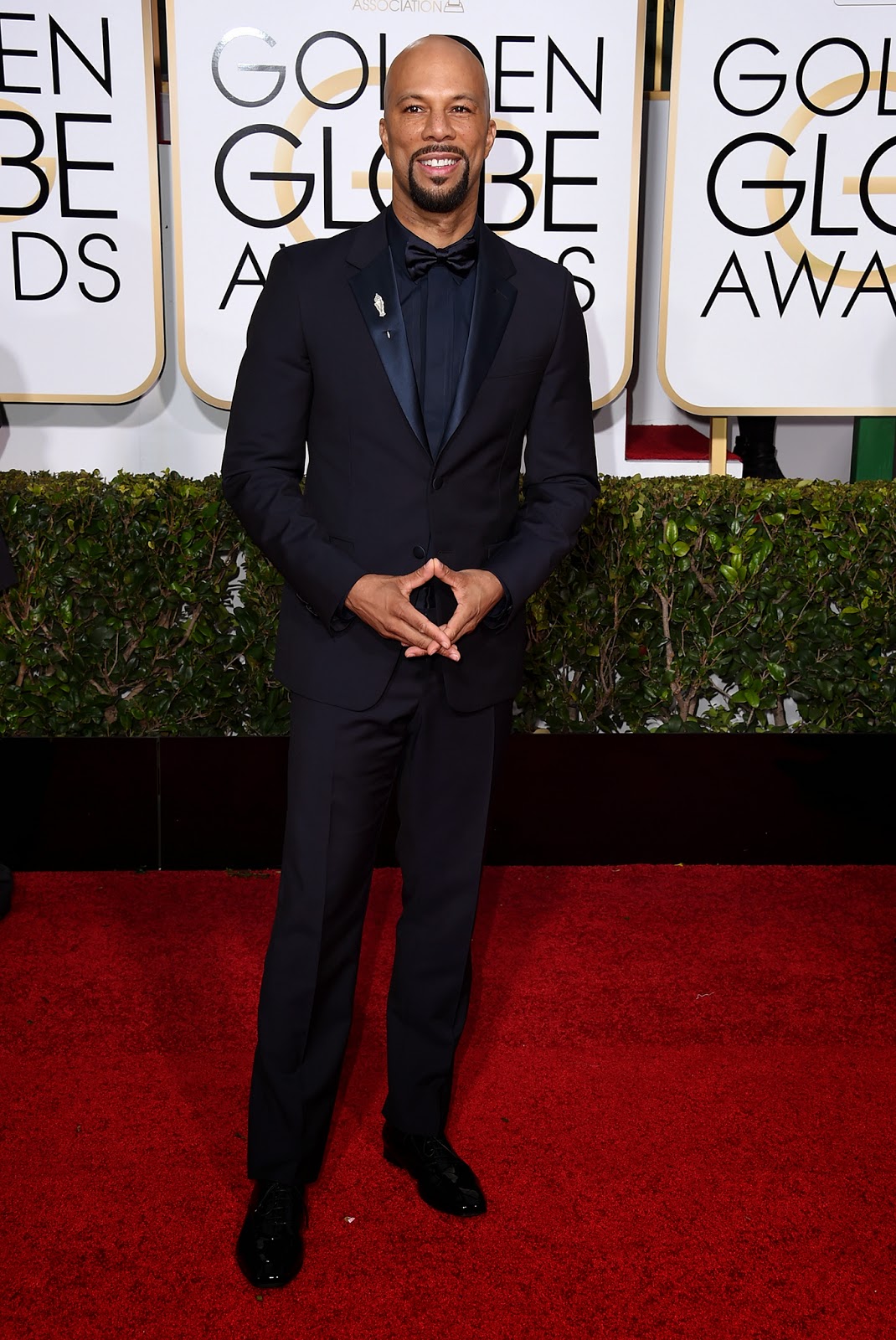 Common: Un-Commonly handsome (I hate myself for that joke too) in Prada! I don’t generally groove on the black tie on black shirt game a lot of the mensfolk seemed to be doing, but I too am having a moment with lapel stick pins! 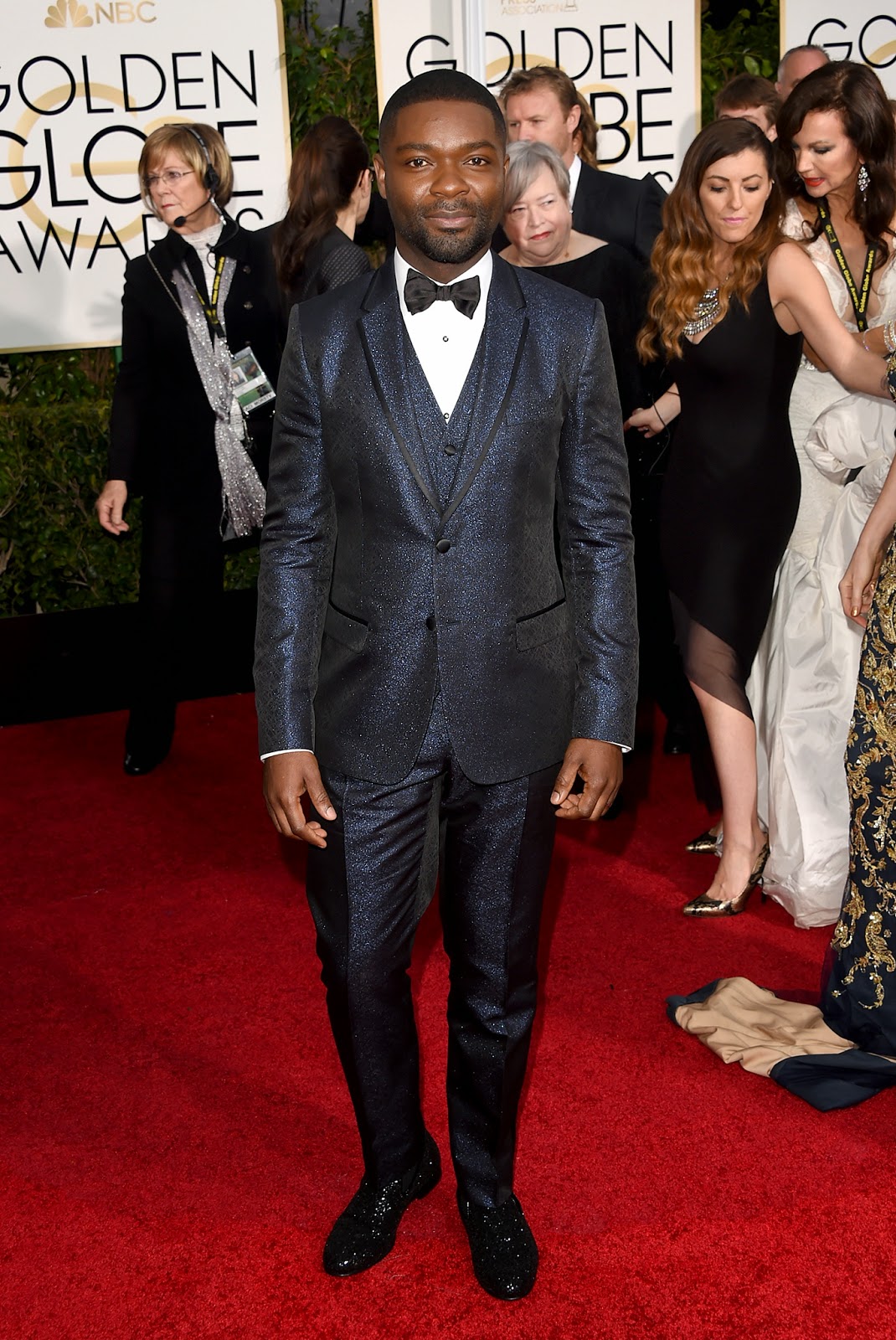 The Newcomer We Want to Party With Award: David Oyelowo and his Dolce & Gabbana 3-piece disco! Let’s face it, this man was terrific in two darkly heavy movies this year, so why not liven things up at “The Party of the Year?" My inner stylist would pair such a sparkly suit with boring black shoes, but I can’t ever knock fun footwear! 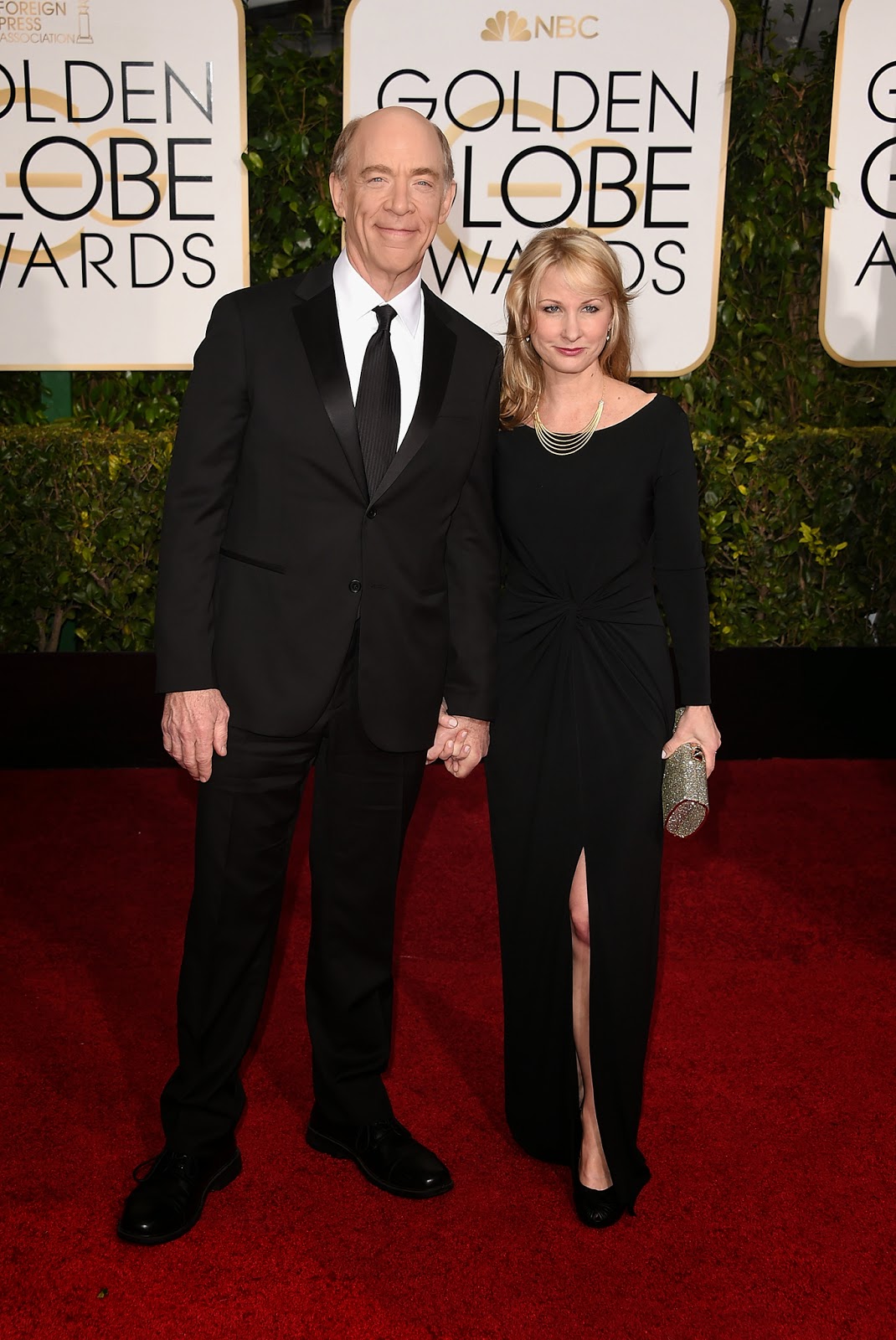 You Just Do You, Boo 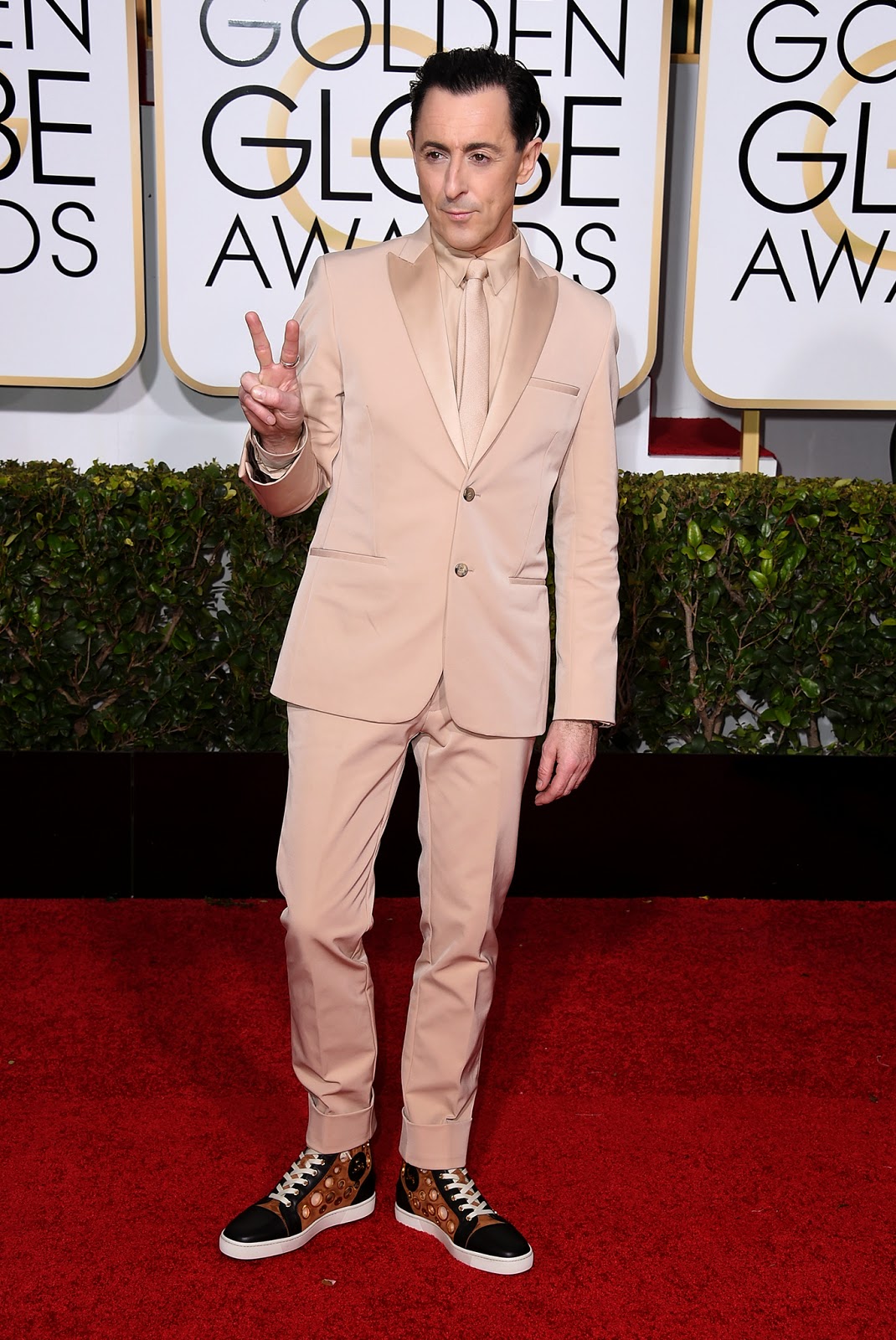 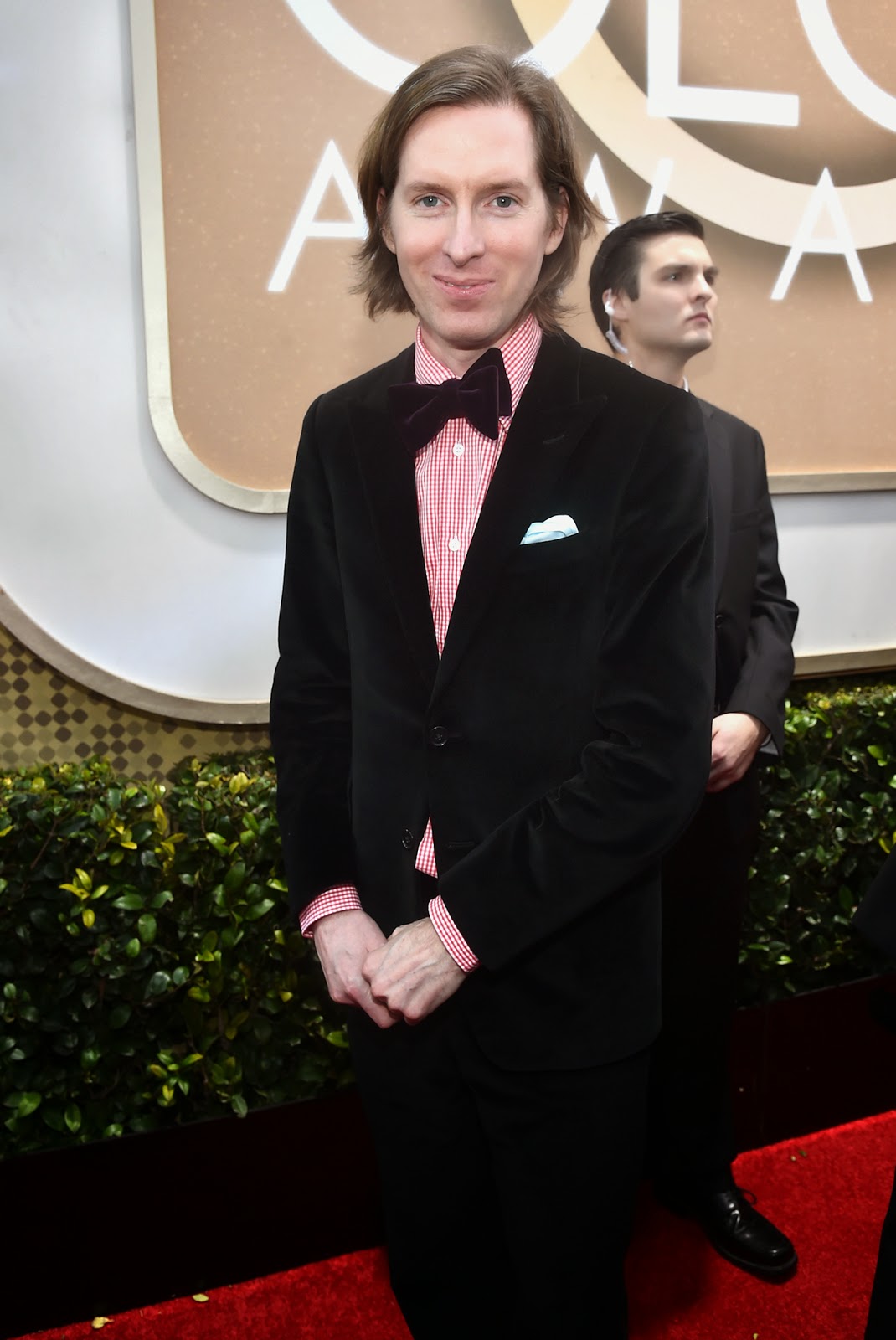 The Twee Award, Wes Anderson: From the not formal gingham to the purposefully askew bow tie, he is the most Wes Anderson-looking. I swear if you asked someone what Wes Anderson looks like the words gingham and askew bow tie would be in the description. 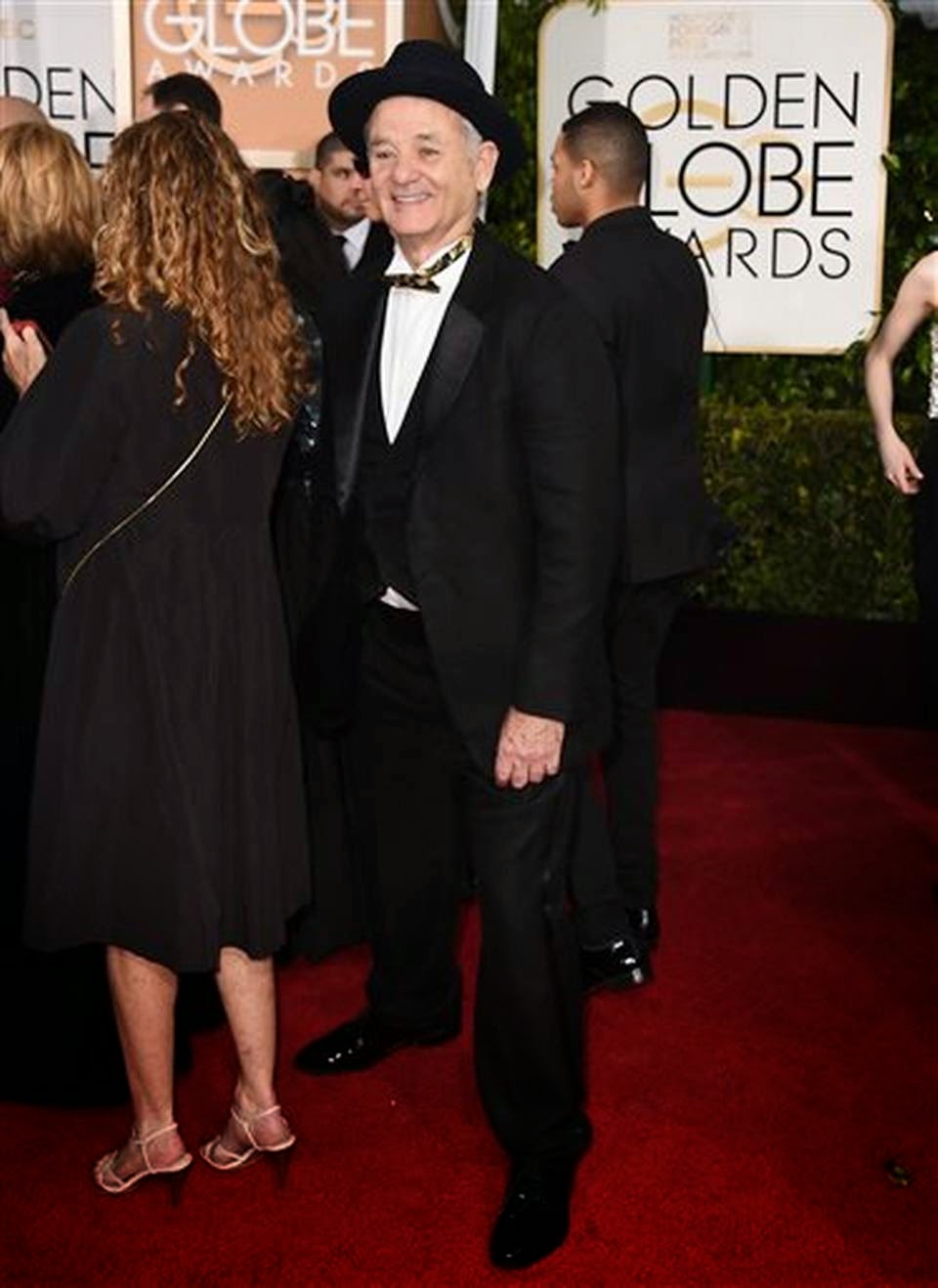 Bill Murray: That Party City clip on tie was directly out of their New Years' remainder bin and that double-breasted waistcoat does not even remotely fit, but he’s Bill Murray and does not care nor does he need Iyanla or us to fix his life. You are a treasured hoot, sir! 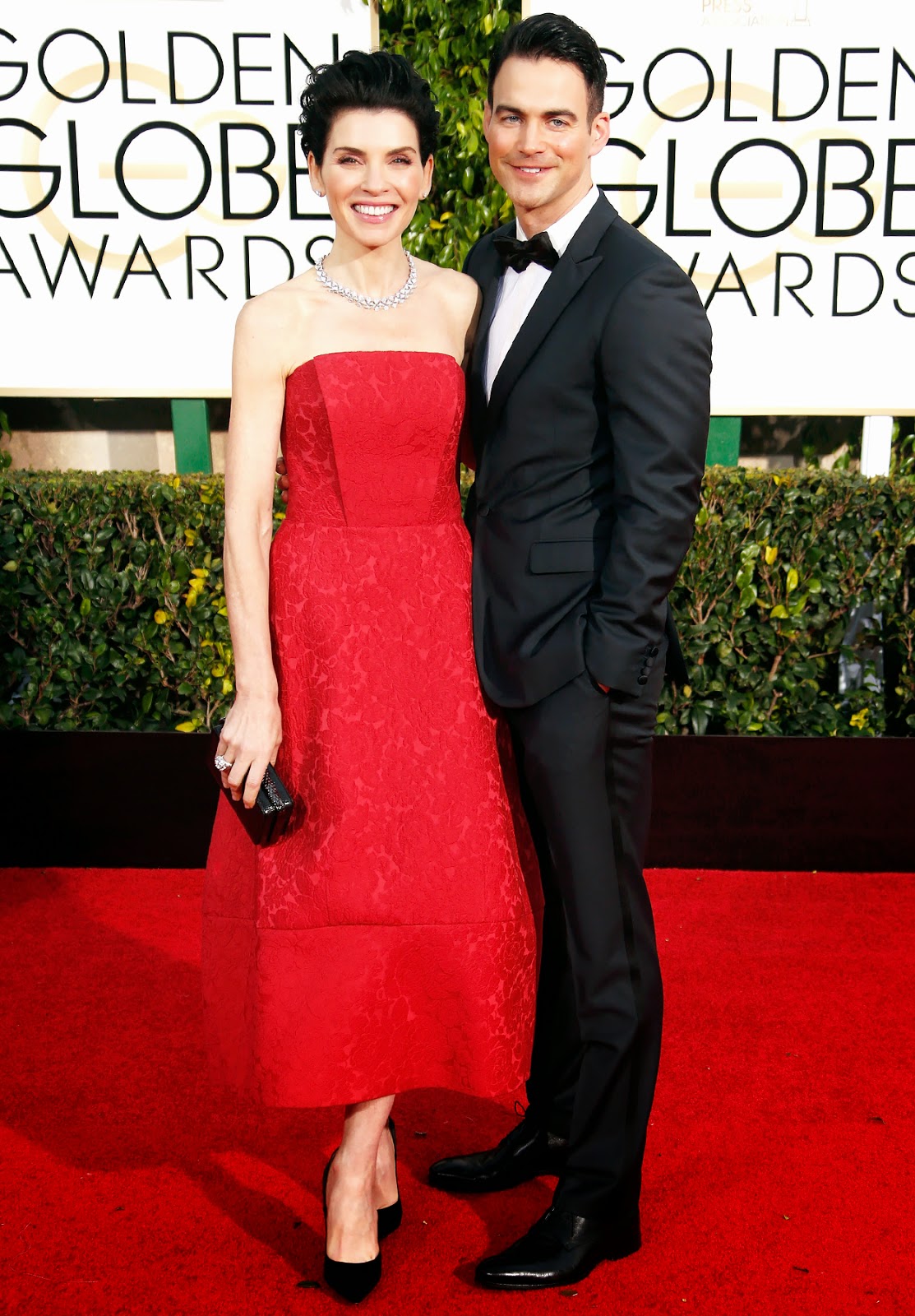 Keith Lieberthal aka Mr Margulies! He’s a lawyer, not in the spotlight, but let’s all just enjoy him. You see ladies, it IS possible to have it all!

Did I leave your fave out? Who would you let get it? Feel free to send me pics @brayet on the Twitter!
Posted by Amber at 9:30 AM