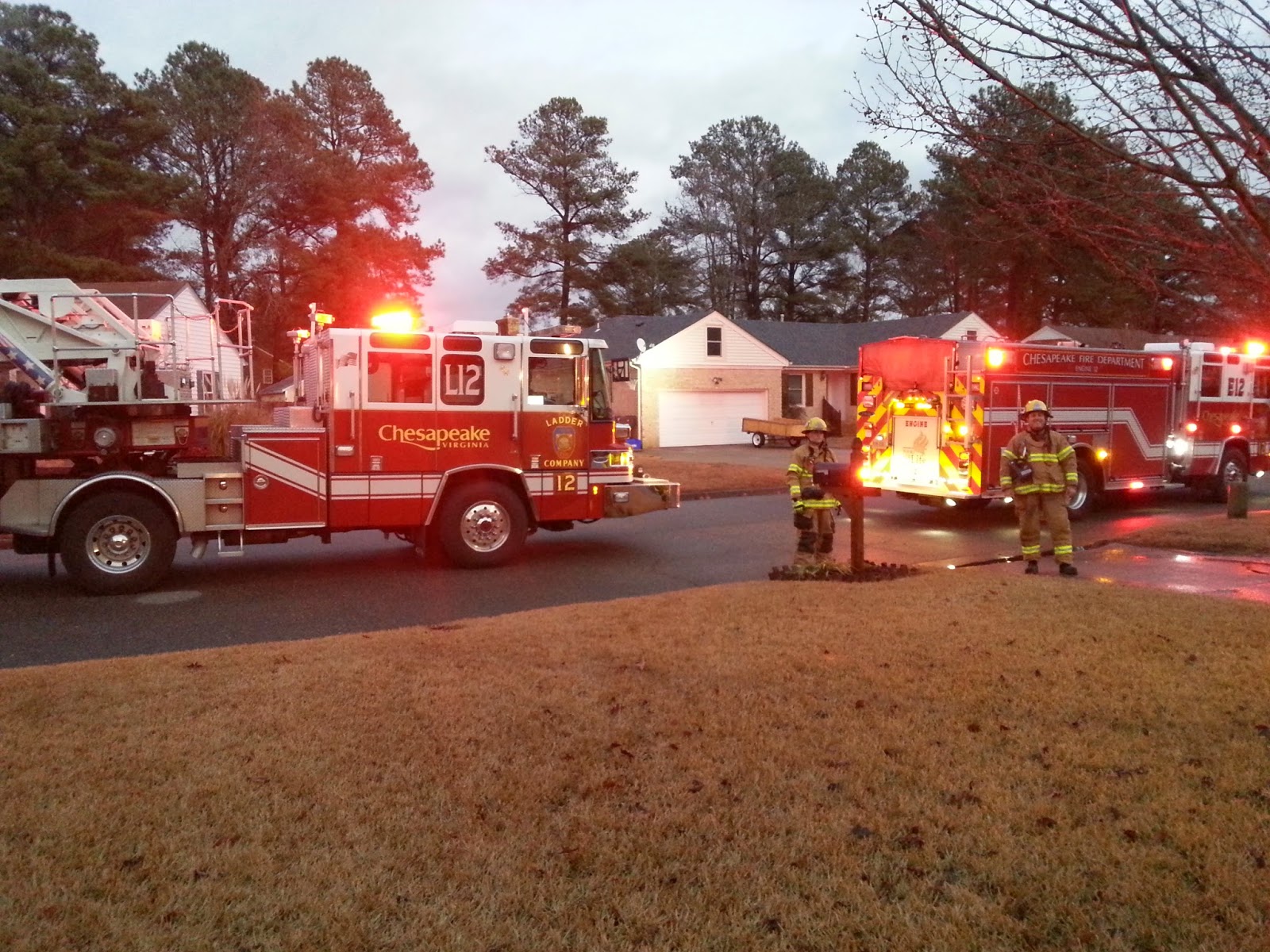 Well, I officially know how to use a fire extinguisher now.

Let's back up. I've been struggling a little to adjust to my circa-1981 kitchen and the original oven/stovetop. As readers know, I only learned how to cook in the past five years on a brand new oven, so I certainly am still learning the quirks and rhythms of this one that's older than I am! On Saturday, I learned the hard way that the front burner gets hot...REALLY REALLY hot...faster than I expected.

I was home alone making stew, and after finishing all my prep work, I was finally ready to brown the meat. Usually, that means I've heated some cooking oil (vegetable, typically) on high heat to sear the meat quickly, then simmer with broth. I put 3 tablespoons of cooking oil in the pot and turned the burner on to mid-high heat. I turned my back to do something else while I waited for it to heat up and then I heard a crackle sound. I returned to the oven to see the pot was engulfed in flames that were getting bigger and bigger, climbing up to the microwave mounted above the stove.

You always wonder how you'll react in moments like that. My split-second thoughts were:


I now know that apparently the best thing to do is to cover the pot back up with its lid, if it has one, to extinguish the flames. Believe it or not, this is my first kitchen fire ever, so that option didn't even occur to me. So instead, I grabbed one of our fire extinguishers, pulled the pin and after a few minutes of struggling, squirted dry chemical ALL OVER THE DAMN PLACE. I put out the fire, but damn if I didn't also make our entire living room look like the surface of the moon.

For the first few seconds, I was relieved the fire appeared to be out, but then the smoke began to spread through the house like a dense fog. I made my way across the house to the fire alarm, which was now blaring, and could not find the button to disarm it. I was starting to cough and even though I was pretty sure I had extinguished the fire, I decided I could no longer be inside the house and, to be better safe than sorry, I called 911. Another first!! 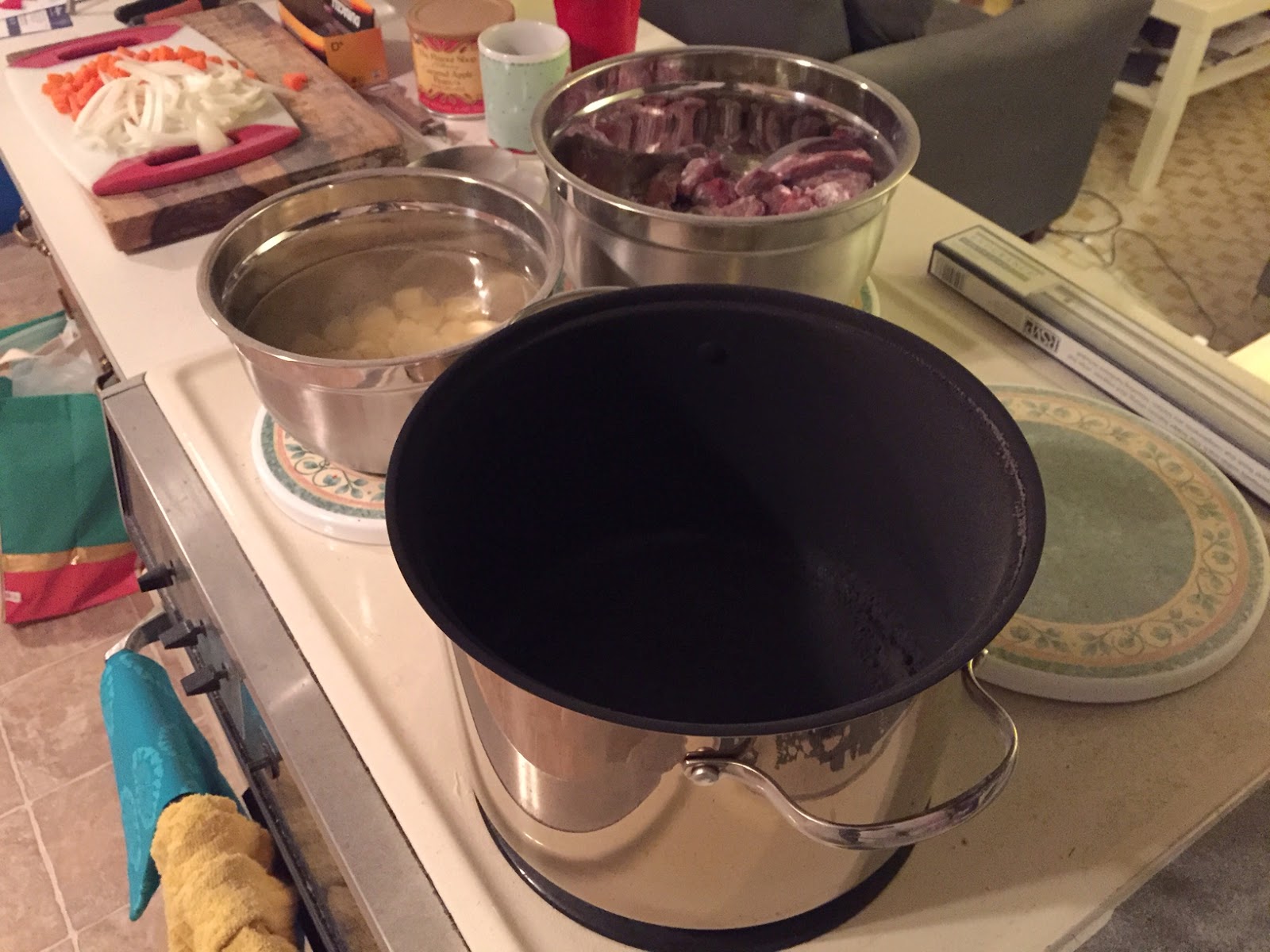 It seemed like the fire department sent the whole calvary and they used their super industrial fans to clear the smoke, which was very helpful because we don't even have any fans. I kept it together until Sean arrived home from work and I burst into tears as soon as I saw him. Only then did I realize how truly scary those few minutes had been when I really didn't know what to do or what would happen to our new home.

The nice firefighters were all very kind and one said that if I hadn't used the fire extinguisher and had instead just waited for them to come, they would have been removing our charred kitchen cabinets from the walls. Luckily the only real damages were my pride and my stock pot. That thing is dunzo. 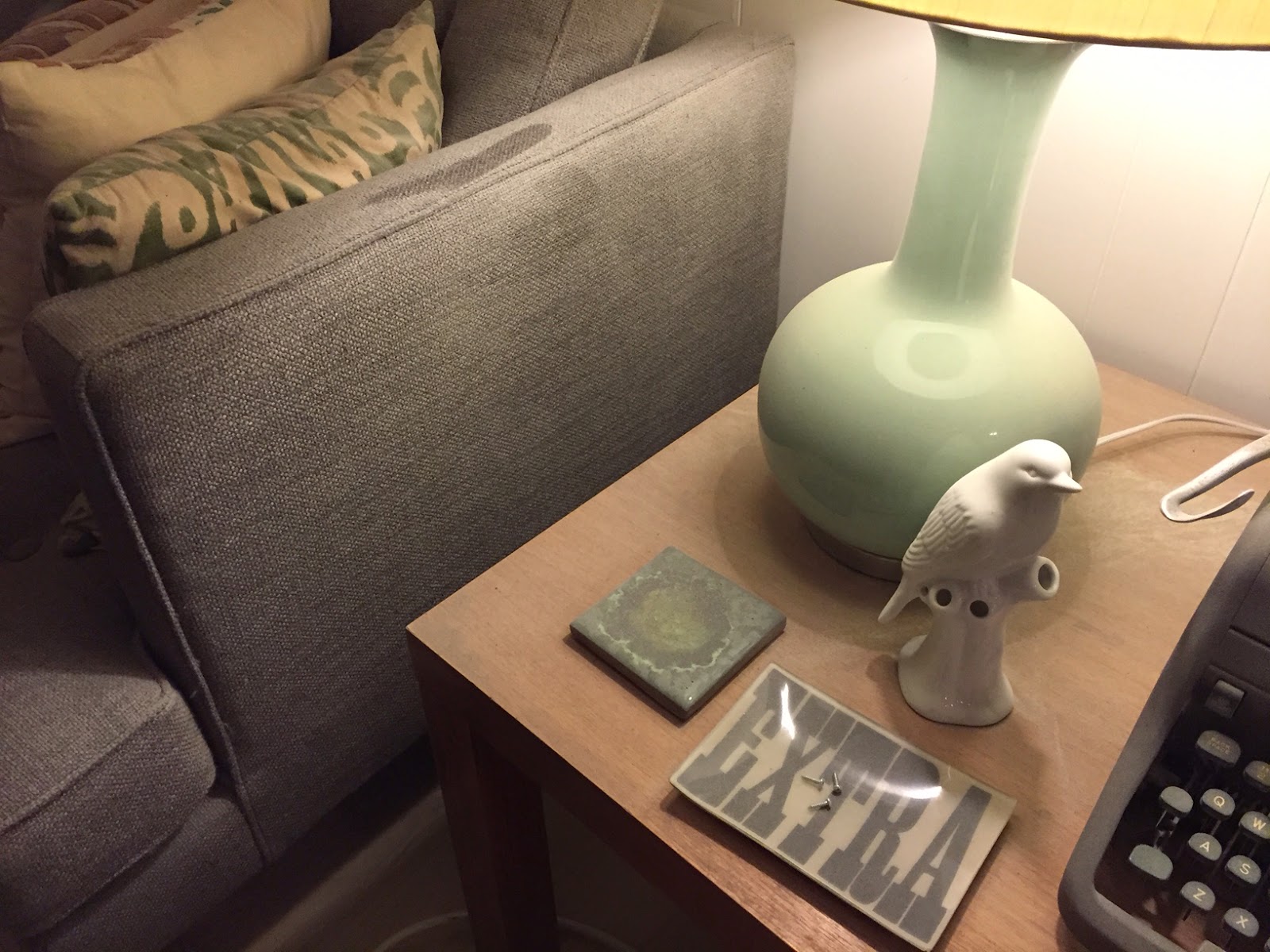 We proceeded to spend our ENTIRE Saturday night cleaning dust from every corner of the kitchen and living room. We deep-cleaned in a way we have never cleaned! The firefighters said we'll be finding that dust for years, and although I'm sure they're right, the idea of that kept me motivated as I vacuumed and cleaned my way through the night.

It was such a small fire, but it was still super shocking, and now I am really, really unsure what to expect with this oven. The firefighters said nothing appeared to be wrong with it...it just got really hot really fast and "shit happens." A watched pot never boils, but I tell you what, I'll be watching everything like a hawk!
Posted by Amber at 9:00 AM

Does it help at all to know that I did this very thing? The kids were toddlers. I grabbed them and ran. The firefighters gave me zero crap for calling them for something so minor, which was nice, but not as nice as how fast those giant fans get the smoke smell out of your house.