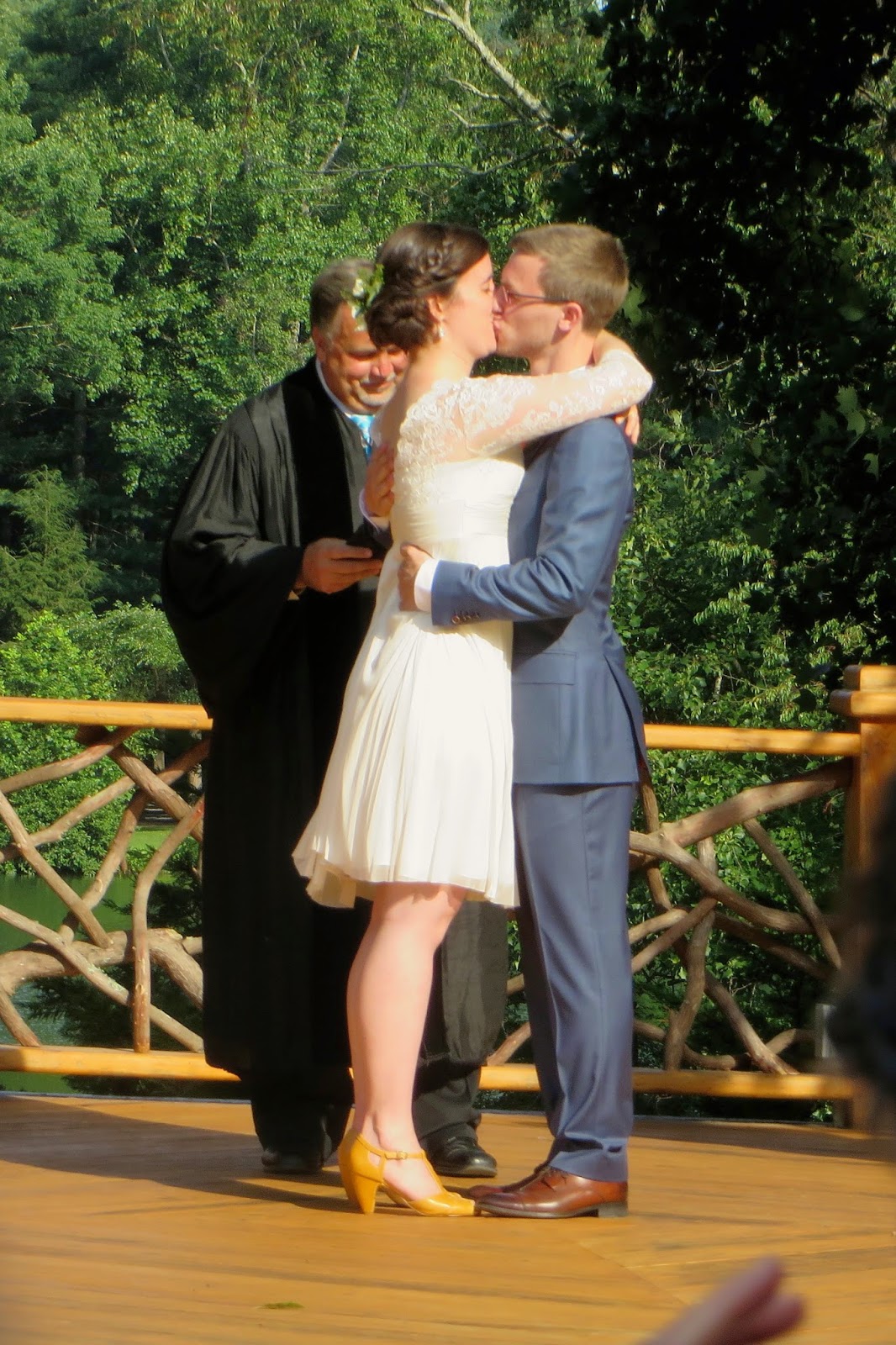 The real reason we went to Asheville last weekend was to celebrate the marriage of our cousin, Emily, and her new husband, Thijs. They met volunteering in post-Katrina New Orleans and proceeded to endure a transatlantic romance before they finally were able to both live in the Netherlands. They returned to the states to marry and we're so happy they did! 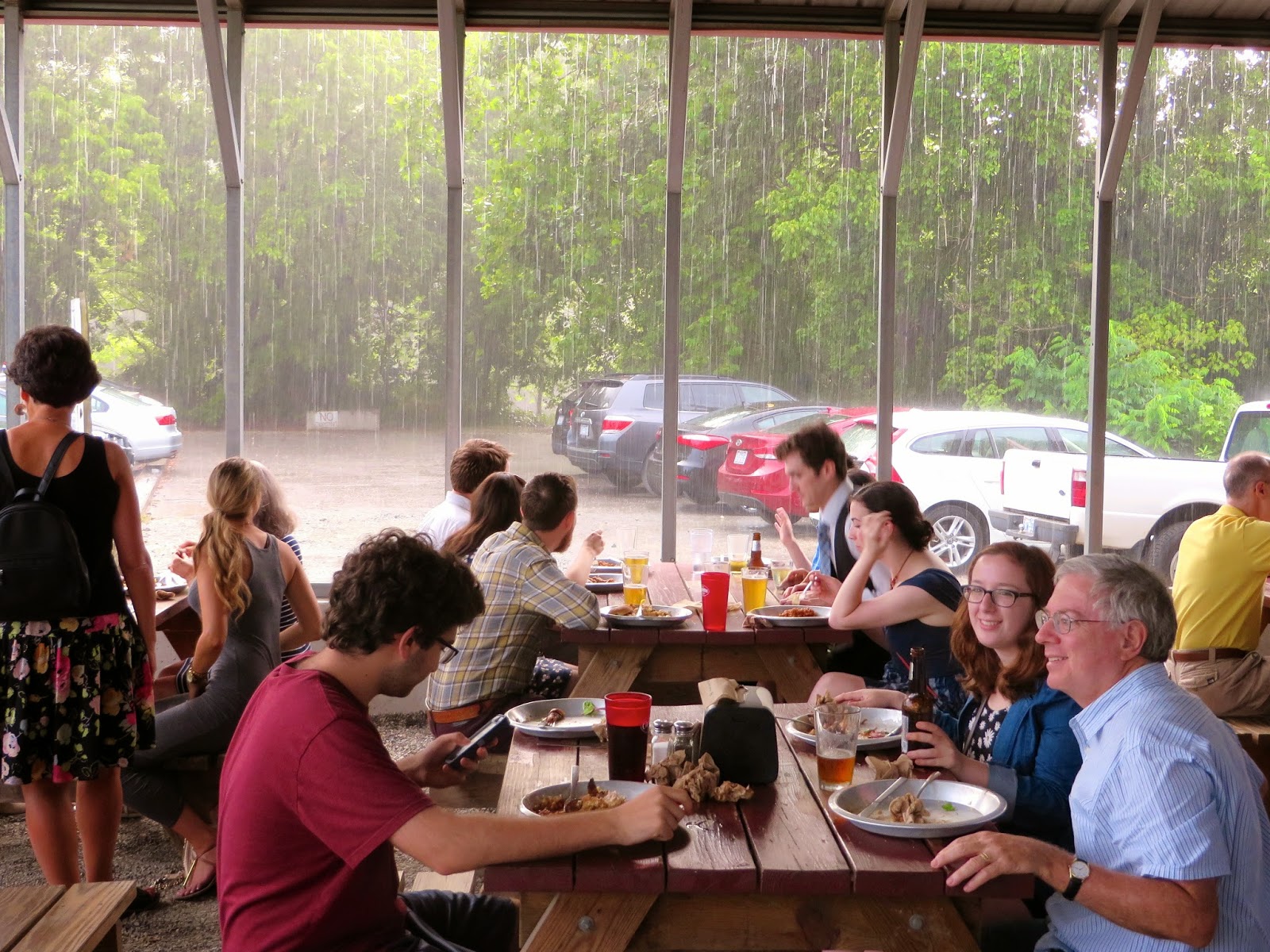 We started the wedding festivities with a delicious rehearsal dinner at the legendary 12 Bones, where we dined on pulled pork, bbq chicken, mac and cheese, cornbread and more. It was scrumptious! Us girls then proceeded to MG Road for super fancy cocktails with new-to-us ingredients. It was so fun! 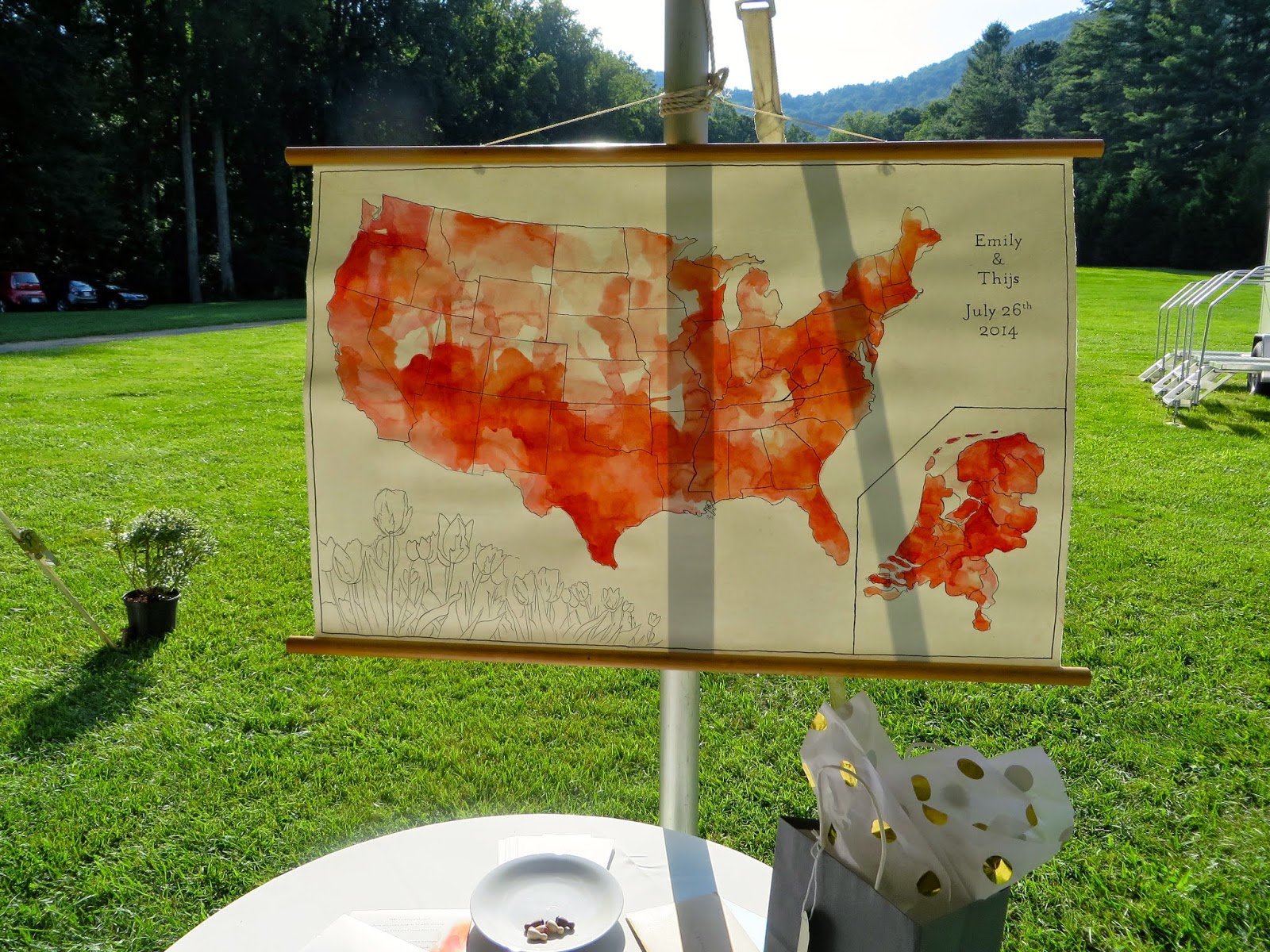 Emily is an artist by training and you could totally tell in the wedding details. Instead of a traditional guest book, they had a watercolor map with bicycle stamps (a recurring nod to Amsterdam) so we could each mark where we came from. Emily did all of the illustrations for the wedding stationary and paper products and Thijs did the graphic design. 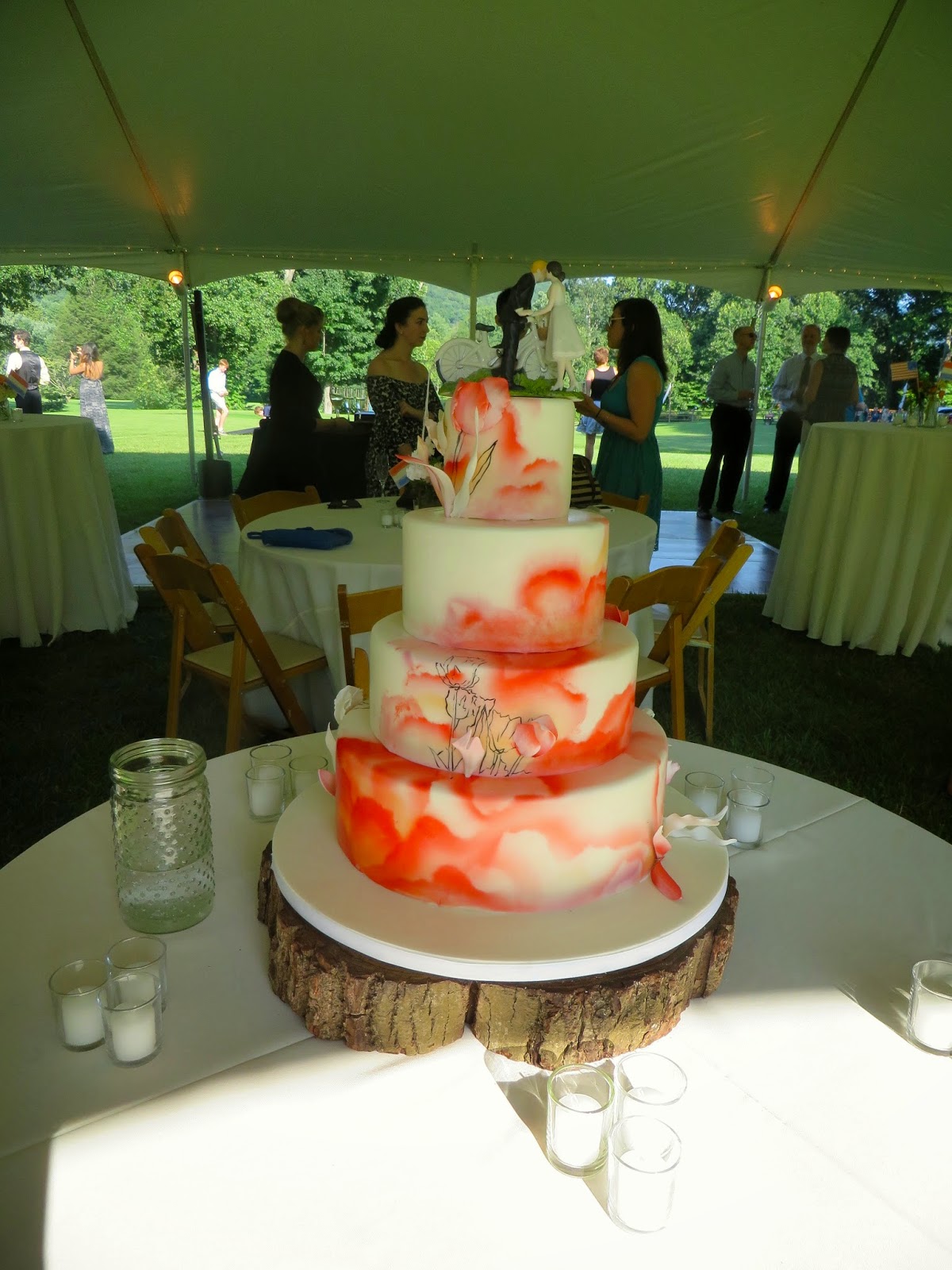 Her incredible cake decorator was able to replicate the watercolor motif by projecting the design onto the cake. 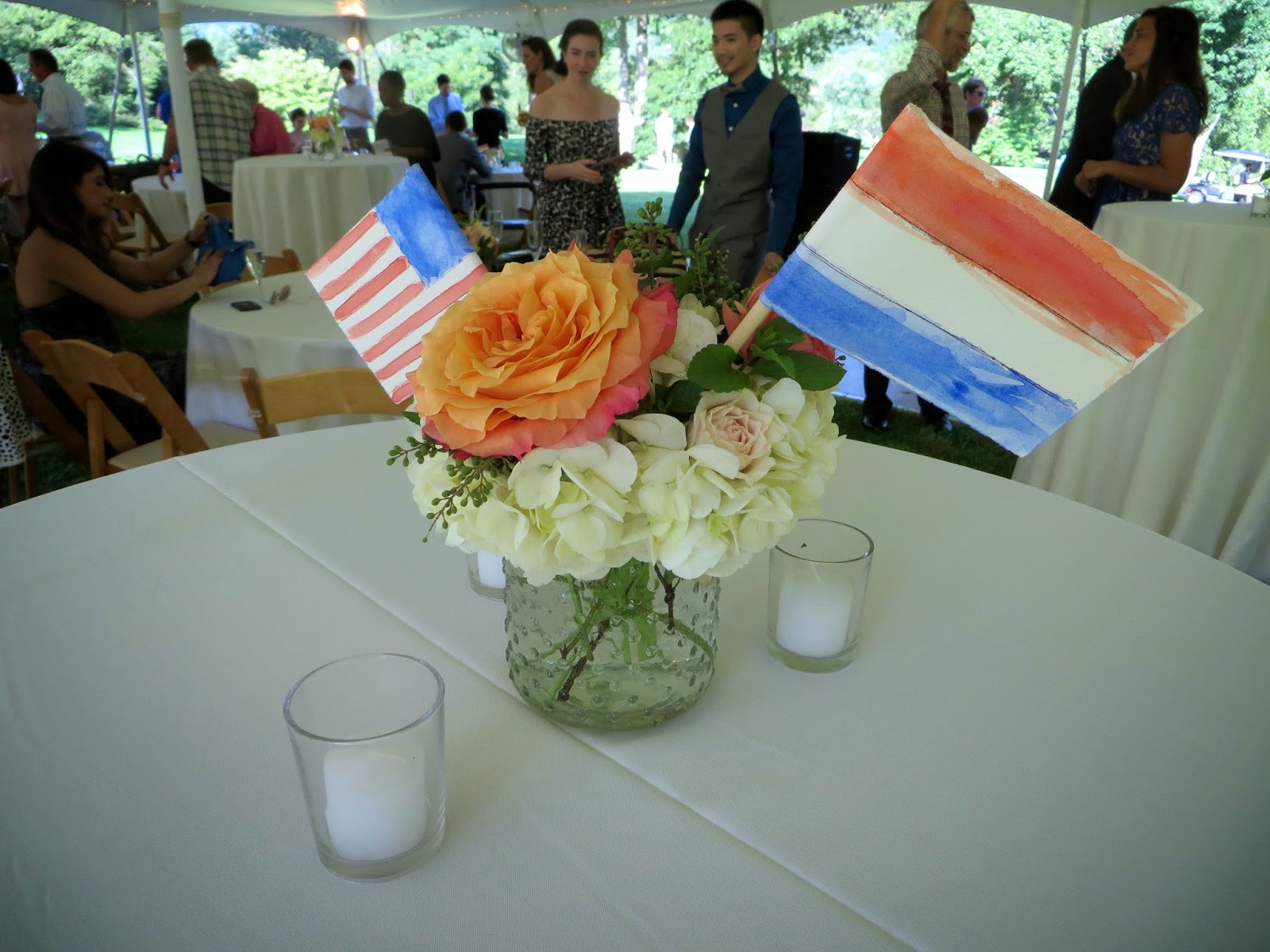 The centerpieces had sweet watercolor Dutch and American flags. 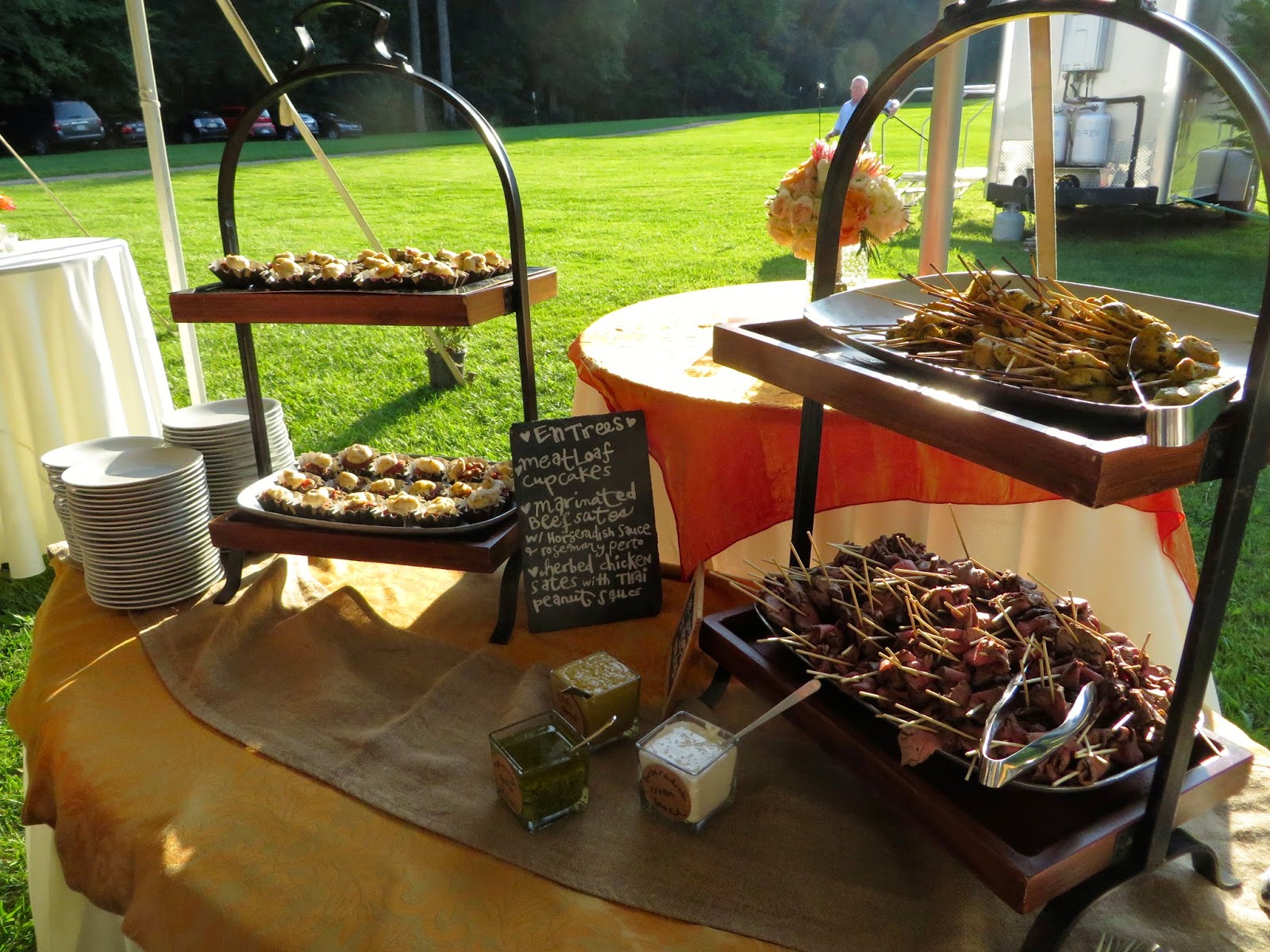 The food was INCREDIBLE. Seriously, some of the best I've had at any wedding anywhere. This meat buffet had meatloaf cupcakes, beef and chicken skewers with a horseradish, pesto or peanut sauce. 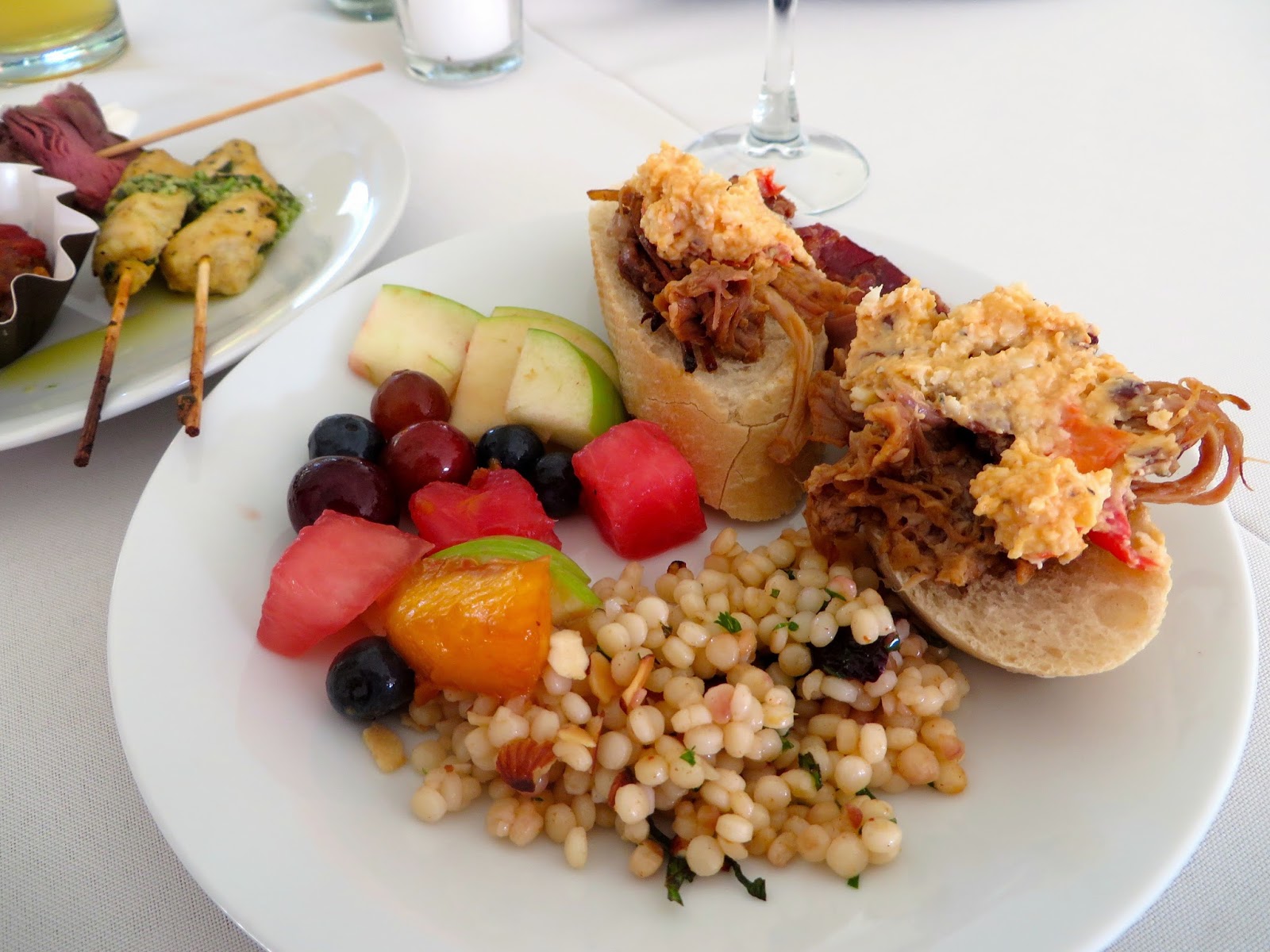 But the best part: DIY Appalachian bruschetta bar. I topped mine with pulled pork, pimento cheese and bacon. It was so amazing. We also sampled a great fruit salad and Israeli couscous salad. 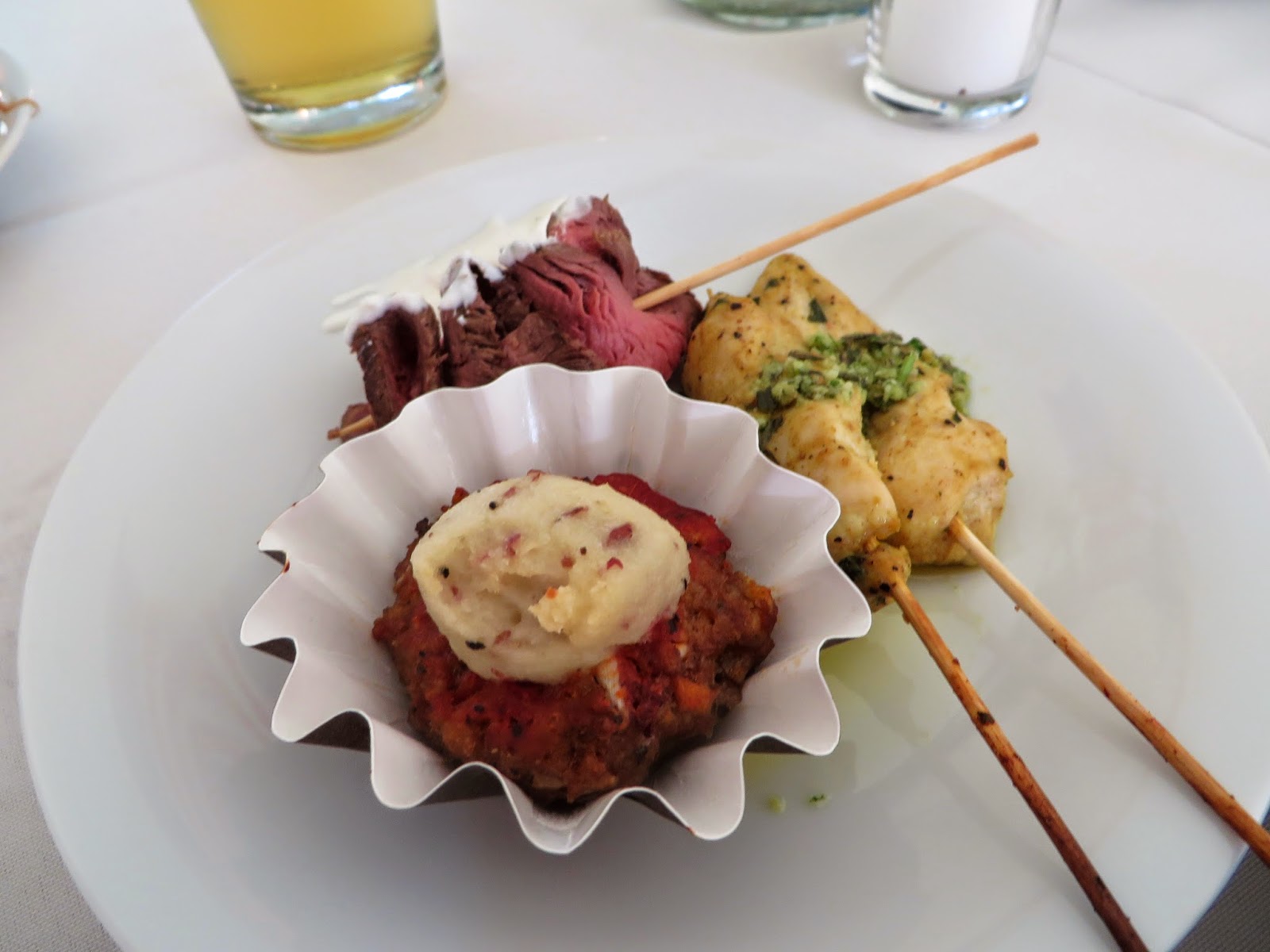 I'm pretty sure the meatloaf cupcake might be Sean's new favorite food. 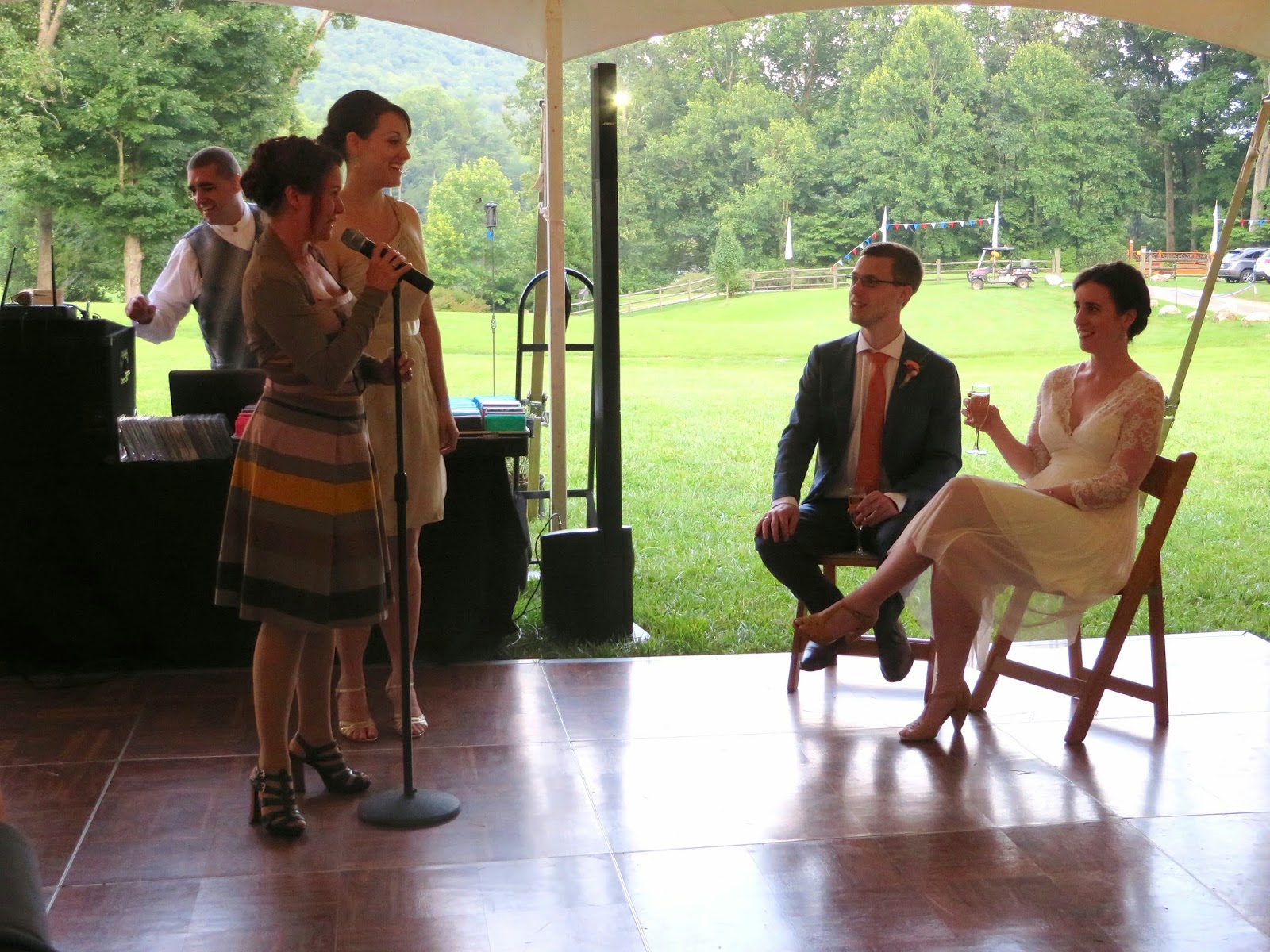 The international flavor of the wedding made for some incredibly personal and magical moments. Emily's French friend rewrote four classic French songs to tell the story of their romance and sang them a capella perfectly. It was such a special toast. 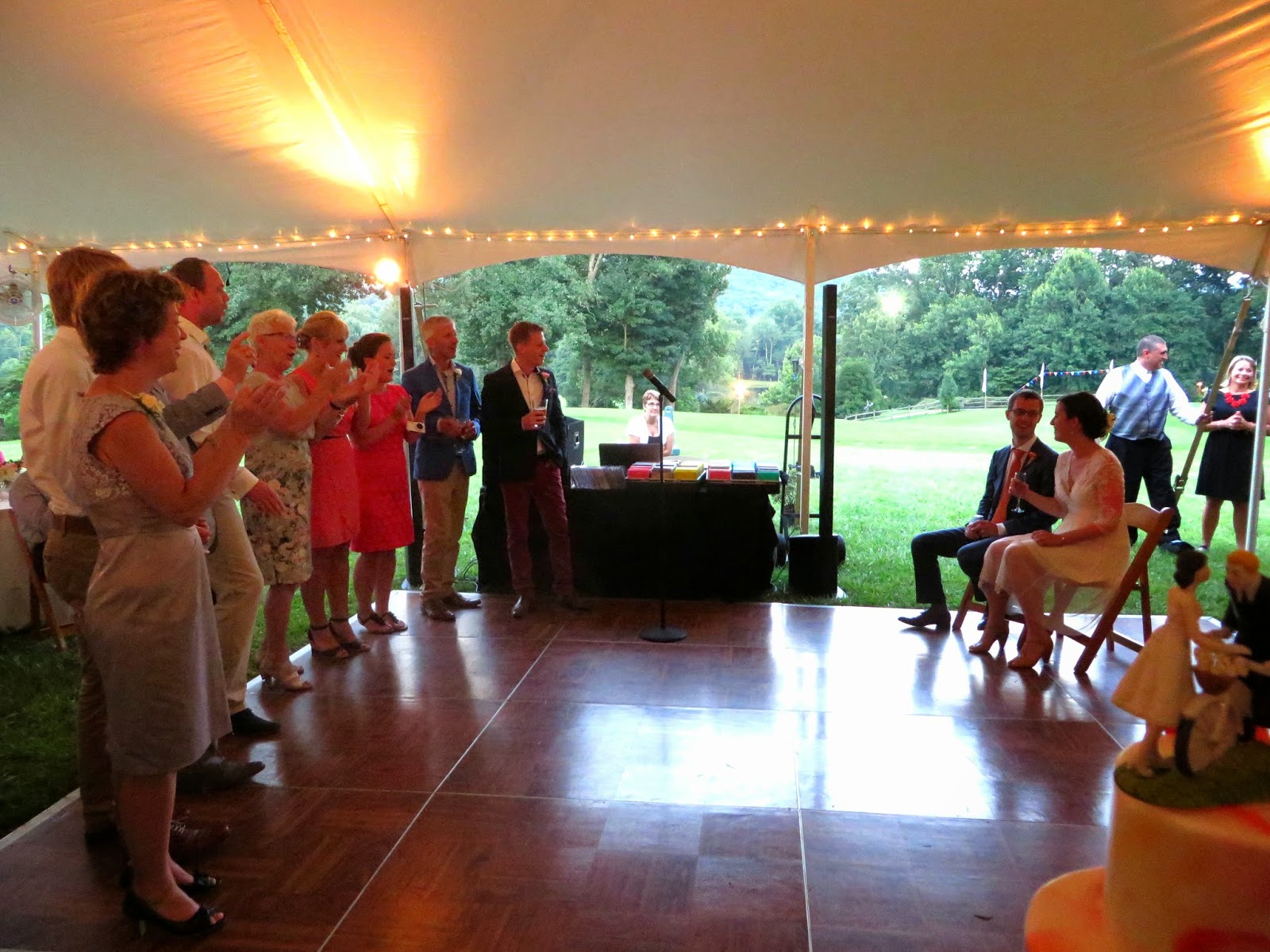 I was doubly charmed when the entire Dutch contingent sang a traditional song of congratulations. It was really lovely and finished with a great, "Hip hip hooray!" 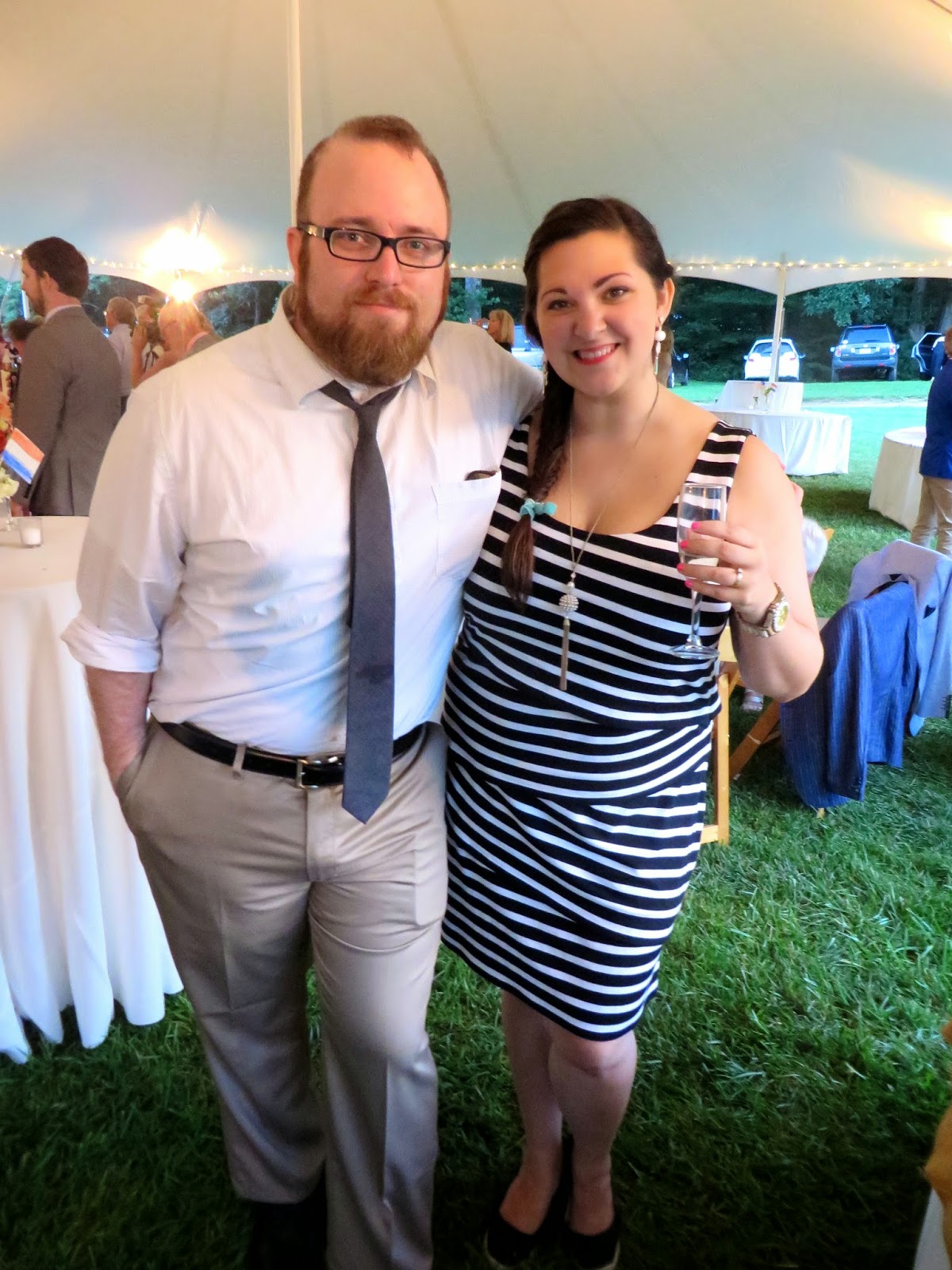 I tried to cope with the warm summer air by preemptively braiding my hair, but lord my hair looked ratty after a night of dancing! 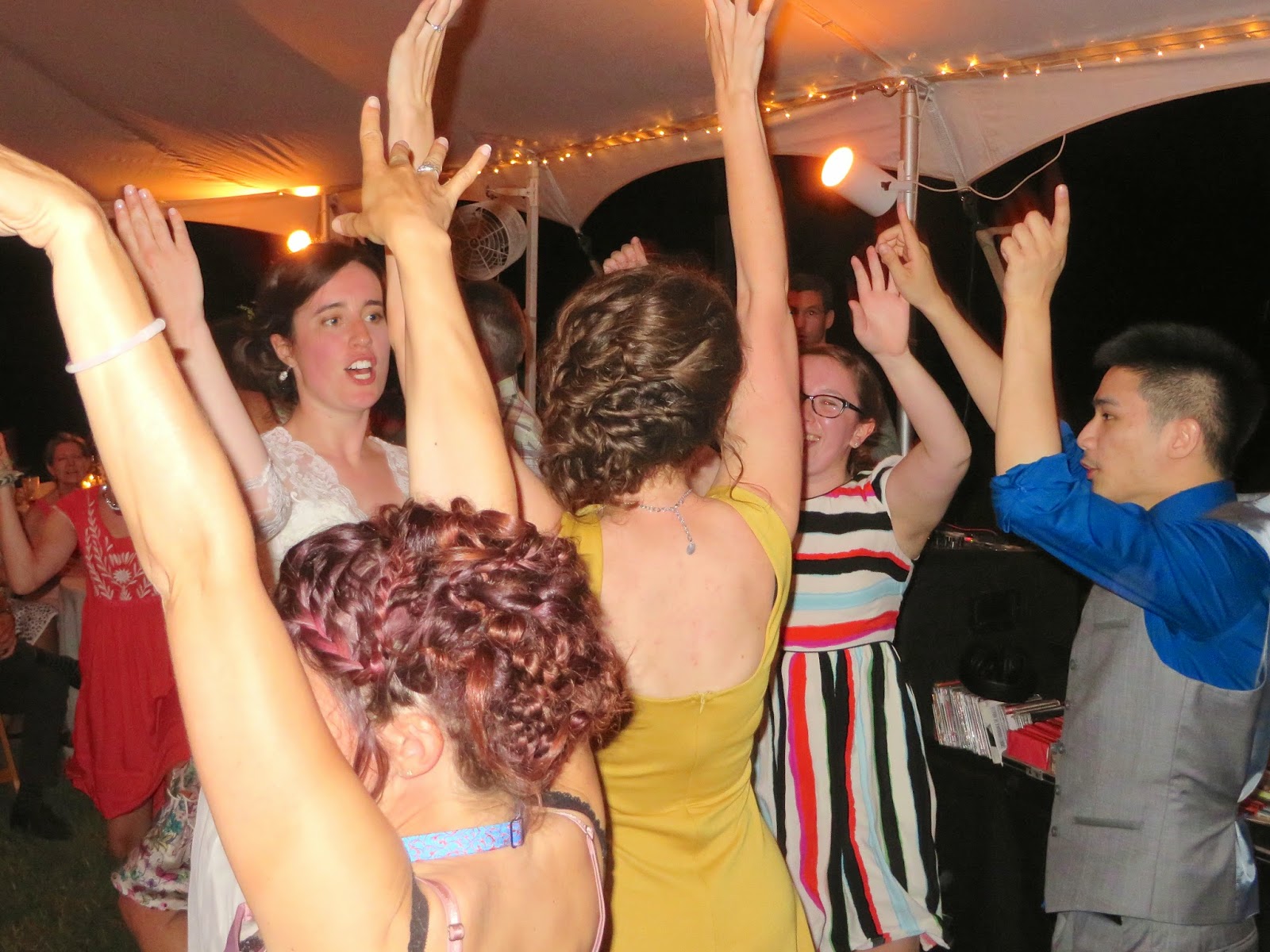 We had a GREAT dancing crowd, which is always my favorite thing about weddings. You ain't seen nothing until you've seen a dance floor full of Dutchies, French and Americans screaming the lyrics to "I Gotta Feeling." 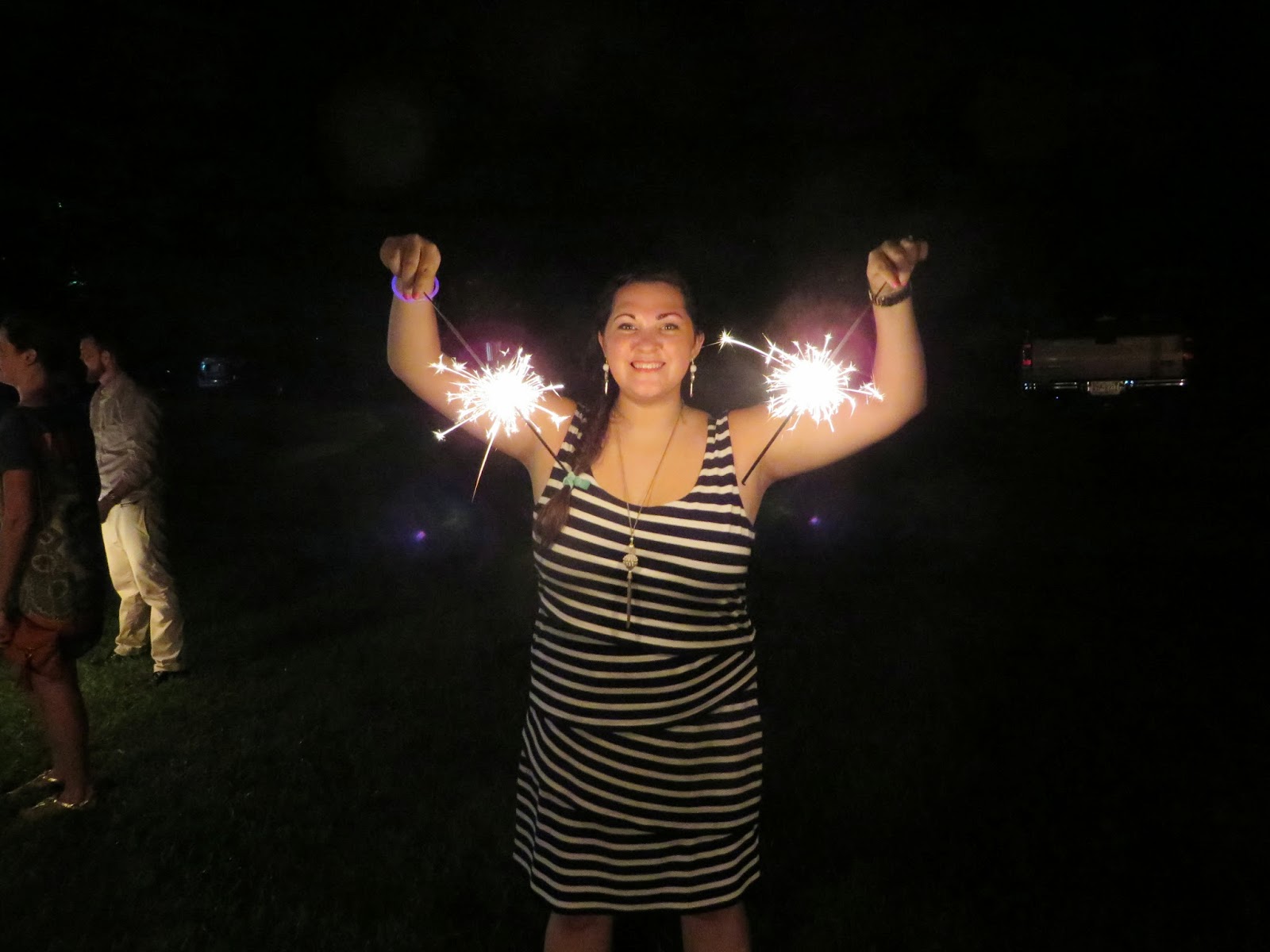 We finished the wedding with sparklers, but for those of us staying at Lake Eden, the night wasn't over yet... 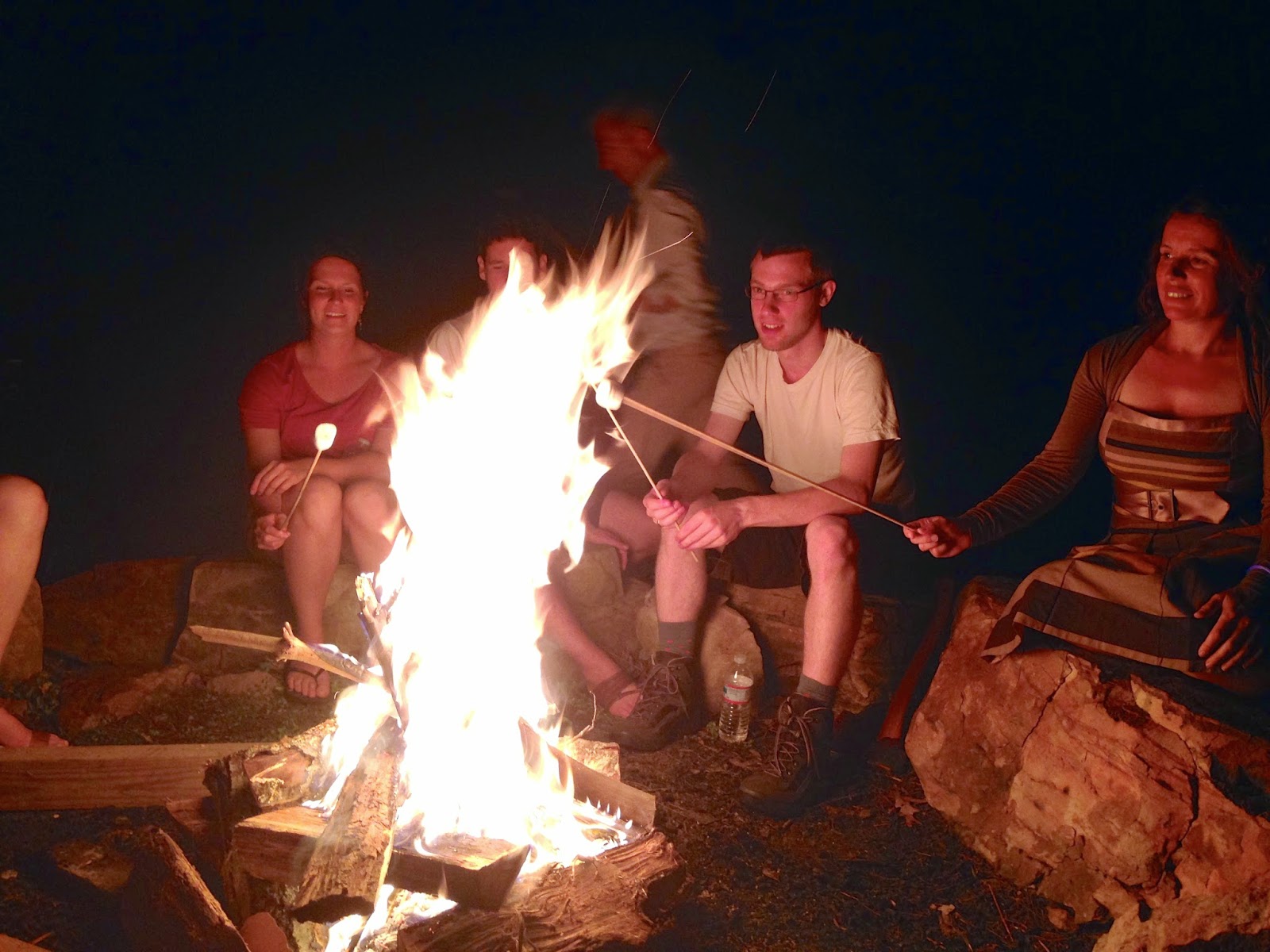 Thijs and his father built a bonfire and we roasted marshmallows for s'mores. It was one of those moments where, as it's still happening, you're treasuring the memory. What a wonderful day! 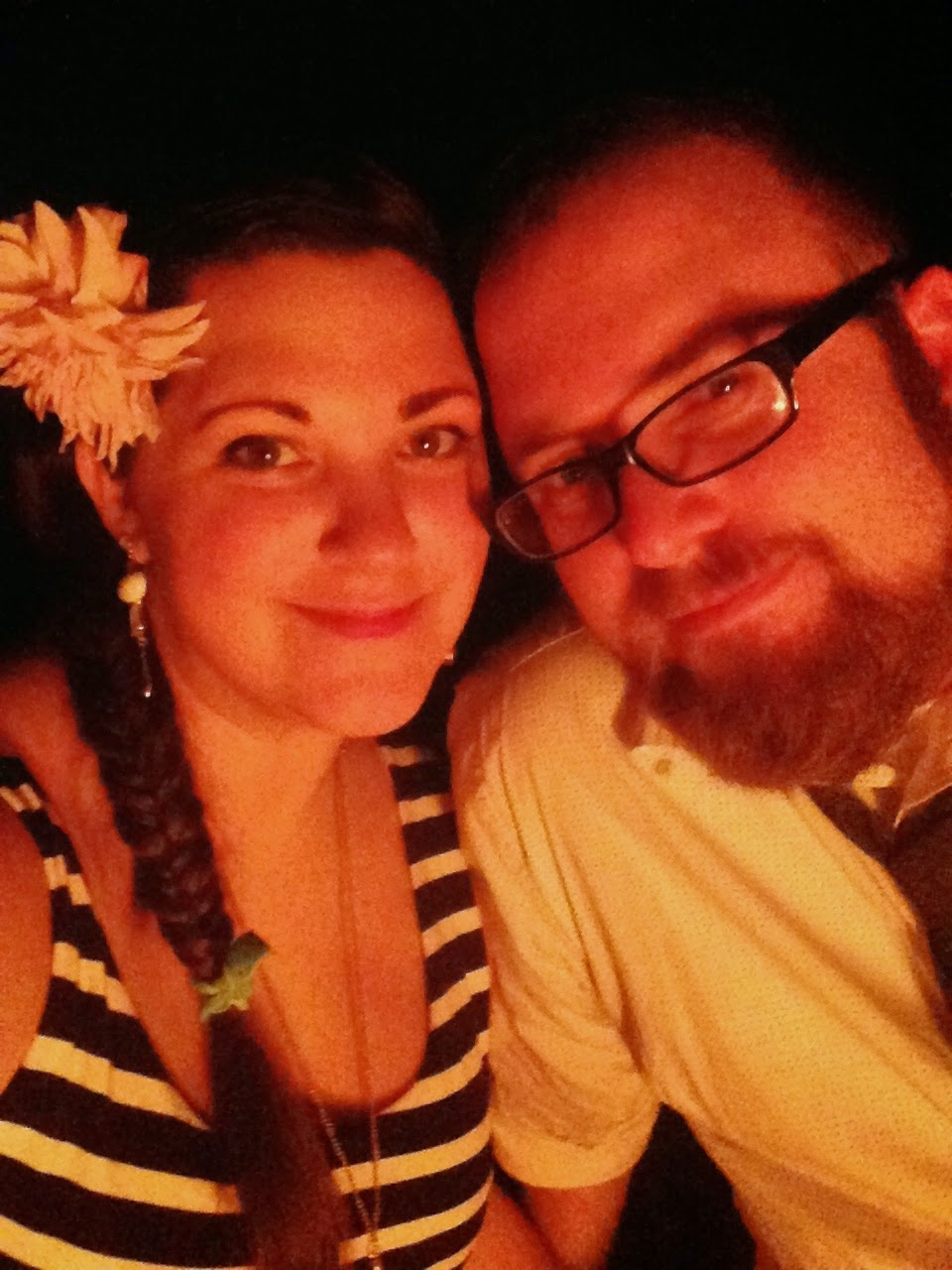 sounds wondermas!... wish I could have crashed the wedding!

I do quite a few events in here and was thoroughly impressed. There were multiple levels in the same magnificent room overlooking the city.