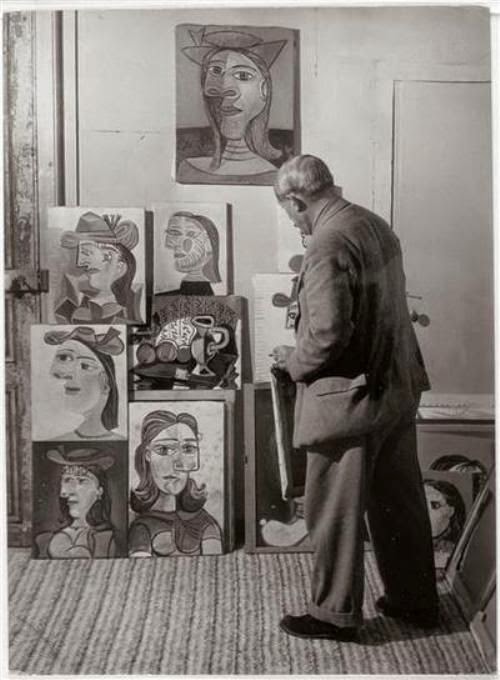 Picasso with his portraits of Dora Maar.

I had a thrill of a weekend at the front end (more on that later) and an indulgent do-nothing day today, during which I finished a book, had a pin-a-thon, watched the World Cup, went for a walk and now it's pizza time. Let's be frank, it's always pizza time.
Posted by Amber at 7:43 PM