I had seen Billy On the Street clips before, but after seeing this trailer for his third season, I basically devoted a day to watching his entire YouTube channel. His manic, in-your-face, subjective style is hilarious and I love when he's obviously judging people to their face. Billy gets to act the way we all wish we could! 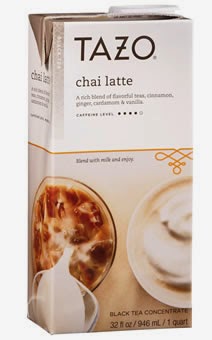 My love of chai tea, either hot or cold, is pretty well documented. Only recently did I pick up chai concentrate, which really truly delivers the exact same taste I can get at coffee shops for a fraction of the price AND I'm already imagining all the fun things I can do with it, like make ice cream.


I love how Beck disappears for a few years and always reemerges with a completely new vibe for the moment. Sometimes it's funky, Spanish-tinged pop; this time, it's mellow, AM radio-ready simplicity. It reminds me of The National, and of course his earlier work on "Sea Change." I'm digging it. 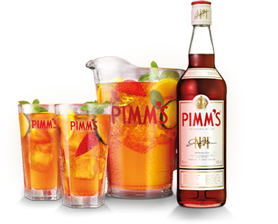 You know how you have those foods or drinks you've always meant to try, but it's never quite happened? For me, that's the Pimm's Cup. It's a classic British cocktail of summertime, always popping up in British entertainment and novels, but for some reason I rarely see it on menus. I've often paused by the bottles in the alcohol store and considered just buying it, but wanted to know if I even liked it first. I finally spotted it on the menu at Venture last week and the verdict is in: DELICIOUS. Its taste is hard to describe, falling somewhere between hints of molasses and sweet tea. The cucumber garnish is also superb.