One of my dad's go-to meals when I was growing up was stir-fry, but I was never too hip on it. I have never really cared too much for Asian food, but I've started to get over that in the past 8 years. I generally shy away from making any Asian-inspired cuisine at home because so many ingredients are involved that we don't have on hand and wouldn't use often enough to justify buying.

But, stir-fry really isn't that hard, doesn't involve too many crazy ingredients and is a great way to use up veggies! I made my first attempt on Sunday night and I think this might become a frequent meal in our house. 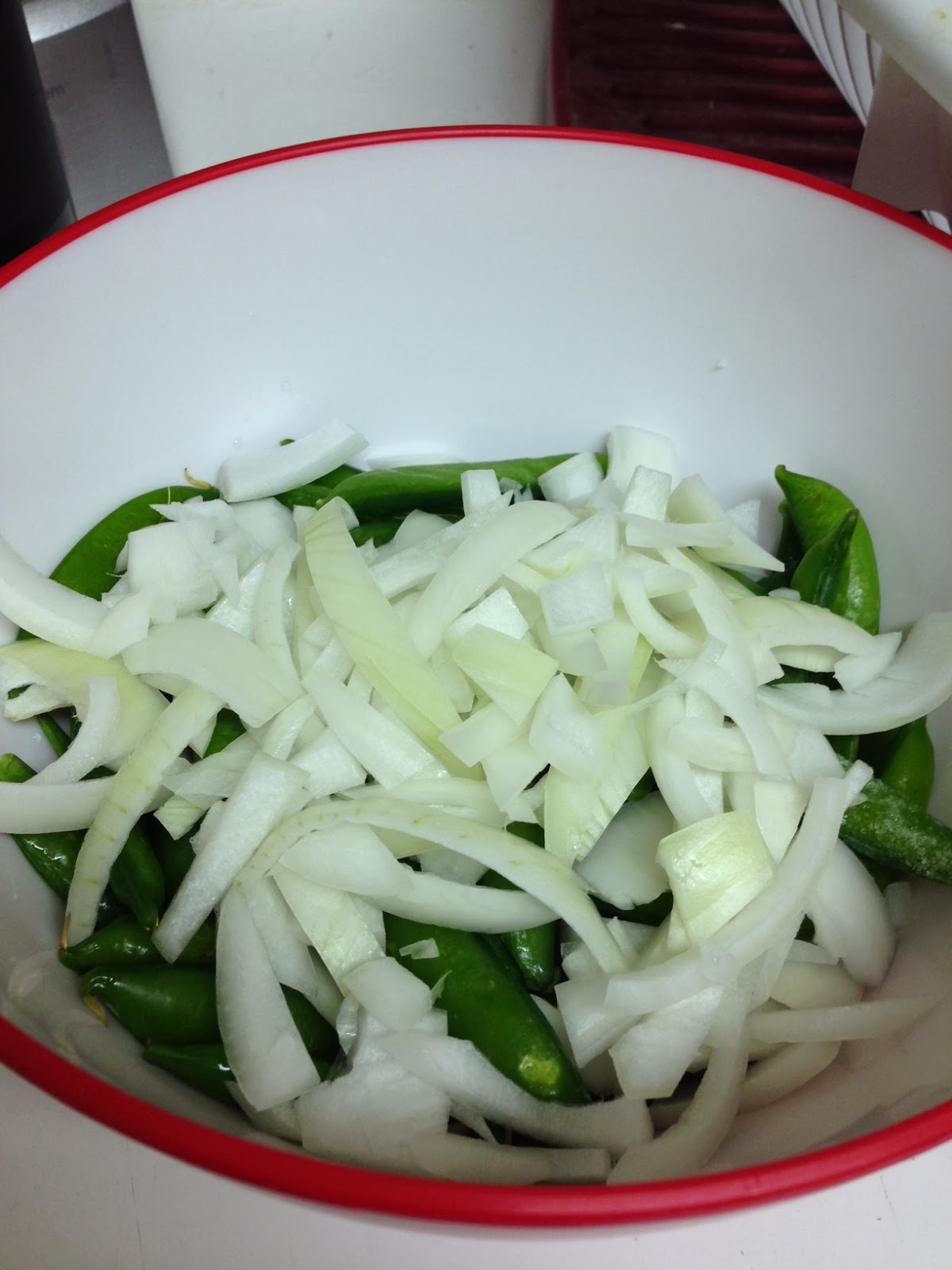 As a guide, I used this recipe from The Pioneer Woman and I highly recommend the sauce recipe. The flavors were great; I think I'm going to start experimenting a lot more with sriracha, marmalades, etc. to keep the dish from becoming boring. First, I chopped up some onions and put them in a bowl with some sugar snap peas. 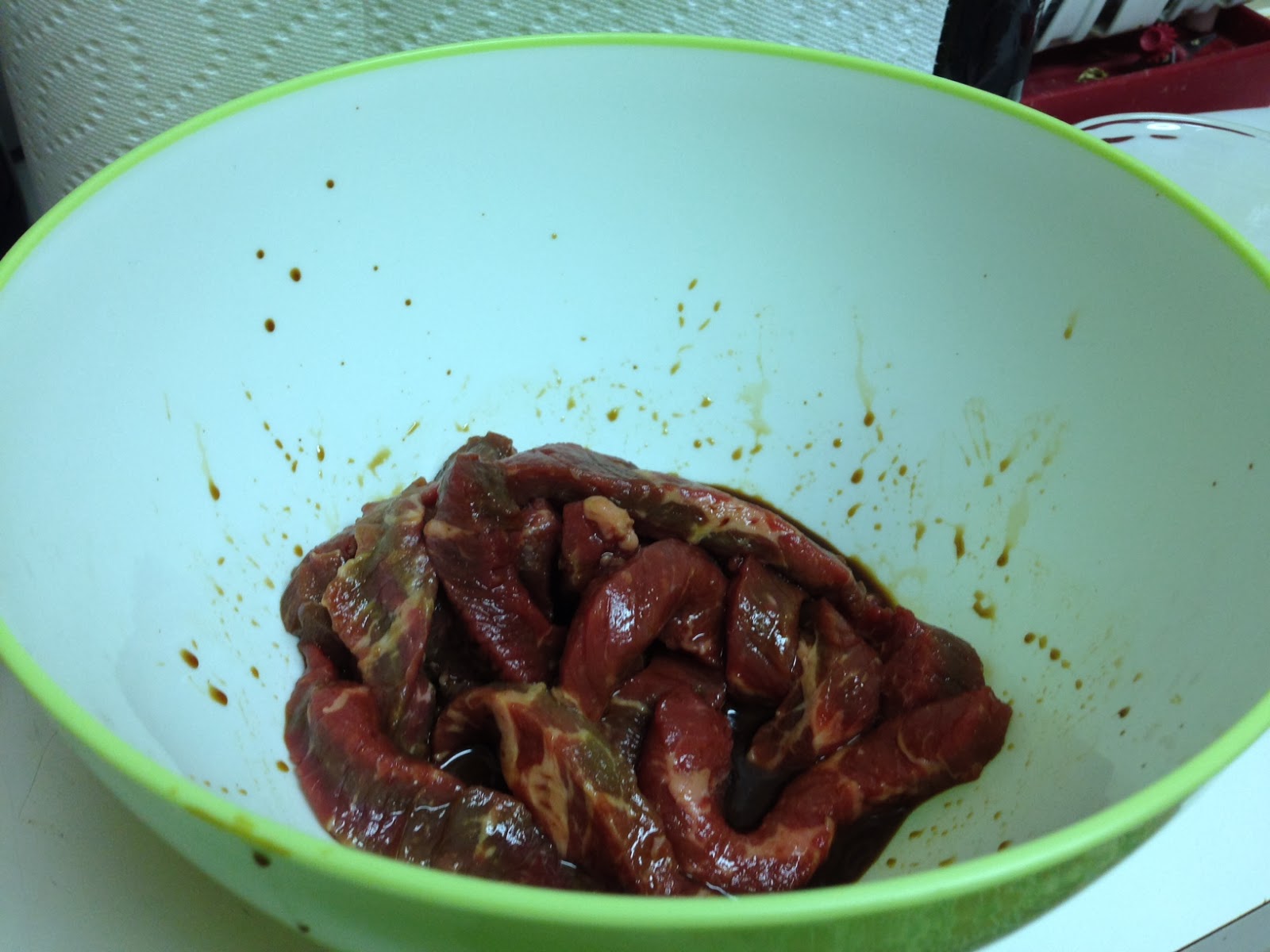 Then, I combined soy sauce, cooking sherry, brown sugar, ginger (I didn't have minced ginger, so I just used powdered ginger) and cornstarch, which gives the mixture that nice thickness that almost caramelizes in the pan. I quickly covered the steak strips with the liquid and set aside some extra to add at the end.

One big mistake: I have a wok that we've never gotten around to seasoning (lazy much?) and decided to just use one of my regular pans. Needless to say, once I had sesame oil sizzling in the pan and added the veggies, it was spitting oil EVERYWHERE. The entire kitchen basically needed a scrub-down after that debacle.

I cooked the peas first, for about 30-40 seconds, then placed them on a plate. I then cooked the steak on really high heat (I honestly could have lowered it) and added the onions long enough to get them just barely cooked. I mixed it all together in the pan, added the remaining sauce and then plated it on top of a bed of jasmine rice. 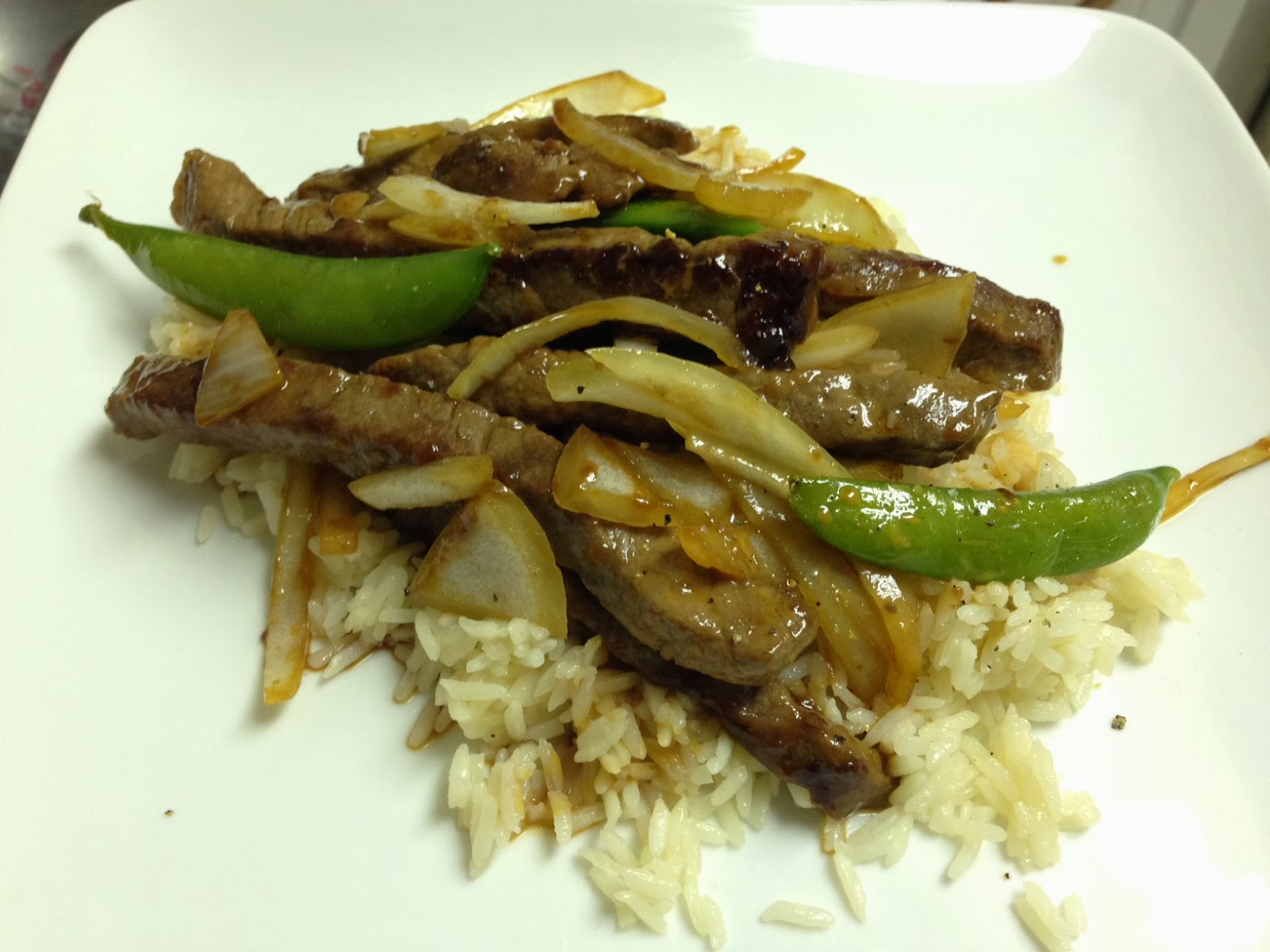 The meal was delicious and considering I used low-sodium soy sauce and added very little salt, it was relatively healthy-ish. The flavor was wonderful and the serving size was good, too. Definitely putting this in regular rotation for when we have leftover chicken/veggies!

Do you have any excellent stir-fry combos we should try? What's the best stir-fry sauce you've whipped up? I think I have to get serious about seasoning my wok now!
Posted by Amber at 3:25 PM