For our most recent tour across the wine-making United States, wine club made a "stop" in Washington state via our lovely hostess Jen.

Washington is actually the second highest producer of wine in the U.S., behind California. Most of the wine production happens eastern half of the state, where it's much less rainy, has mostly consistent temperatures and long sunlight hours. Rieslings have been Washington's calling card in the wine world since the 70s, but the state has gradually become recognized for its Merlots and Syrahs. 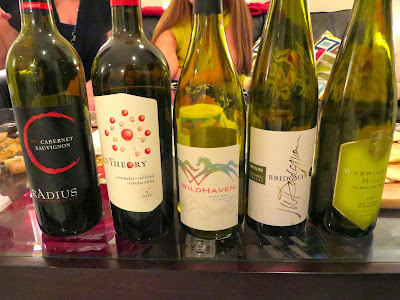 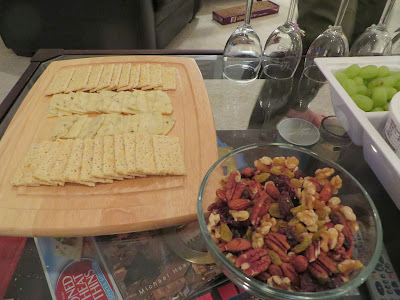 Inspired by the hippie-crunchy granola vibe of Seattle, Jen made her own trail mix! She also served the most scrumptious Washington state cheese. 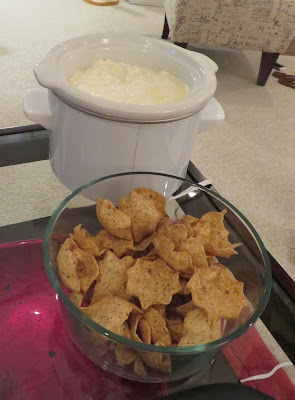 But even more scrumptious was the hot sweet onion dip ... it seriously made her house smell amazing. Washington is known for its vidalia onions, hence the dip! 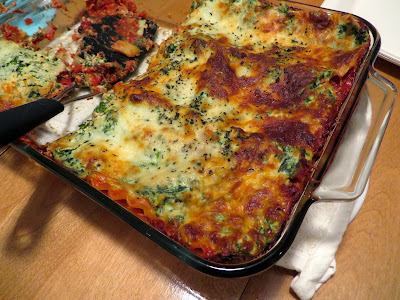 She outdid herself with her veggie lasagna florentine, which was seriously delicious. Melissa took a bite and was like, "Jen. This lasagna!" 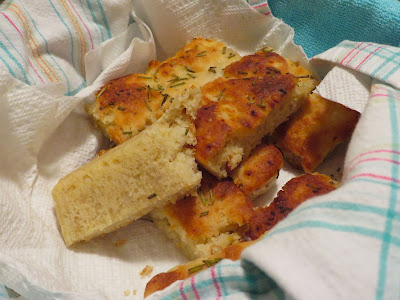 My favorite was actually her carmelita housemade focaccia with potatoes and fresh rosemary, a nod to Washington's Yukon Gold potatoes. This bread was seriously moist, but dense and tasty. 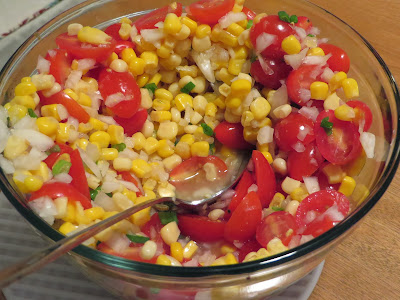 I also loved the corn, sweet onion and tomato salad, with cilantro and rice vinegar. It tasted super fresh. 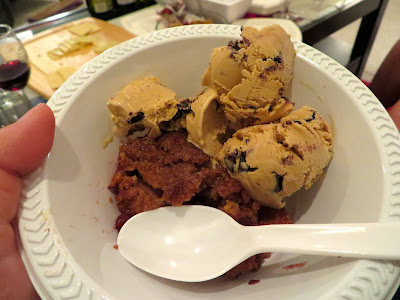 And finally, you can't have Washington night without a little Starbucks. We had slices of an apple-berry crisp with scoops of Java Chip ice cream and it was the perfect ending.

Next stop on our cross-country tour: New York state!
Posted by Amber at 10:00 AM

I'm always looking for a good Riesling. I can't wait to try out the two you mentioned!