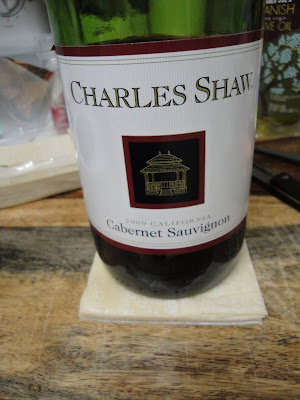 I am terrible with leftovers. First of all, I hate eating the same thing two days in a row. Second of all, I think very few things taste as good or better the second time around. Thirdly, I'm just not that creative with leftovers.
But a couple of weeks ago, I totally rocked leftovers for the better! I had a busy day at work ahead, so I set up the slow cooker to make bolognese sauce. Then, two days later, we were invited to go tailgating and needed a snack to bring. I remembered this recipe for mini lasagnas, so — ta da! — the bolognese didn't go to waste AND I brought a super delicious dish to our tailgate. Win-win, for sure.
The magic that makes these possible is wonton wrappers, which are usually available near the tofu in most grocery stores (typically near the produce and random Naked and Acai juices). The first step is to cut the wrappers into rough circle shapes. I don't have a biscuit cutter, so I used a wine bottle and cut around the base with a paring knife. 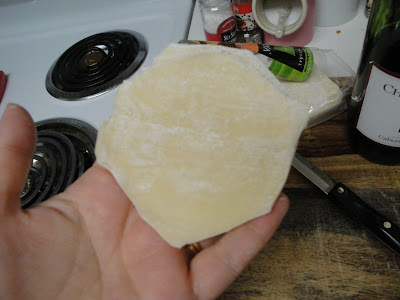 This yielded very rough circles, which I stuffed into muffin pans that had been spritzed with olive oil cooking spray. 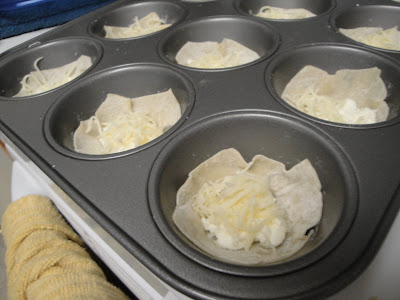 Once the first round of wonton wrappers went down, I added a dollop of ricotta cheese and a sprinkling of mozzarella. I was out of parmesan, but that would have been a good addition, too. 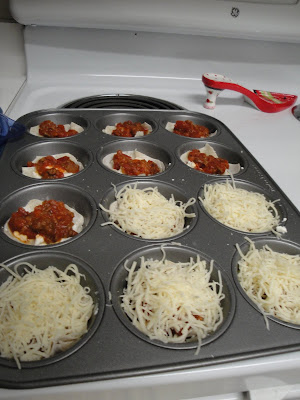 Then added a scoop of the bolognese and repeated the process one more time: wonton wrapper, ricotta, bolognese and much more mozzarella. 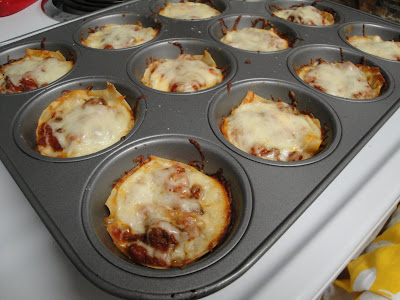 I put the mini lasagnas in an oven preheated to 375 and baked for about 20 minutes. You want them to get sturdy enough to hold in your hand, but not crispy. The cheese should form a little burnt crust — a.k.a the most delicious part. 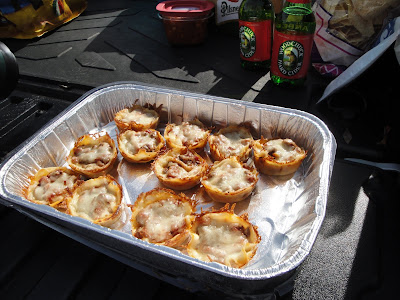 I packed them up to take them to the tailgate, and I don't mind saying they killed. They were super delicious and anyone could make them for their next party hors d'oeuvres. You could easily make them vegetarian, as well, by subbing eggplant for the meat in the sauce.
Posted by Amber at 12:30 PM

I'm really excited to try these! I have NEVER ONCE made lasagna. I wonder if these would freeze well...

I still haven't made big girl lasagna either! And honestly, these were so cute and versatile, I'm not sure I ever will. lol.