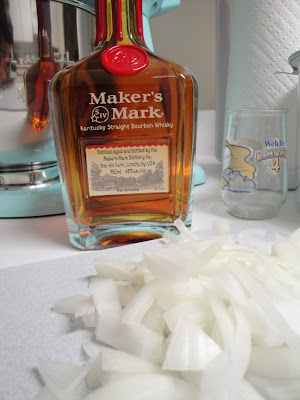 I was recently gifted with a nice big bottle of Makers Mark, fresh from Kentucky and immediately set out to find a recipe to utilize the bourbon. Sure, I could have made bourbon balls or bourbon bread pudding, but where's the fun in that?
So instead, I present pork chops with bourbon onions! I spotted this recipe in an unidentified cooking magazine that I have since tossed (oopsie!), so I'll try to be comprehensive in my ingredients and directions! 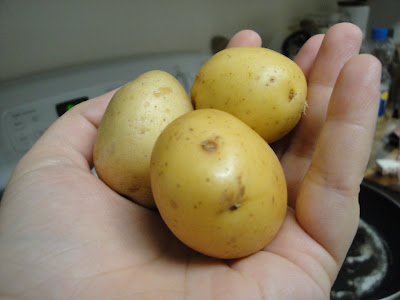 For our side dish, I was all about those amazing crispy parmesan roasted potatoes. These tiny little potatoes are adorable. 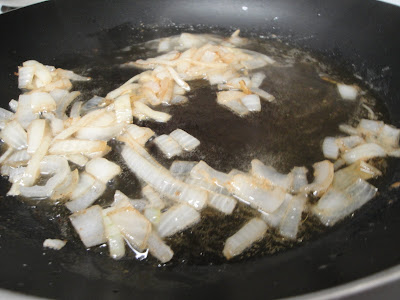 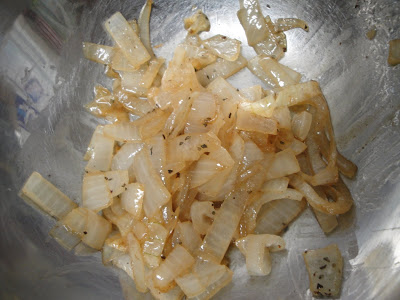 Place the onions in a bowl and mix with sage, salt and pepper. Try to keep the onions warm (I was not so successful in that endeavor....thanks a lot, foil!). 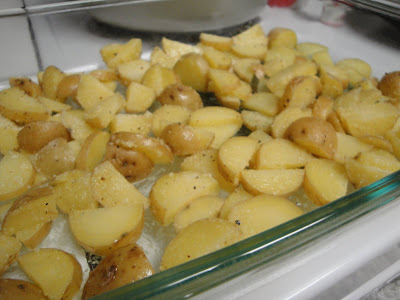 Meanwhile, Sean and I boiled the potatoes, cut them up, doused them in olive oil, salt, pepper and parmesan and placed them in a baking pan. I then roasted them for-eva, like 30 minutes. 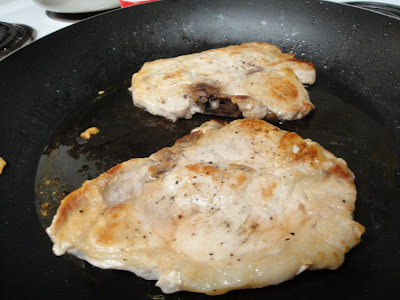 Meanwhile, I salted and peppered two bone-in pork chops and put them in the freshly-cleaned skillet with vegetable oil. I cooked them on high heat for about five minutes on each side, then lowered the heat and slow-cooked for a while until they looked browned. 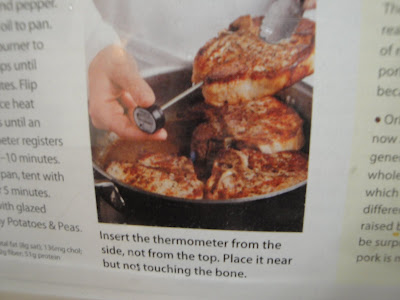 But how come they didn't look like this?! Dangit, picture in magazine, why are you making me feel bad about myself? I tried to cook for a while, but there was a point when I knew they were done and just moved on with it. 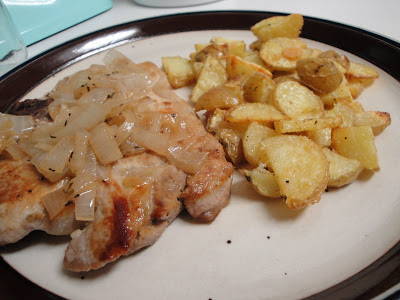 Once the chops were done, I topped them with the onions and served with the potatoes. I was a little nervous because caramelized onions can sometimes be way too flopsy or slimy, but these were perfect! Still a little bit of snap, but perfectly carmelized as well and the BOURBON! OMIGOD THE BOURBON! I swear, I was dubious about this dish when I was plating it, but every bite was delicious — salty pork + sweet bourbon onions = amazeballs.
Posted by Amber at 12:35 PM