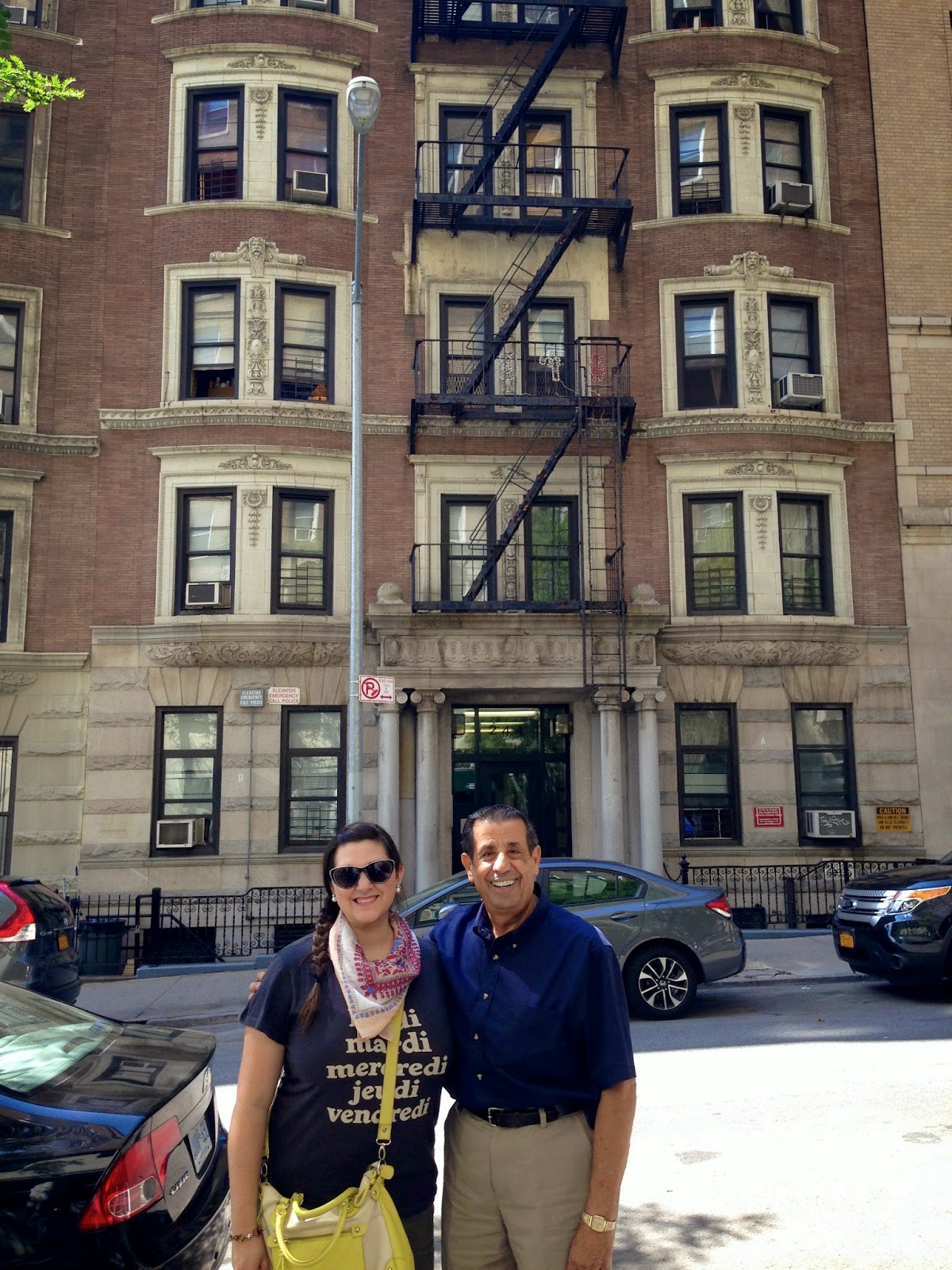 There was a commercial a few years ago that showed a grandson driving with his grandmother to her childhood home that used to make me weep, and the idea stuck with me. I think most of us can agree our childhoods form a huge percentage of who we become and yet most of us have rarely seen where our parents or grandparents grew up. I decided I wanted to see my Grandpa's New York, so on Sunday, he graciously showed off his old neighborhood. It was fun to have a visual to all the stories I've heard for so many years, and also to hear new stories!

He grew up in the area now known as Manhattan Valley on the Upper West Side, a few blocks south of Columbia University. The area was mostly Irish when he was a child, but by his teens, had an influx of Puerto Ricans and Cubans. He basically lived "West Side Story," and was telling me all these crazy stories about turf wars and gang rumbles. Needless to say, when he became a father, he decided it was time to move to the Burbs. And now of course, the neighborhood is starting to become gentrified and it seems impossible to believe he once paid $100 a month for a seven-room apartment! 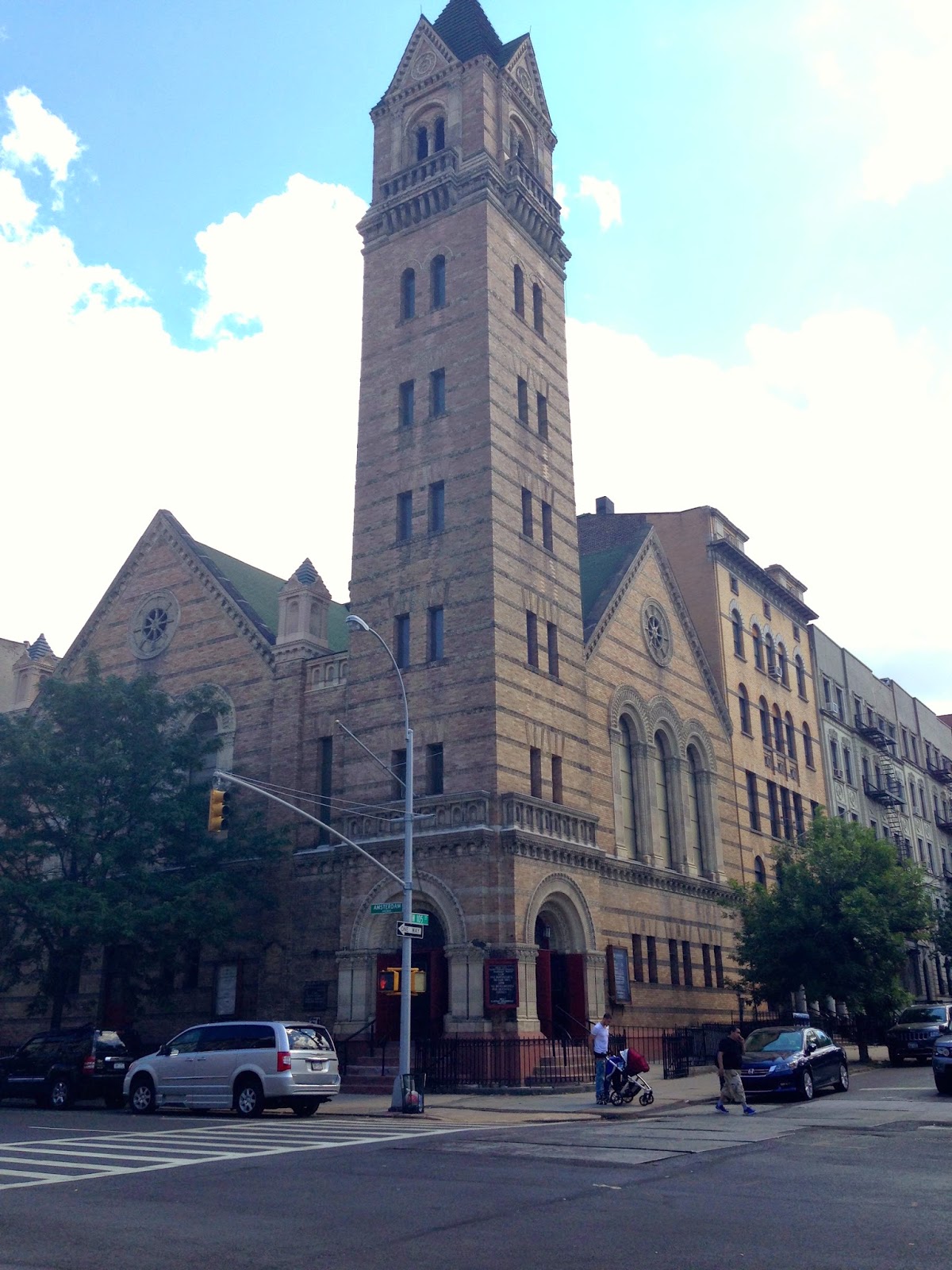 He showed us the church he attended for most of his youth, where he was married and my mom was baptized... 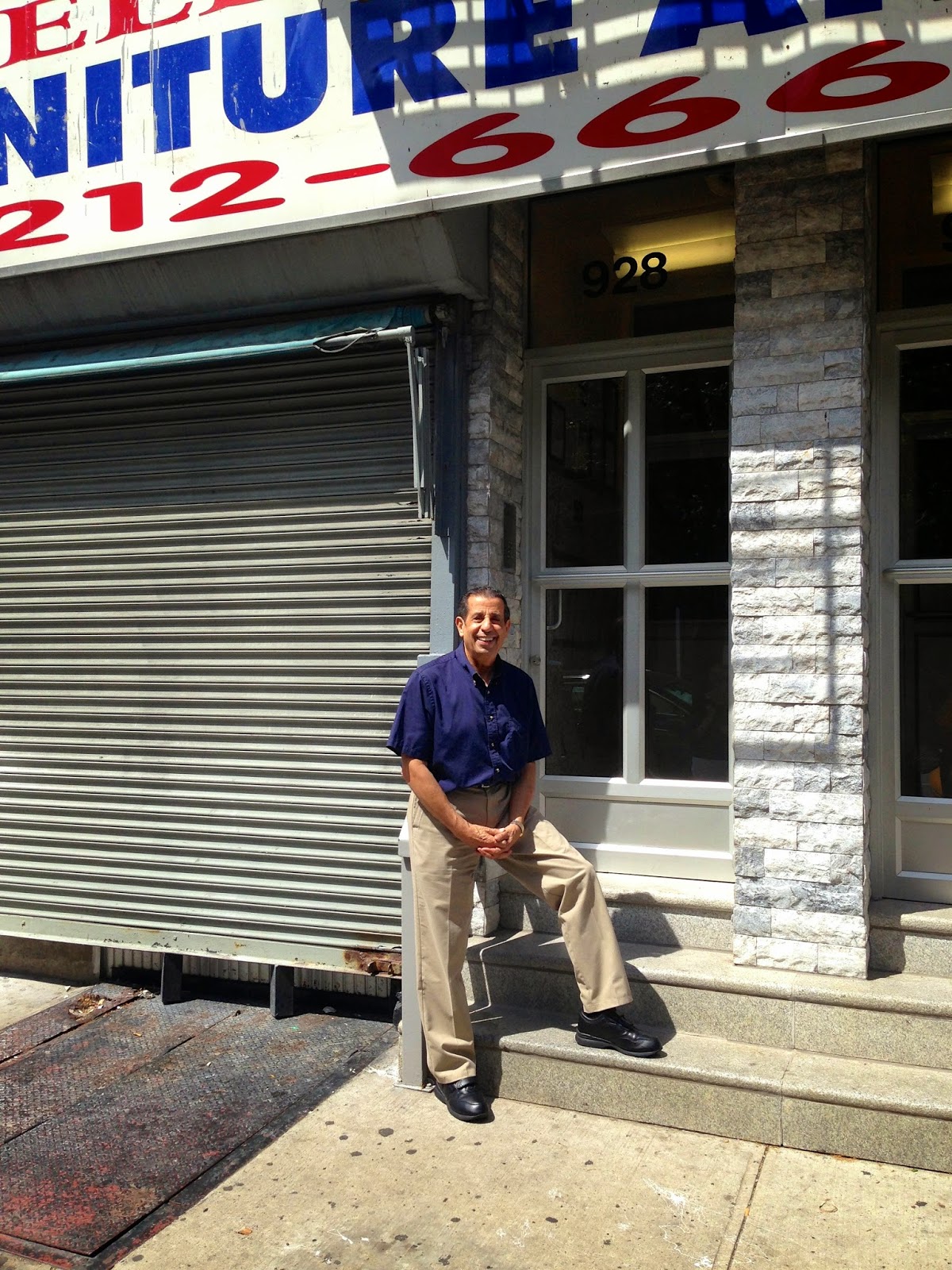 He showed us where his stoop used to be, and taught us the whistle he used to signal his friends in the building... 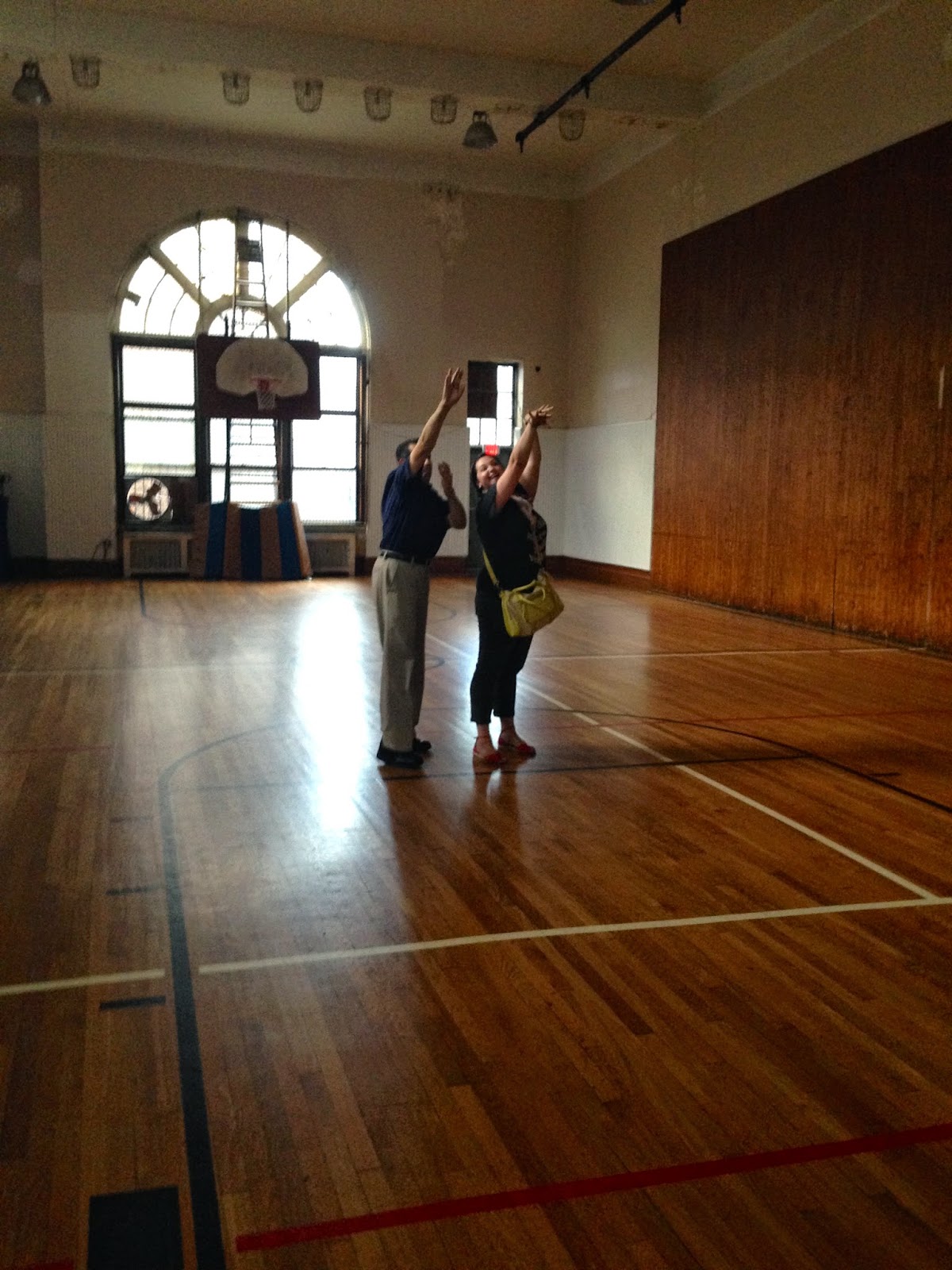 And he showed me the old church gym where he used to dominate in basketball! 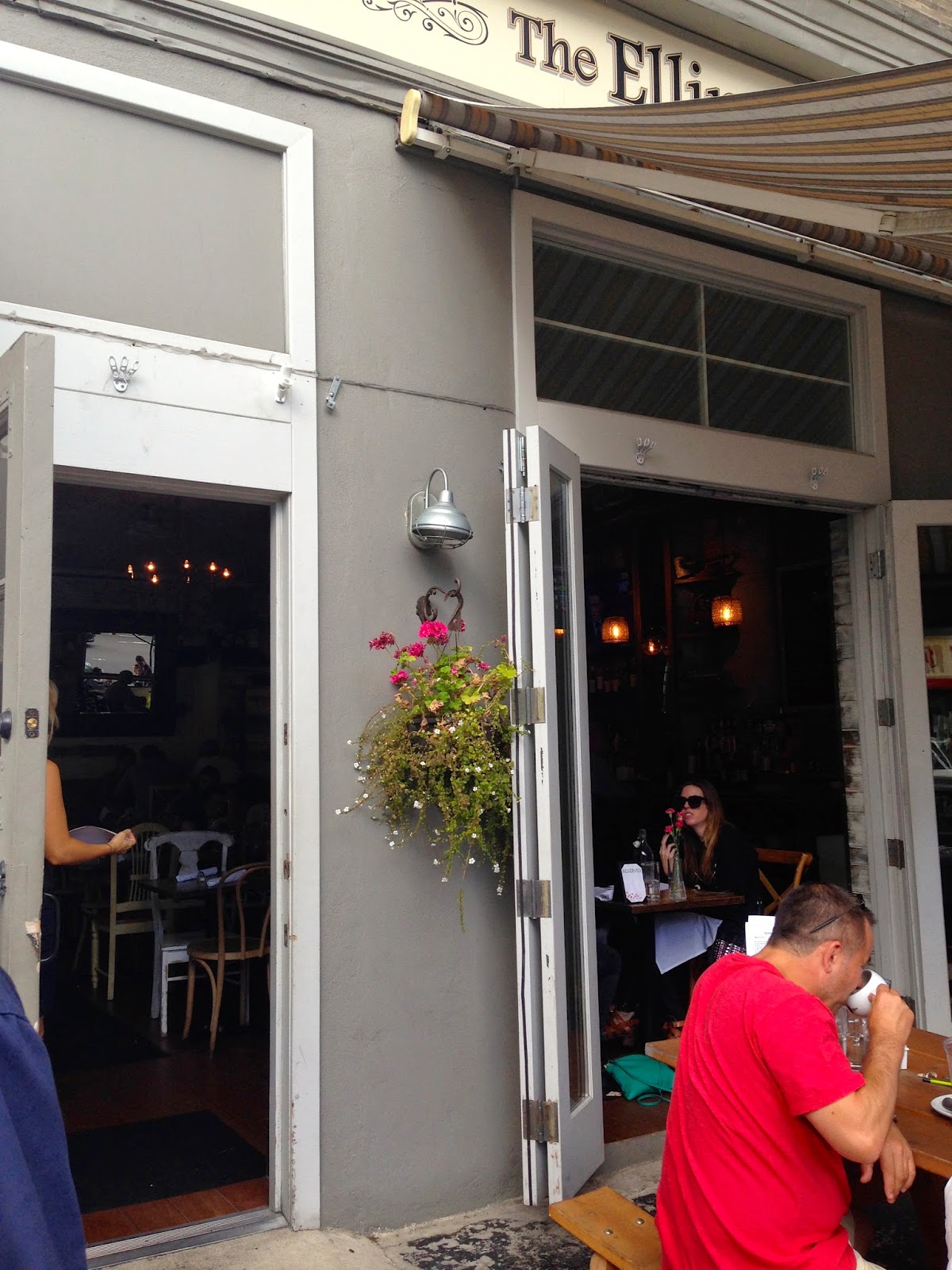 We ended up having a spontaneous brunch at a charming restaurant called The Ellington, in a building he says used to be a candy store (he said EVERY building used to be either a candy store, dry cleaners or bar). 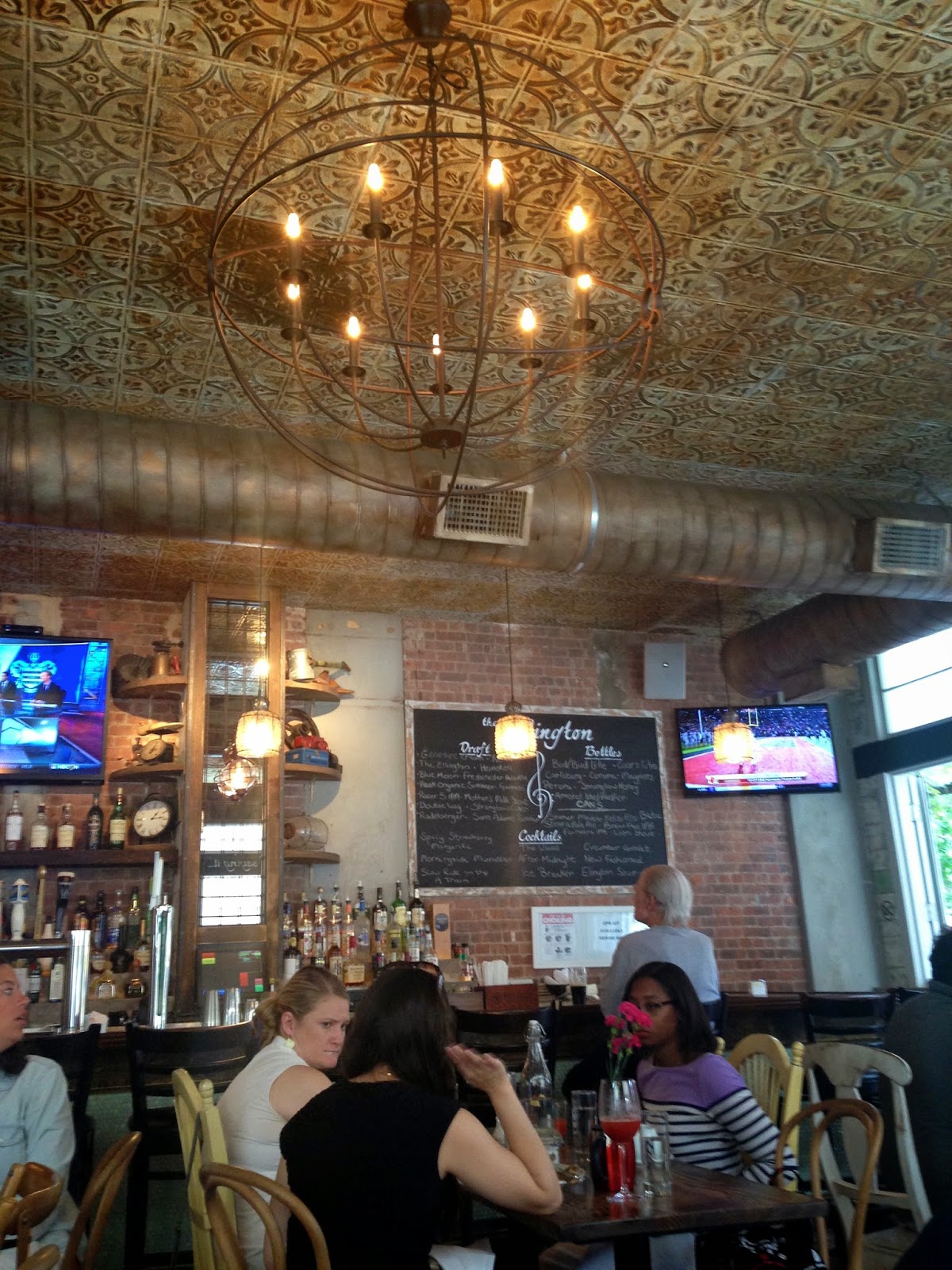 The decor was adorable. 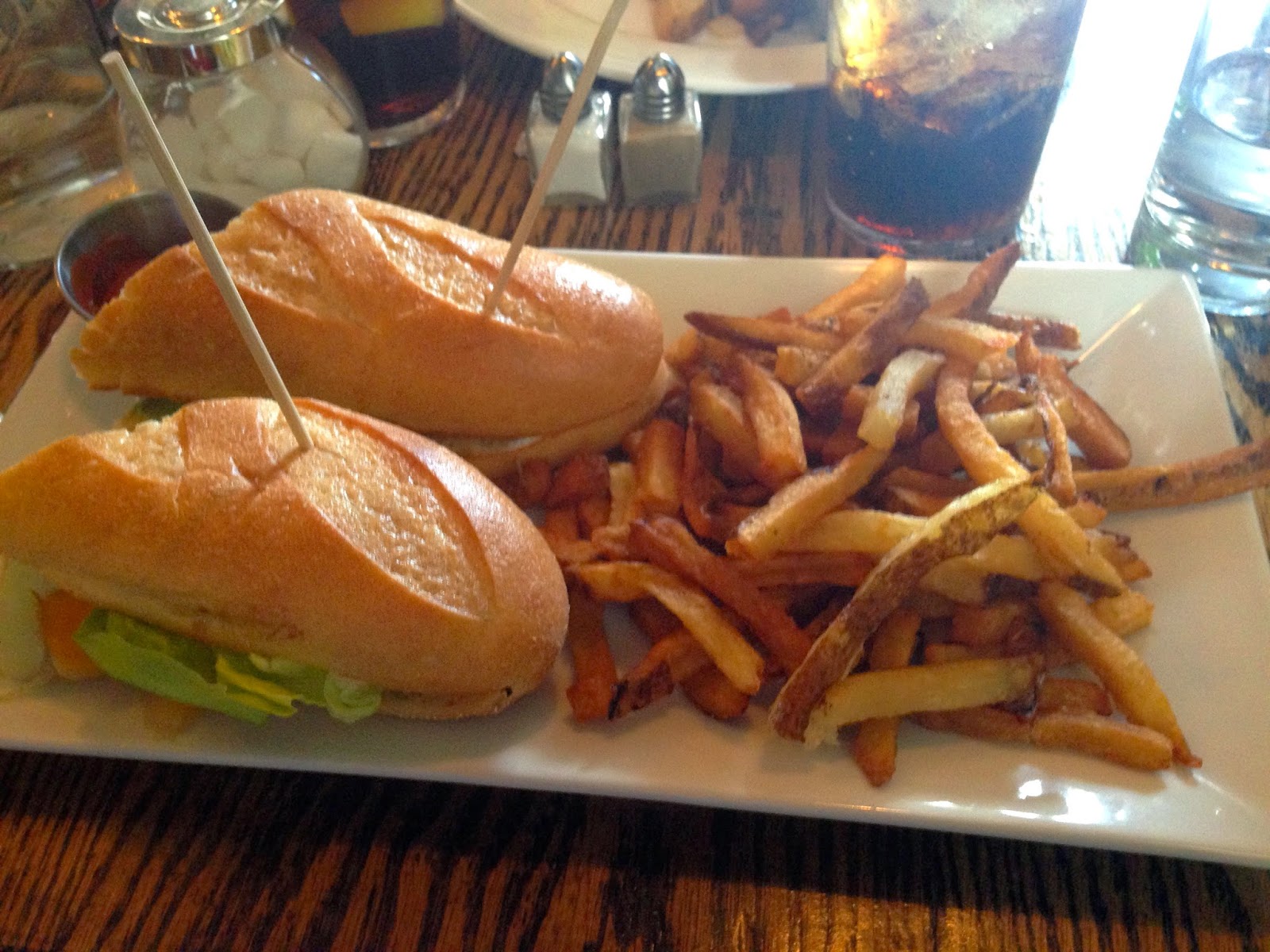 Both Ashleigh and I noshed on the chicken sandwich, with cheddar, lettuce, vanilla grilled onions and chipotle mayo. I will admit, the vanilla onions sounded amazing, but in practice they tasted like grilled fennel and it threw off the flavor of the chipotle mayo. But otherwise, it was delicious! 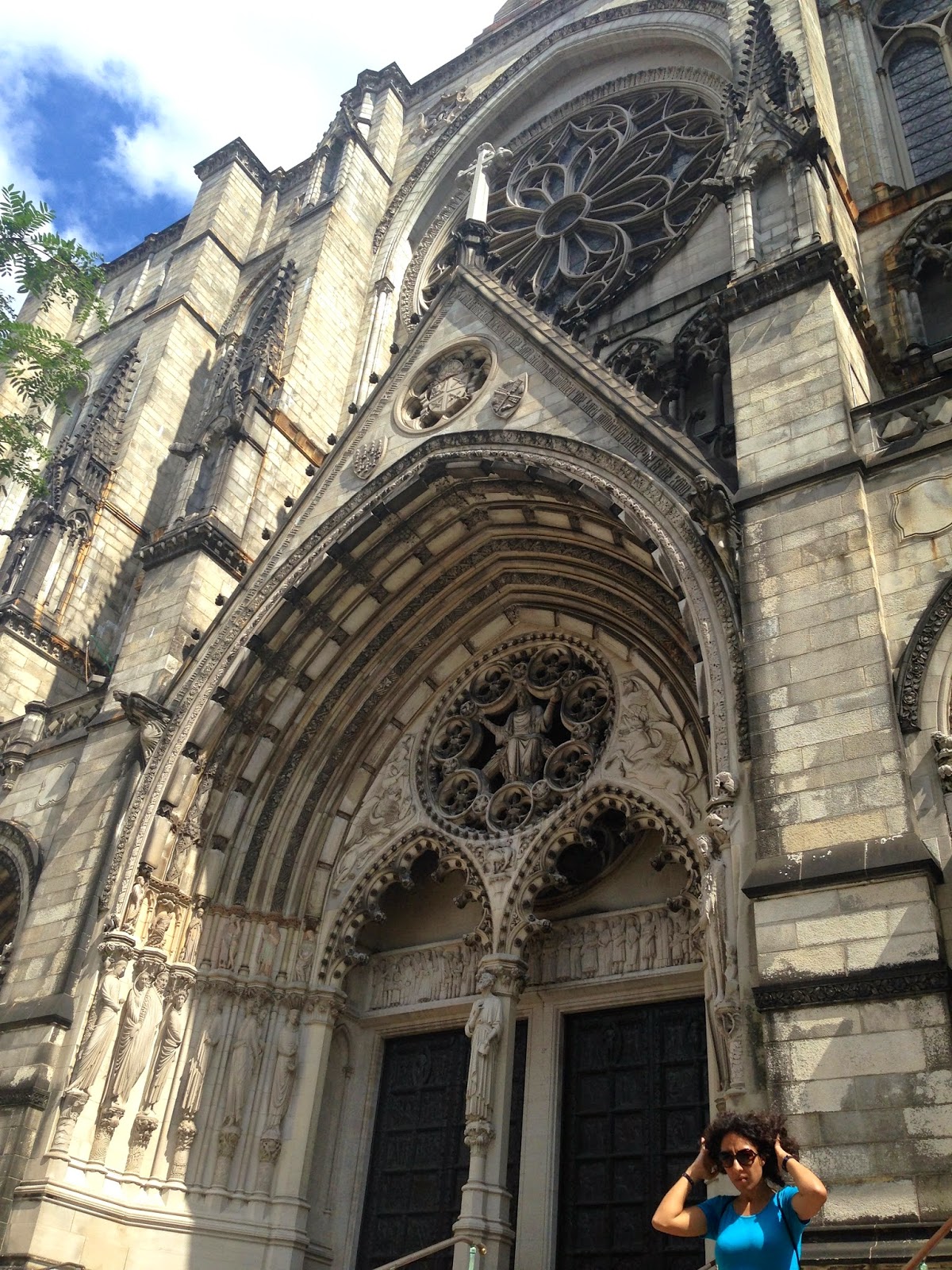 After lunch, we went to the Cathedral of Saint John the Divine, the fourth largest Christian church in the world. It's HUGE and majestic. Papa said he used to come there for concerts and I was dying to hear someone sing! 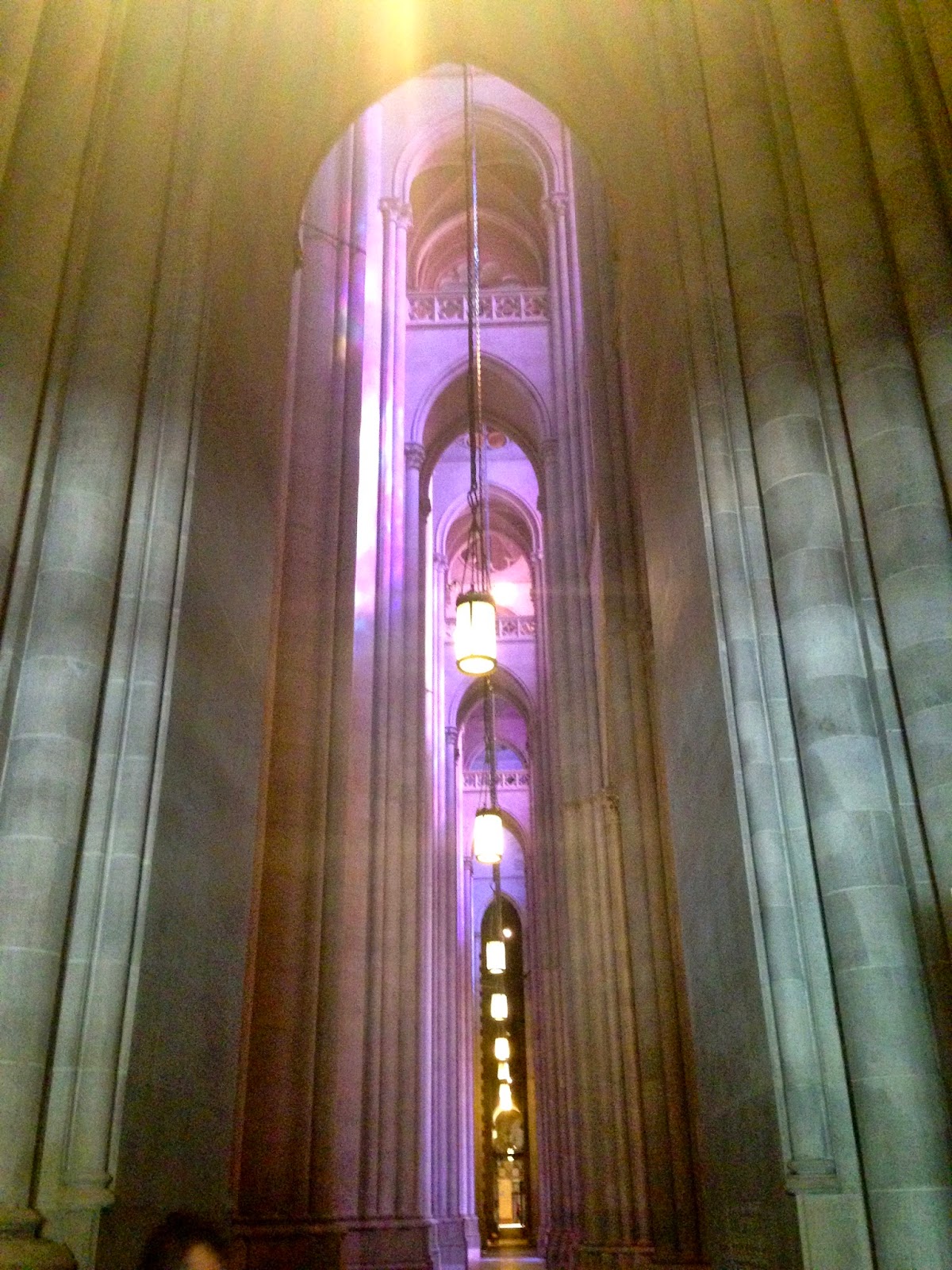 I mean, the light from the windows was AMAZING. 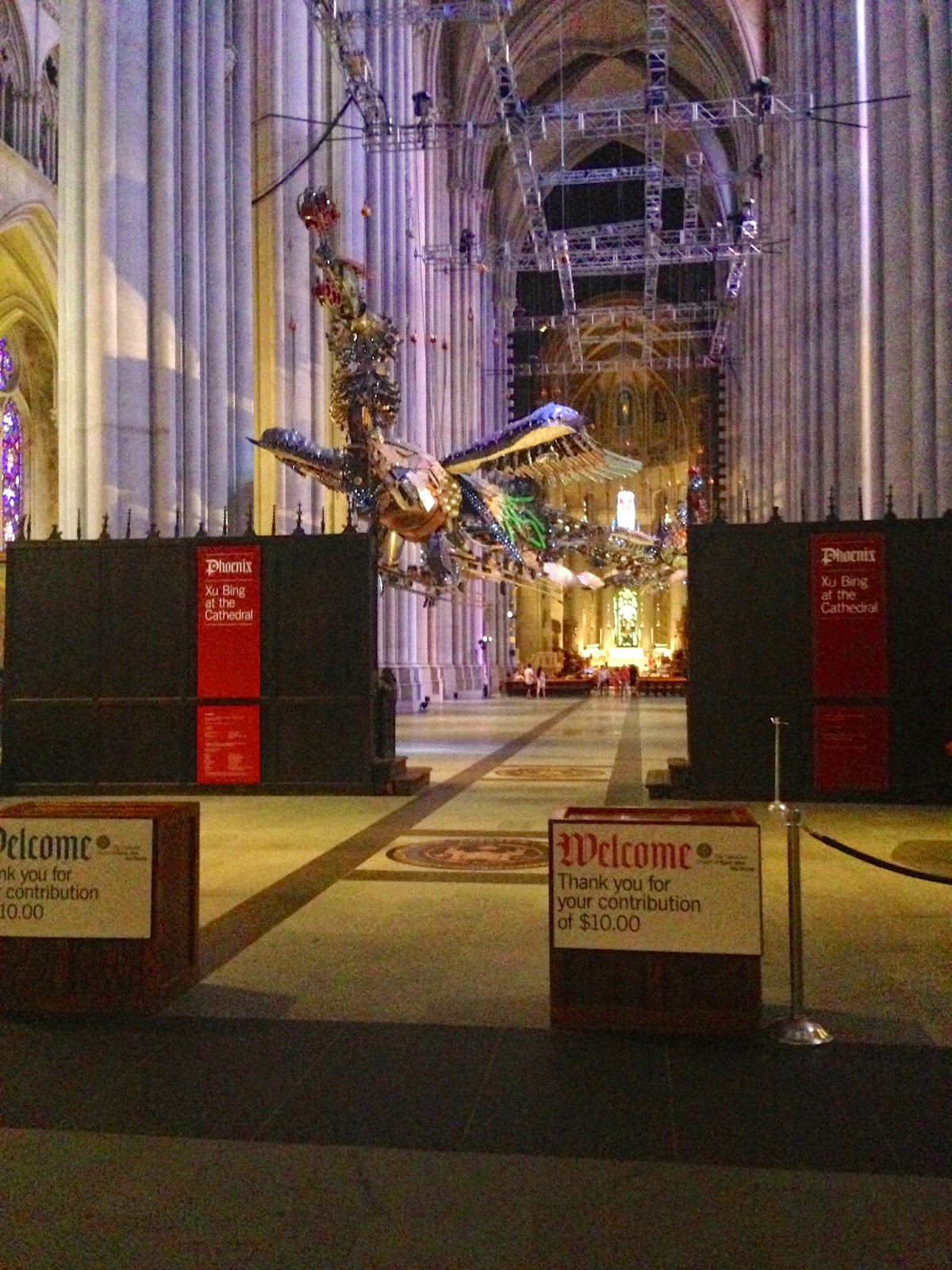 Not everyone agreed the church was the best place for an art installation, but I loved seeing Xu Bing's "Phoenix," a pair of phoenixes made of found materials. Churches make amazing art venues. 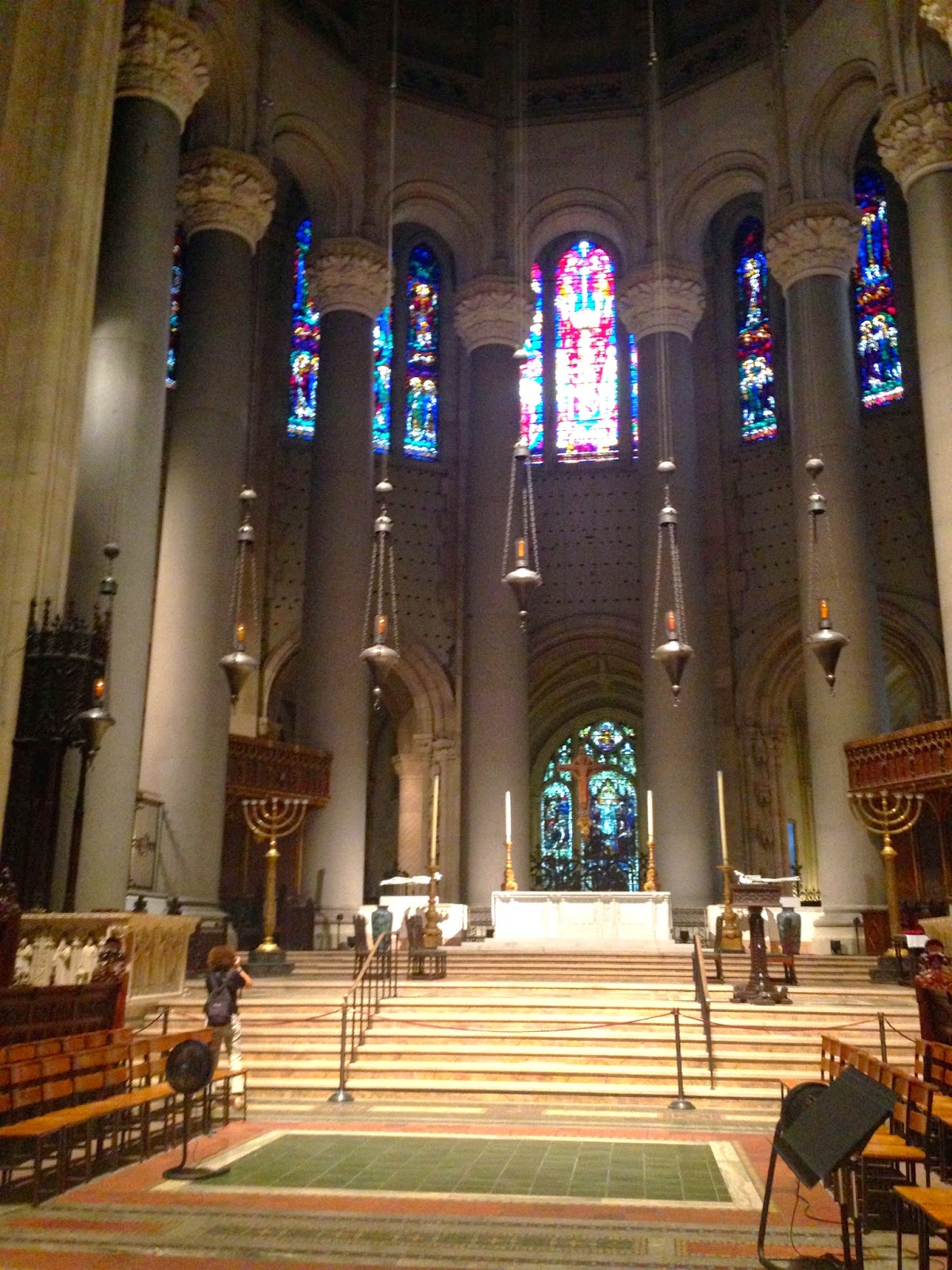 The hanging lights at the front reminded me of Harry Potter for some reason! Comparing it to a book about wizards is probably sacrilegious to say. 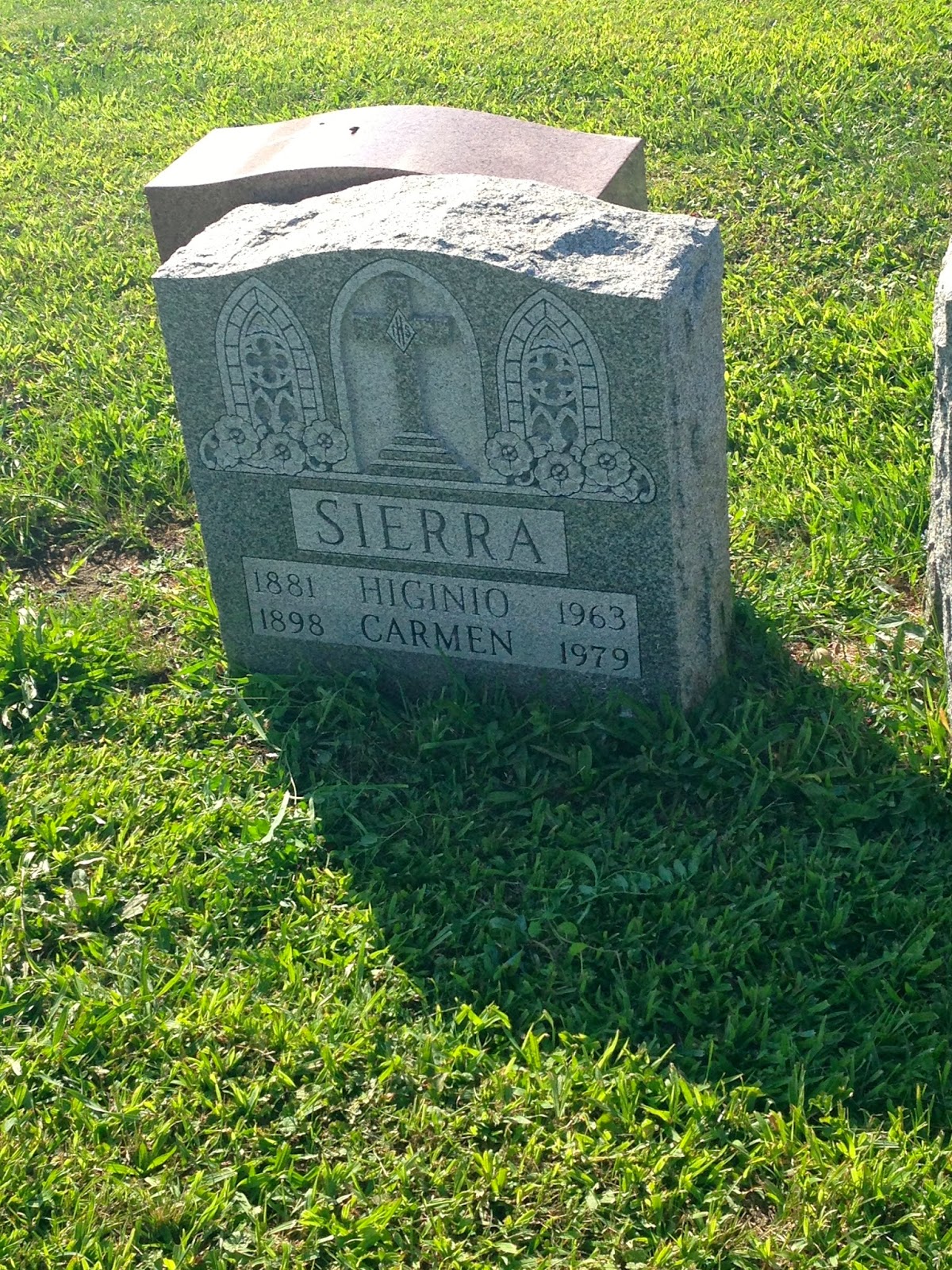 We finished the day at a cemetery in Queens, where we saw the graves of my Papa's aunt, uncle and mother. I'm so happy we took the time to relive his childhood, and to know that I can now tell the stories and give the tours to future generations. If your grandparents are living, ask them to show you where they grew up! You'll hear stories you've never heard, gain perspective and maybe walk away knowing them better than you ever did.
Posted by Amber at 9:30 AM

AH, St John the Divine looks phenomenal! I’d love to see it in person. I just re-read “The Year Of Magical Thinking” by Joan Didion and she mentions Saint John throughout the book.