Tonight is the night! I cannot lie...it's hard to be excited about this year's Oscars, which have already had many missteps before the night even started. I didn't get to see some of what were probably the best movies, either, which is a bummer. BUT we can at least be excited about my favorite part: the fashion!

I love to imagine what I would wear if I were one of the many people who get to walk that red carpet. Join me in my Imaginary Oscar World, and let me know if I'd be in your best dressed of the night or on your personal Fashion Police episode! 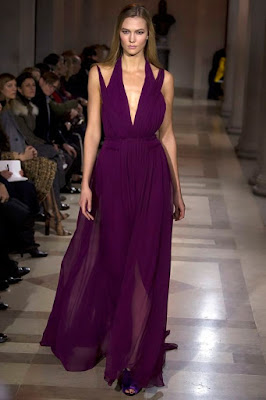 The night isn't about you, but if your man (let's imagine he's Tom Hardy in this scenario) will be stopping every few minutes to talk to Giuliana or Ryan Seacrest, you might as well look beautiful and glamorous in this flowy eggplant gown by Carolina Herrera. 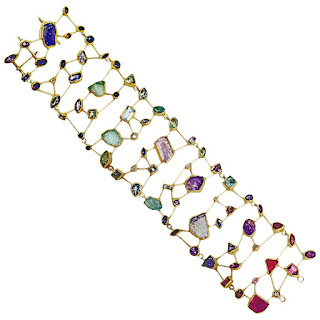 If I were a Hollywood stylist, it would be my personal mission to convince my clients to think beyond the diamond. I love diamonds and nothing rivals their sparkle, but there are so many amazing gems and jewelry designers that get no love on the red carpet. I love this modern color spectrum bracelet by Petra Class. It would be a perfect pop, but wouldn't take away from the simplicity of the gown.

If I Were: Nominated for a Non-Acting Award 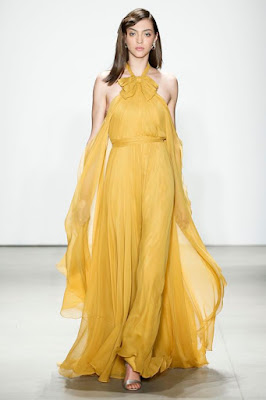 It's inevitable a not-famous non-actor will end up on the stage, saying thank you's for either a documentary or a Pixar movie or producing. Seize the moment and maybe even make a go for a best-dressed list in this sunshiny Jenny Packham. 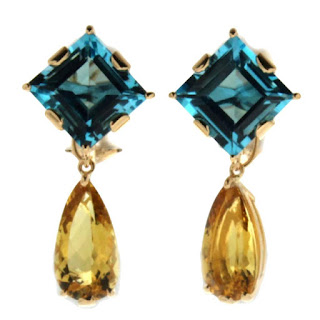 Non-acting nominees are lucky if they can even find someone to loan them a dress, so I doubt they have easy access to diamonds, either. Who cares when you could grab attention with these blue topaz and citrine sparklers?

If I Were: An Ingenue Presenting an Award 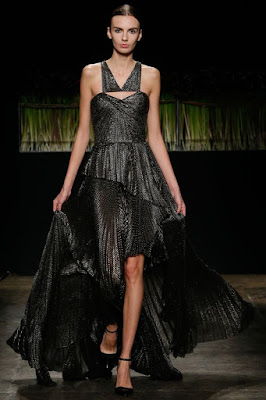 Imagine you're Daisy Ridley. You are the star of the world's biggest movie of the past year, a dead ringer for Keira Knightley and yet, most people barely know who you are. Time to make an impact and inspire some casting directors. I'd love to see Daisy look modern and even a bit futuristic in a nod to the role that put her on the map in this galactic J. Mendel gown. 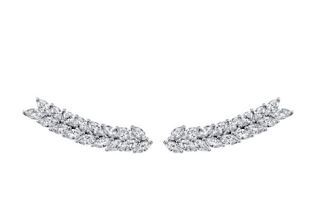 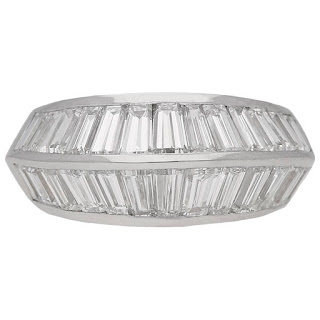 A modern young actress should look hip and cool, but classic and elegant, so diamond ear climbers would be just the thing. These are by Anita Ko. I'd add a modern-looking diamond ring, like this 1970's Oscar Heyman baguette ring that looks a little like a spaceship.

If I Were: A Seasoned Actress Getting her Groove Back 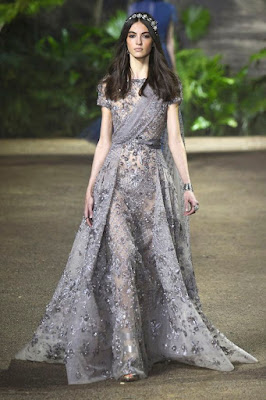 Jennifer Jason Leigh, Charlotte Rampling or even Kate Winslet would all look gorgeous in this sari-inspired Elie Saab gown. It's got all the hallmarks of your usual red carpet gown, but the details make it shine. 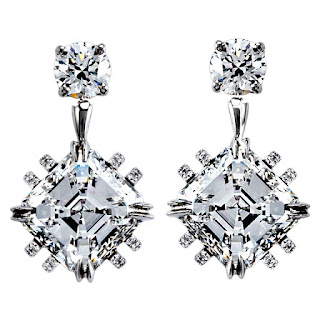 Simple diamonds, with elegant details like these Asscher-cut drops, are all the accessory a dazzling dress like that can take. 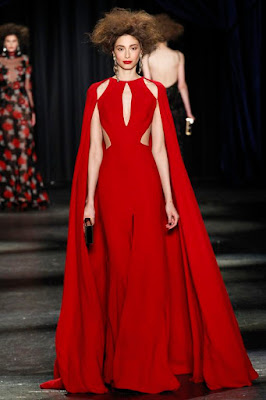 The downside of knowing you probably won't win is that you still have to participate in the parade. So why not embrace it as a chance to capture some attention and have some fun with fashion? Rooney Mara loves simple, modern cuts and I think it would be fun to see her in bright red over her usual white or black. 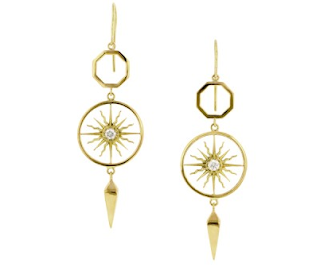 I would take a lead from Naeem Khan's own runway styling and choose gold danglers, like these sunburst earrings from Doyle and Doyle.

If I Were: A Best Actress Nominee, Not Likely to Win 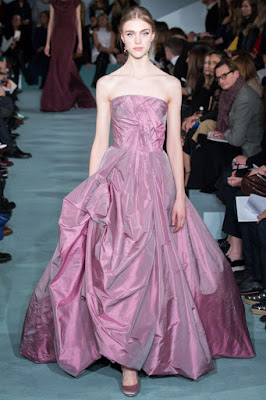 I would LOVE to see this fit-for-Marie Antoinette frosted amethyst Oscar de la Renta on Saiorse Ronan. Her porcelain doll looks would be the perfect complement, and she'd look like a Thomas Gainsborough painting. She's not likely to win, but she's due for a memorable red carpet turn. 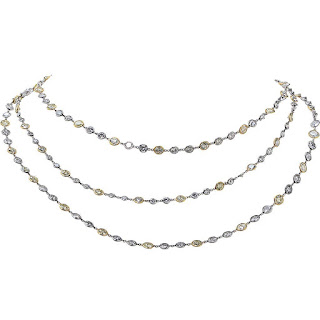 I'd accent the drapes and folds with a simple string of diamonds.

If I Were: A First-Time Nominee, Likely to Win 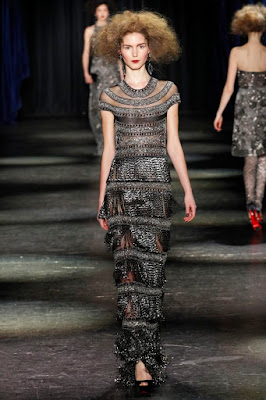 The academy loves a Cinderella story, especially for Supporting Actress nominees, and I think it's likely Alicia Vikander will take the Oscar home for her role in The Danish Girl. She's turned in a full year of great turns, so she's proven it's not a one-time thing. On the red carpet so far, she's been a bit daring and edgy; I'd like to see her channel that into this simultaneously futuristic and 1920's-inspired Naeem Khan fringed gown. 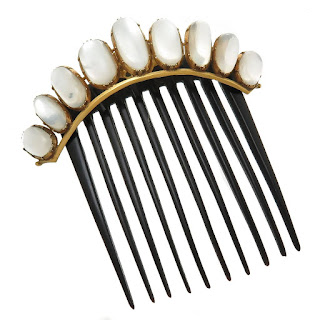 With such a bedazzled gown, little accessory is needed, but I think a loose updo pinned accented with this moonstone comb would be quite lovely.

If I Were: The Likely Best Actress Winner 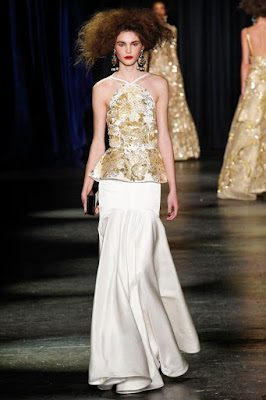 It's all but a certainty that Brie Larson will take home the Oscar for her role in Room. She's shown herself to be a very modern girl, drawn to simple and sexy silhouettes. I was torn between choosing a gown that's in line with what she's already worn and a nice departure that would turn up the glamour.

This option is more in line with what she's already worn, and special enough for the Oscars, but not princess-y. This Naeem Khan (I clearly LOVED his most recent runway show) with gold floral sequins would look lovely on her with a simple updo. 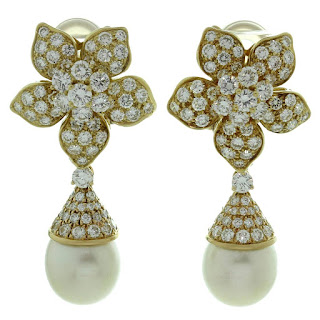 I love gold with pearls, and pearls are certainly underutilized on the red carpet. These Van Cleef and Arpels earrings are unique but still classic. 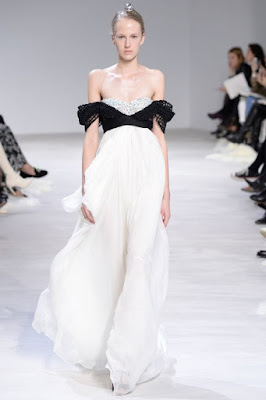 But if I had my druthers, she'd surprise us all by donning a romantic, flowy gown like this Giambattista Valli that seems to float. I think it would be so elegant and timeless, and black-and-white looks have been a favorite choice of many winners, from Julia Roberts to Julianne Moore. 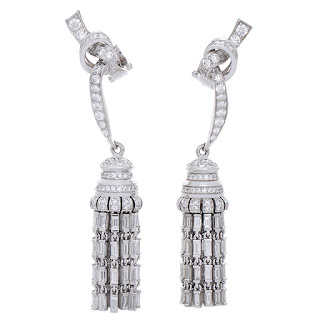 How glamorous to have diamond chandeliers dangling from your ears? These wouldn't take away from the beautiful neckline, but would take the gown to a more glamorous place. 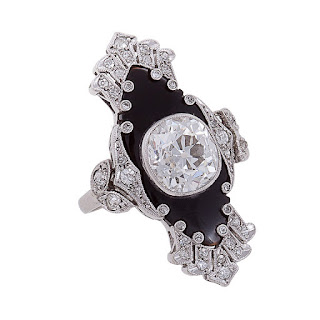 And wouldn't it be so fun to have all those pictures of your hand clutching an Oscar also feature this onyx and diamond ring?

As always, we'll be reviewing the REAL Oscar fashion here tomorrow!
Posted by Amber at 11:29 AM