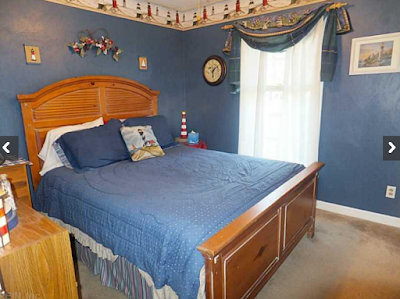 O Captain, my captain, our fearful trip is done. This room has weathered several weeks of scraping, scrubbing and anguish to be transformed from its former lighthouse-themed incarnation. Praise be! It's hard for me to believe I even lived with a room so completely out of my character for a full year, but it only makes the makeover that much sweeter. Travel with me through the past four weeks, will you? 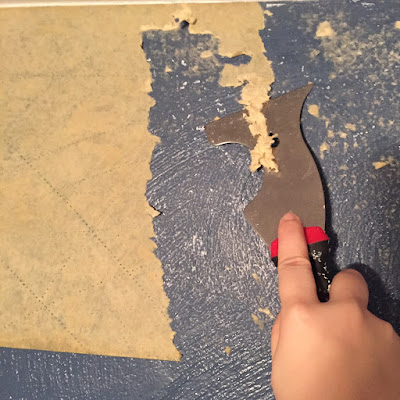 On New Year's Day, I trekked into the guest room, draped the bed with a dropcloth, and armed myself with a scraping knife, a paper tiger, and sprayable wallpaper remover. Some folks wouldn't dream of tackling vinyl border without a steamer, but I like to live on the edge (of reason). 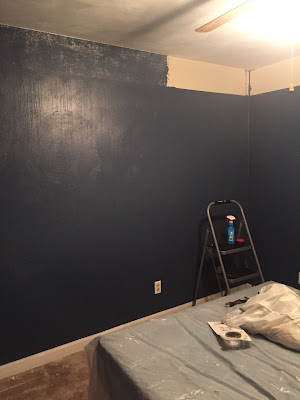 After about four hours, I had something like this. The scraping completely WRECKED the navy paint job, because it was glossy paint on a textured wall and plenty came off with the wallpaper. I didn't mind; the navy wasn't the worst, but I needed something lighter and brighter. 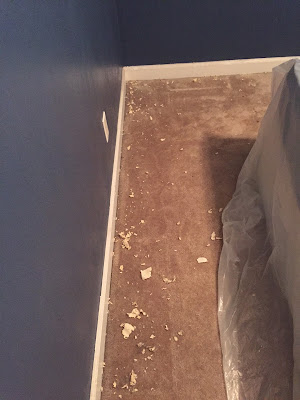 It also spread these tiny bits of backing paper EVERYWHERE. The good news: they were easily vacuumed up. 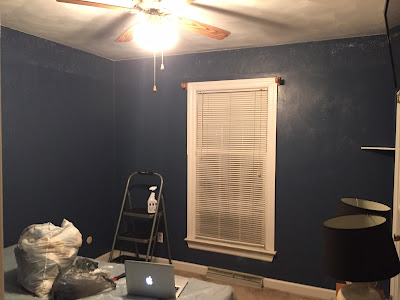 After probably a cumulative 16 hours over 3 weeks, I finally had the room scraped clean! It sounds like true torture in theory, but in actuality, it's not so bad once it's over. Pro Tip: Have FRIENDS episodes on in the background. Joey's "How You Doin?" will somehow get you through. 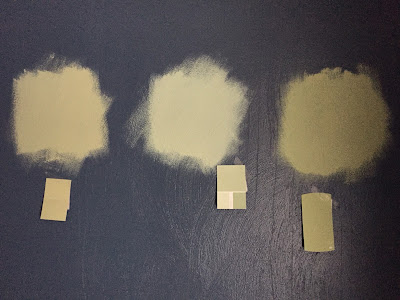 Once the torture of scraping and scrubbing and vacuuming had passed, we wrestled with what shade to go with. We actually loved all three of these, but each one would set a very different tone. Ultimately, what pushed me toward Behr's Lima Green (far right) was the fact the rest of the house is so muted and I felt like I needed to venture out of my neutrals comfort zone. I ended up getting the Behr Marquee, which is the top of the line, in hopes it would mean I needed fewer coats. Ultimately, we needed 1 coat, 2 coats of "cutting in" and some touch-ups, and 1 gallon was the perfect amount. 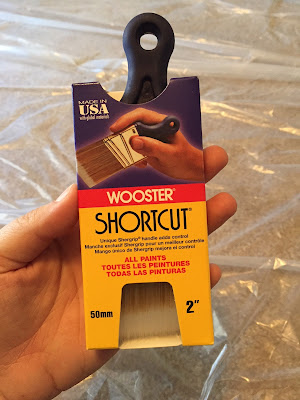 My favorite tool for cutting in: the Wooster Shortcut brush with a flexy, flippy, rubbery handle. I love it, and it's especially great for painting trims. 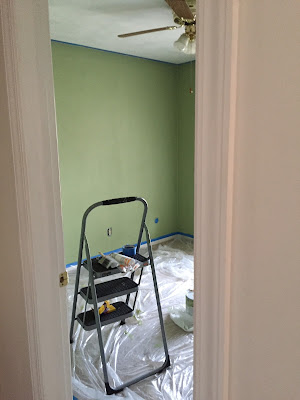 Here's the room after one coat. I love the color in natural light; I'll admit in lamplight it feels warmer than I might have preferred, but it's growing on me. 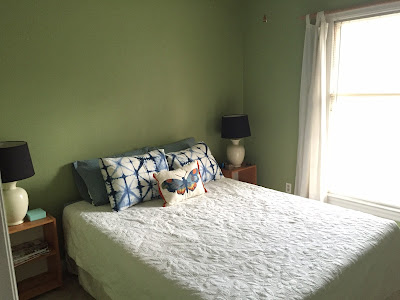 Here's what we have for now: Guest Room 2.0. Much more ahead for this room, including:

What a difference! How fun is it to peek inside that room now? I sometimes nap in our guest room because I enjoy the feel of the room.