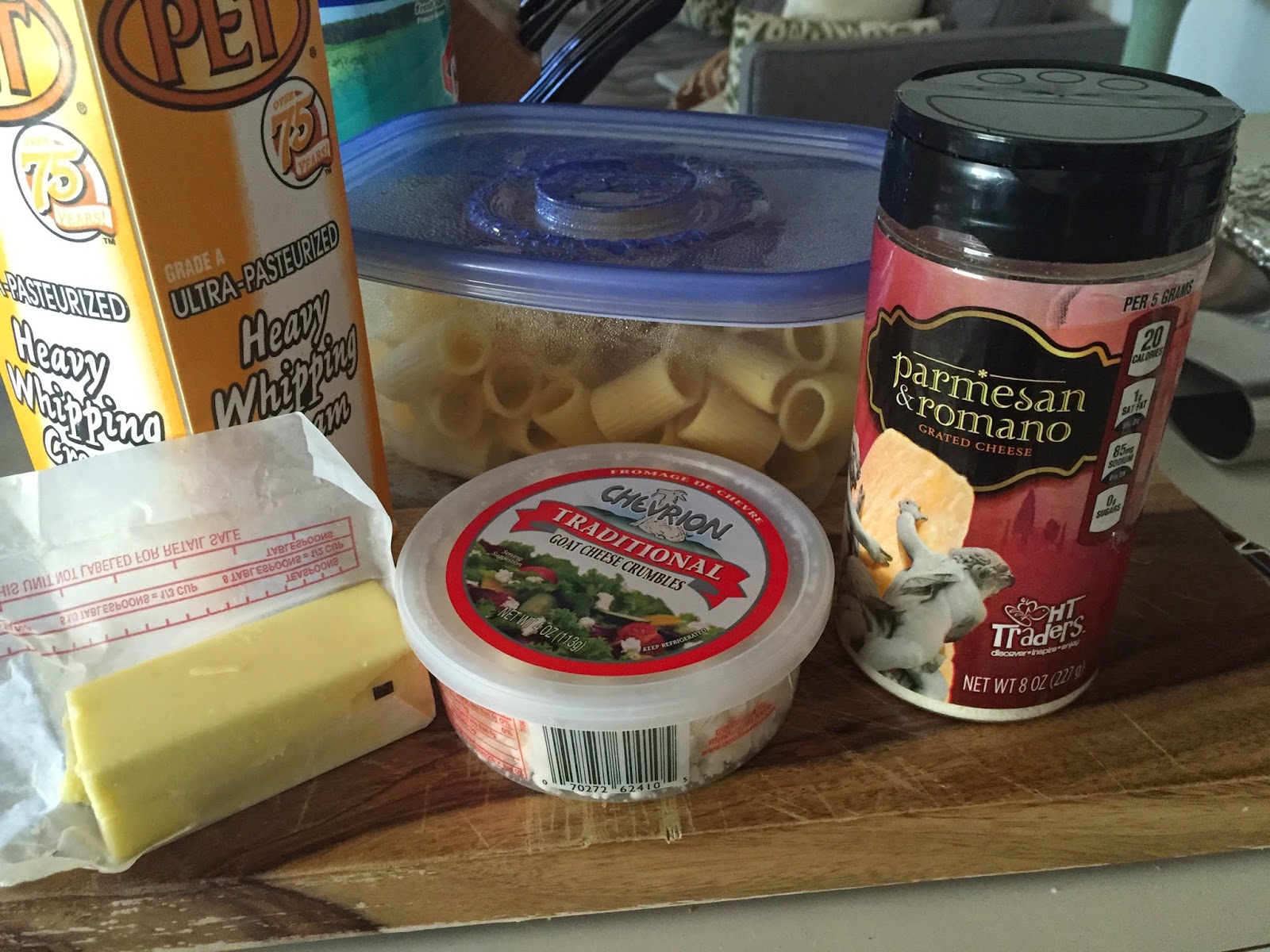 You probably already know this, but in case you haven't tried it, here's a great life truth: you can make alfredo with many more cheeses than just parmesan and it will be delicious. I've made alfredo with gorgonzola, with asiago and of course with parmesan, but this week I decided to try goat cheese and see what happened. What do you think happened? It was delicious! I totally winged it, but if you're interested in trying it yourself, here's what I did:

First, I melted about a tablespoon of butter on medium heat, then added heavy whipping cream. I let it bubble up in the center a few times as it thickened and then added parmesan cheese and a bunch of goat cheese. 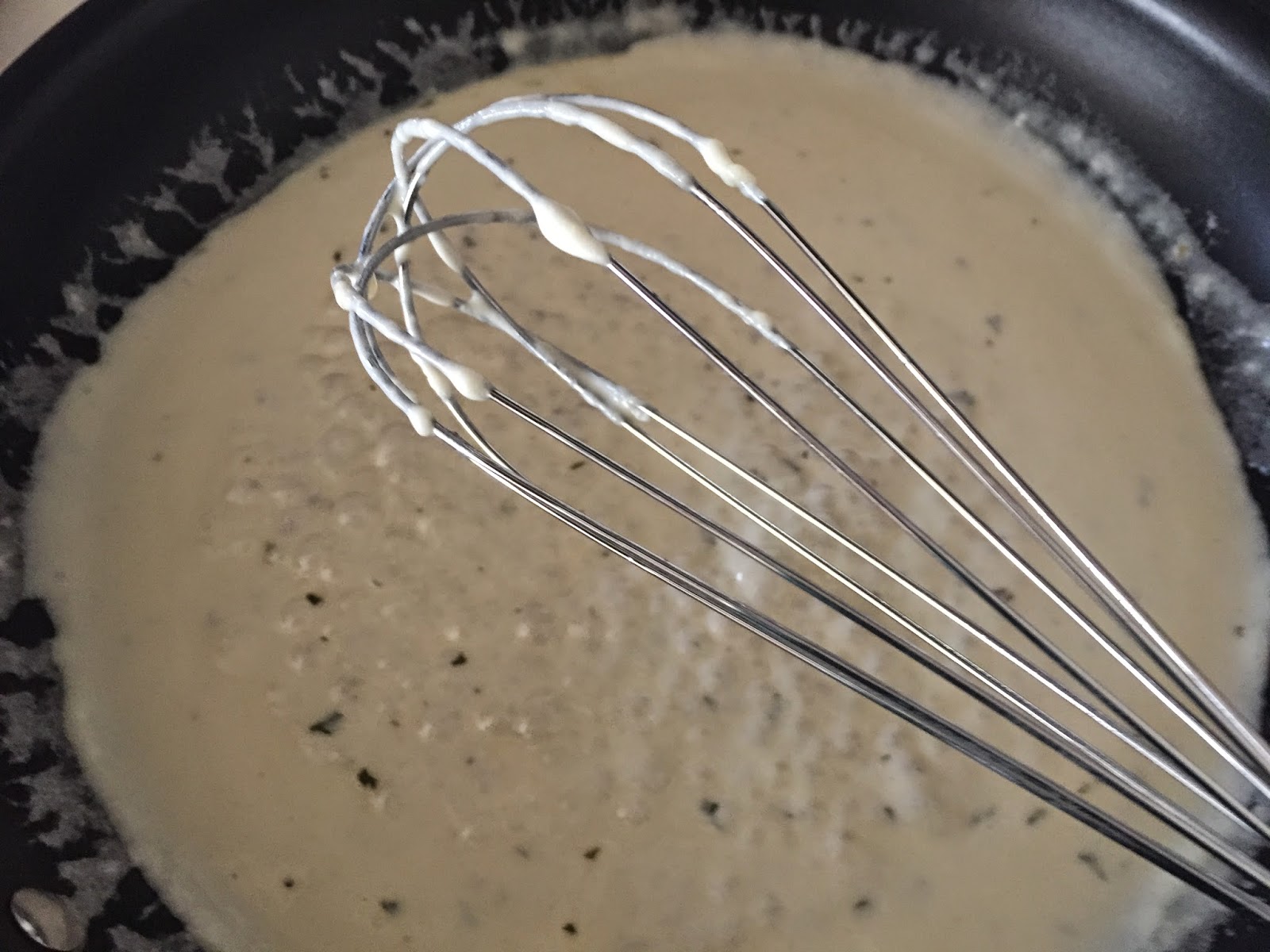 Next, I added some salt, pepper and parsley and whisked until the sauce was smooth, with nary a goat cheese clump to be seen. I let the mixture bubble up and thicken, and added more cheese and cream until I felt like I had the perfect ratio and amount for my leftover rigatoni. 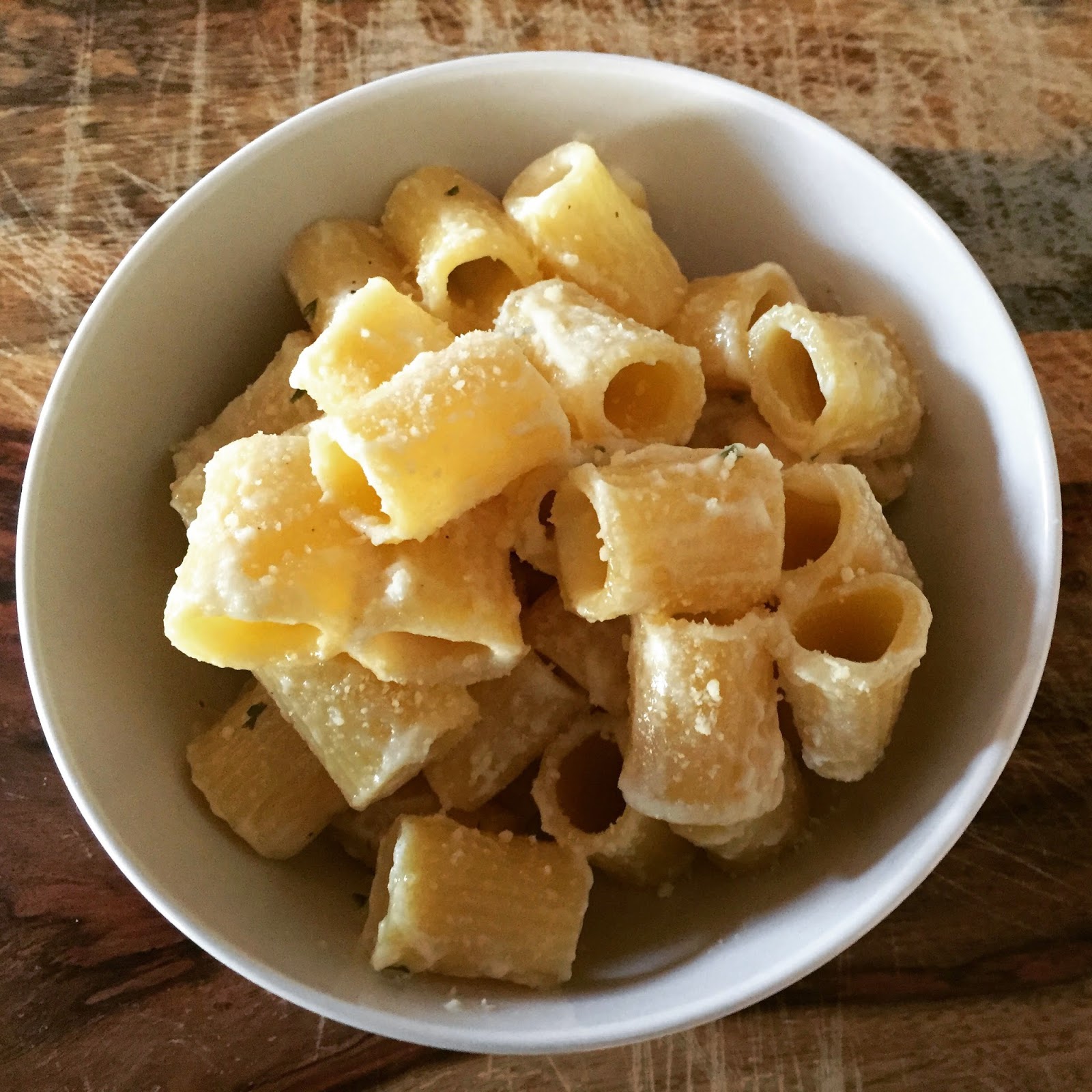 I then added the rigatoni to the sauce and tossed to coat. It was delicious! The goat cheese wasn't overpowering, but the flavor was definitely present. I think it would be extra good with some pancetta and maybe a little spinach? 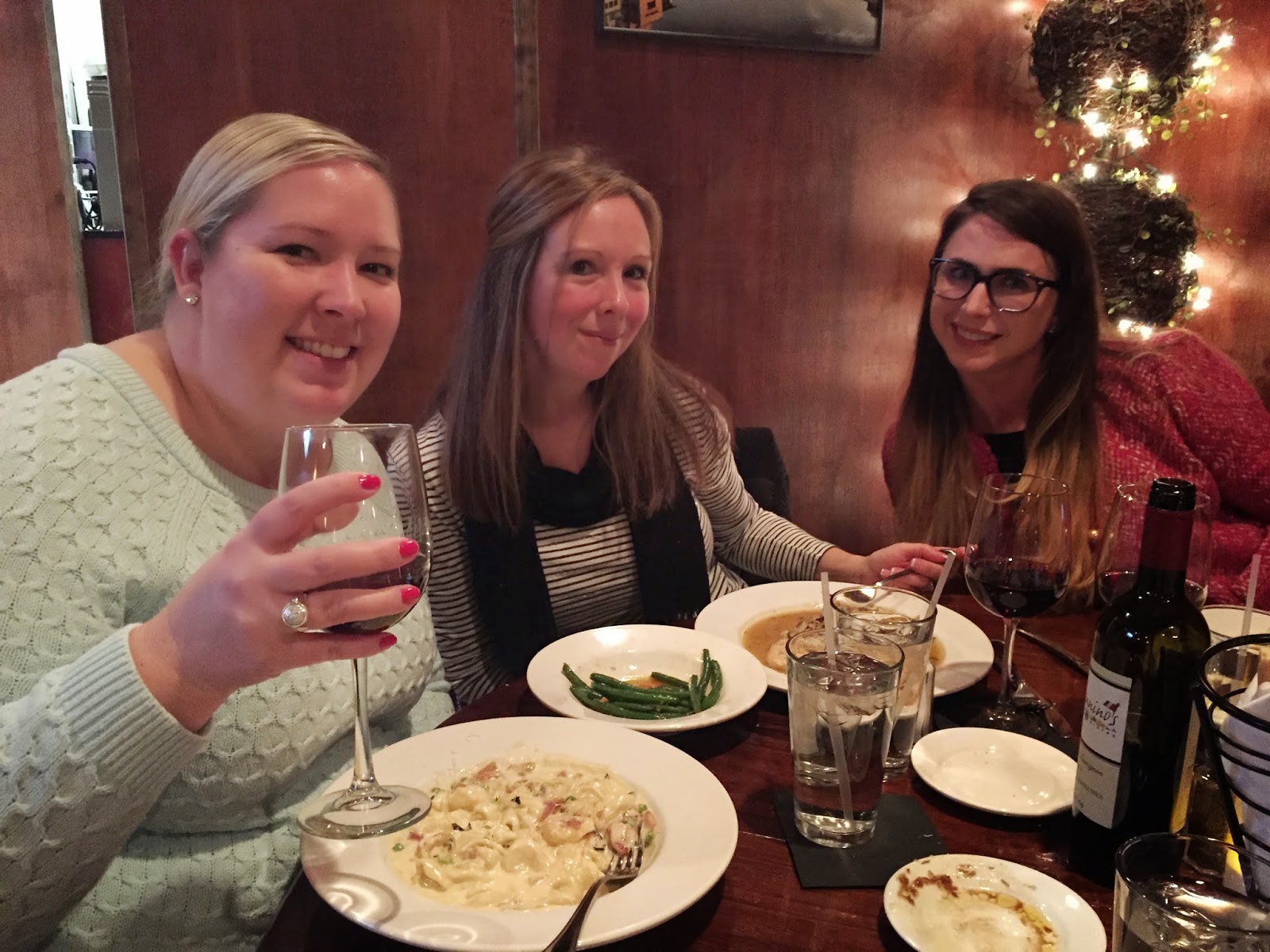 On a semi-related note, Wine Club had a wonderful pastaful outing to Mannino's on Princess Anne in Virginia Beach. They're legendary for their she-crab soup and tortellini. 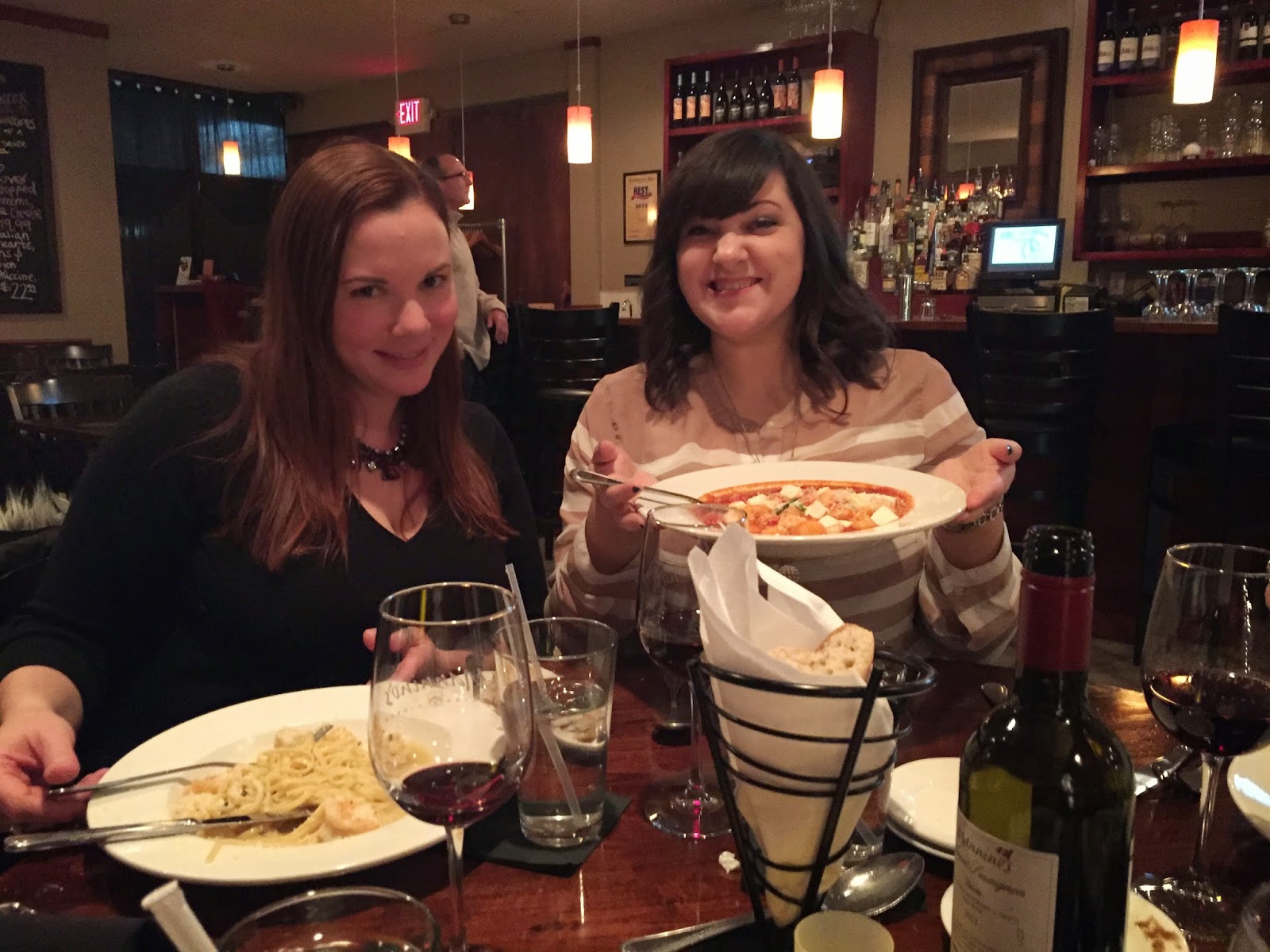