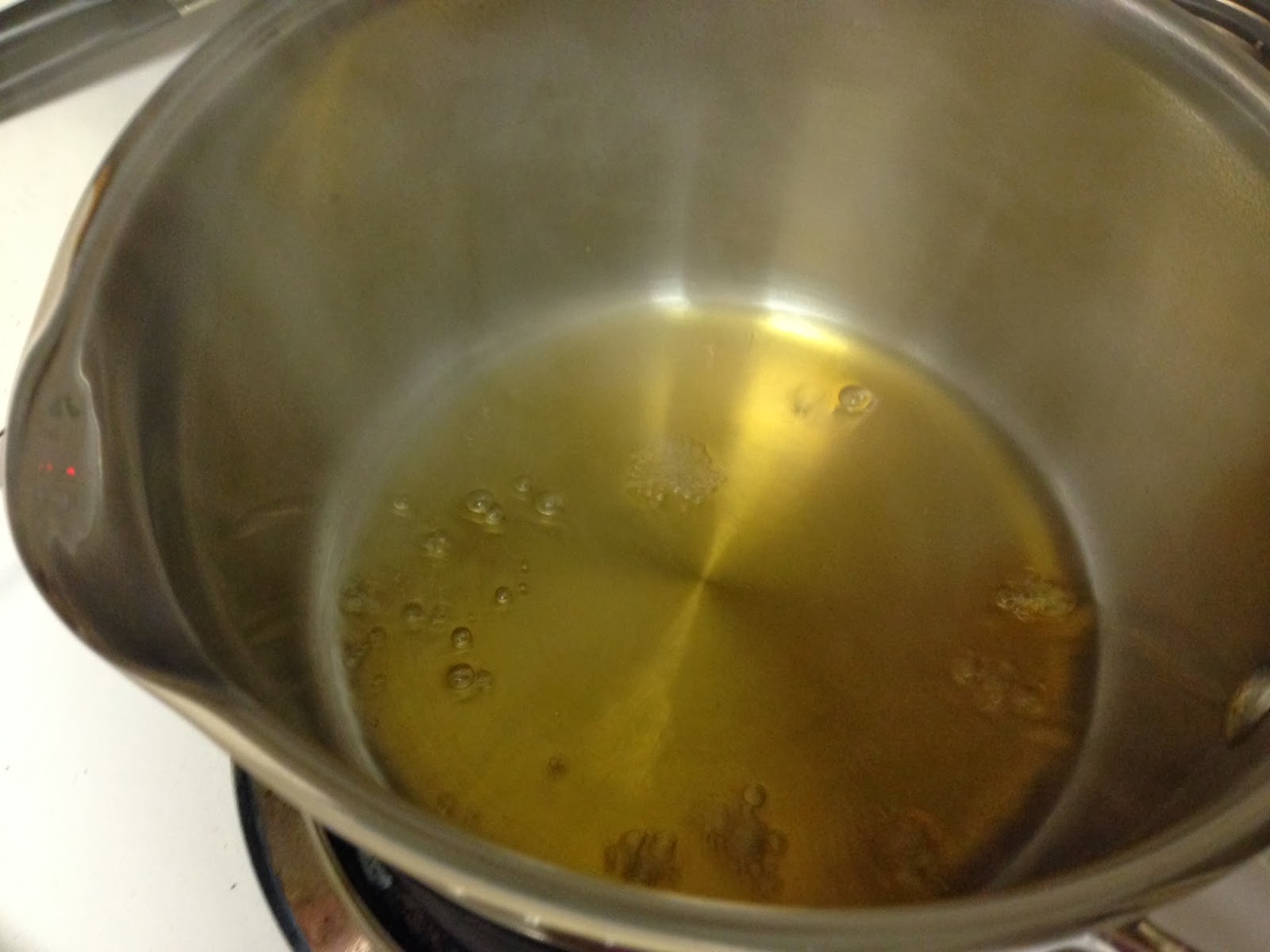 I have to beg your forgiveness! I made this mac and cheese about three weeks ago — eternity in blog years — and it's been languishing as a draft. In preparation for watching the Golden Globes, Ashleigh and I tackled this recipe for Jack Daniels' Mac & Cheese that's been making the Pinterest rounds. It was delicious...but not without its share of bacon disasters!

After preheating the oven to 400 degrees, I started out by boiling 1/2 cup of whiskey until it reduced to about 2 tablespoons. I set up a little assembly line of bacon, the whiskey and a mixture of brown sugar and a little cayenne pepper. I drenched each slice of bacon in the whiskey, then pressed it into the sugar, then added it to a foil-lined pan. 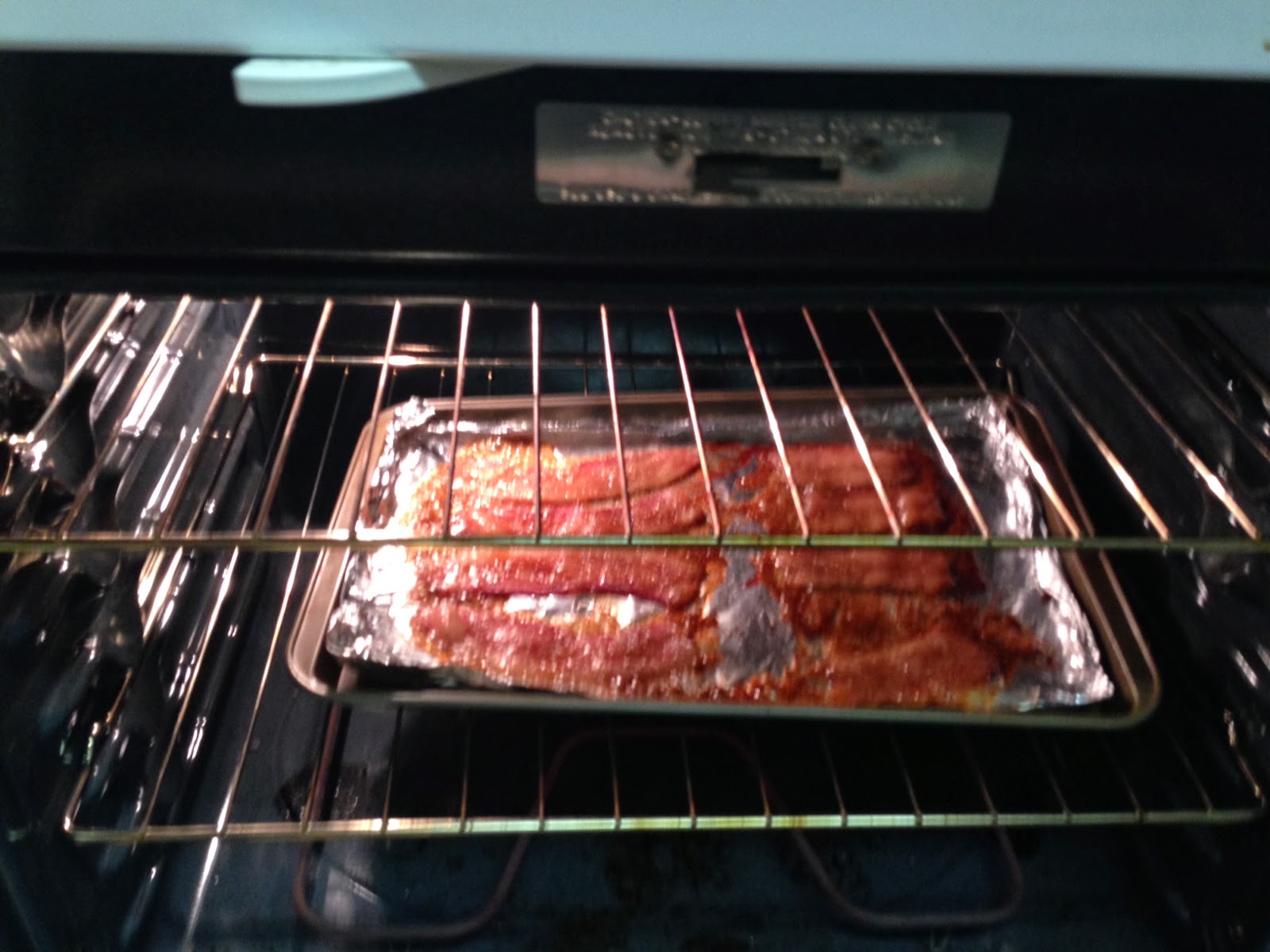 We then popped the bacon in to bake....and after a while, we smelled a little smoke. It took us an unreasonably long time to realize HOLY CRAP that's the bacon we smell. We opened the oven and it truly looked like the moment Cher realizes she forgot she was baking something in "Clueless," with smoke pouring out of the oven and charred black sticky bacon. Whoops! Not a big deal though...luckily we had more bacon, so we just started all over.

Meanwhile, we prepared a box of elbow macaroni and in another pan, mixed 3 tablespoons of butter and flour, 2 cups of milk, a tablespoon of whiskey, cheddar, provolone cheese and spices. It got scary there for a sec (I think I need to get some Wondra next time I want to make a smooth thick cheese sauce) because the flour mixture just wasn't getting smooth enough fast enough, but somehow it all worked out. 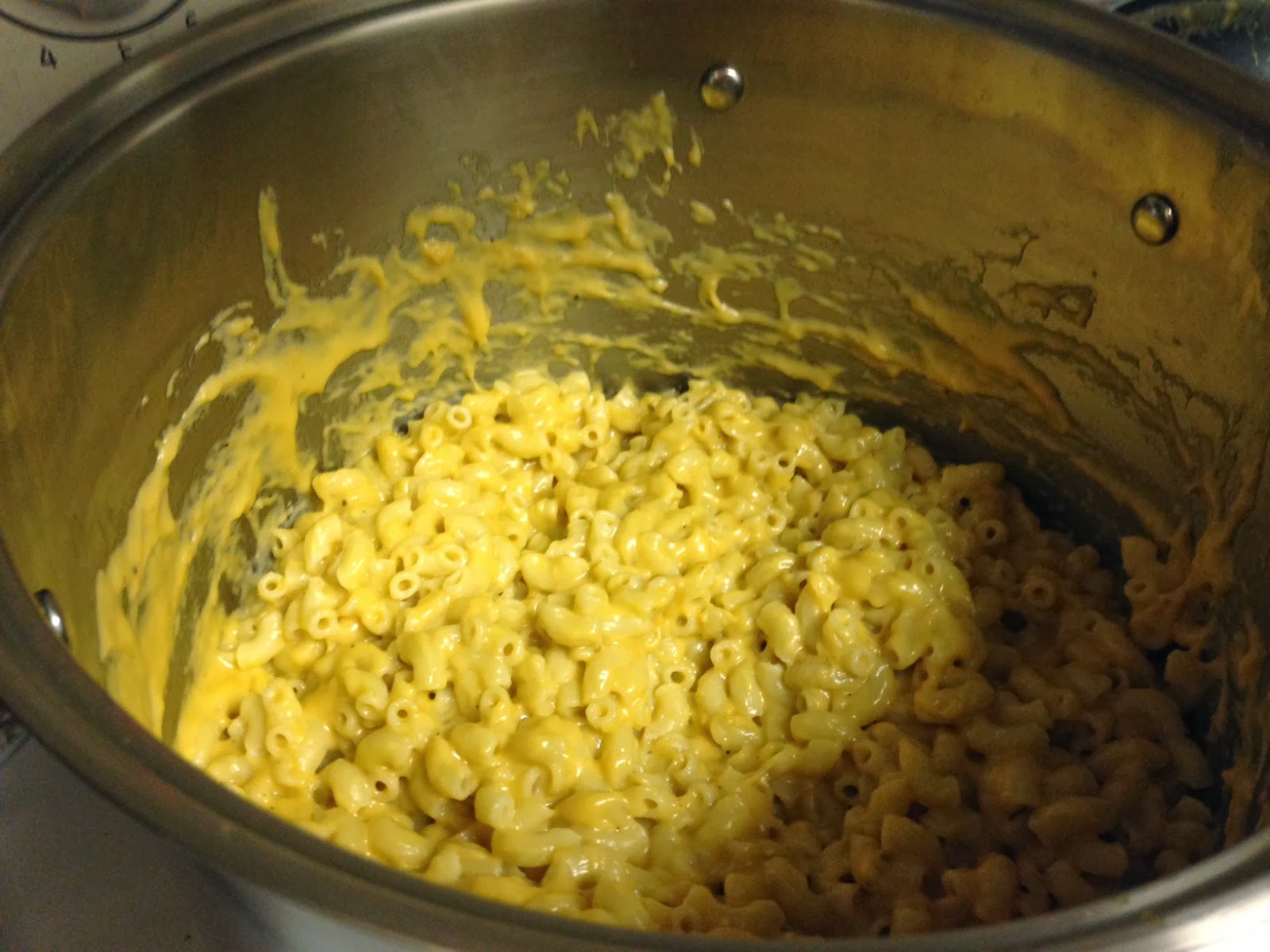 We added the cheese mixture to the macaroni... 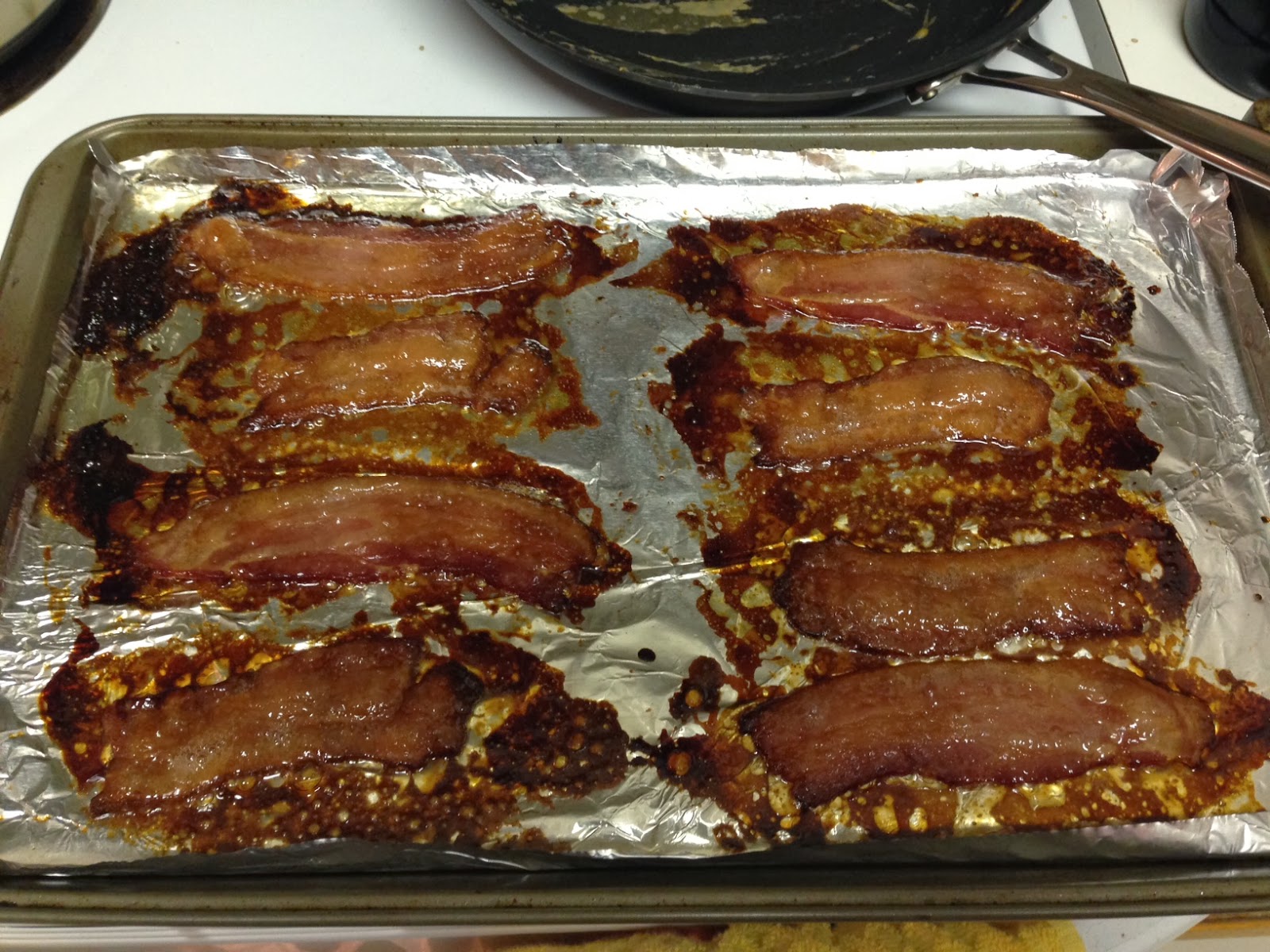 Pulled out our glorious candied bacon... 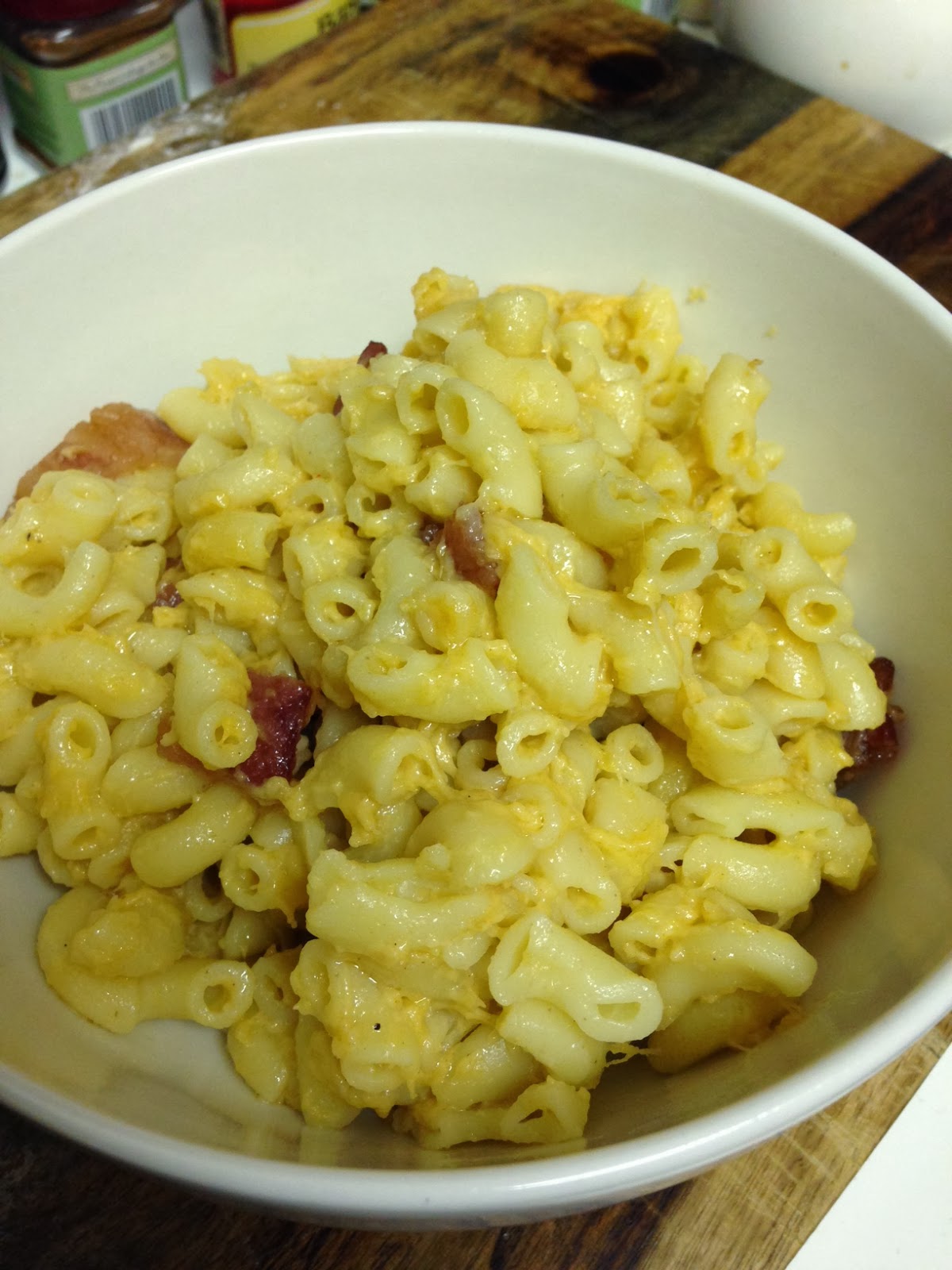 And put it all together. The verdict? I actually though the mac and cheese wasn't quite as good as other versions I've made (I'm partial to my smoked gouda mac), but I'm not sure I can ever have mac without candied bacon again. It's THAT good and adds that much to the dish.
Posted by Amber at 10:00 AM