Netflix Jam: "Top of the Lake" 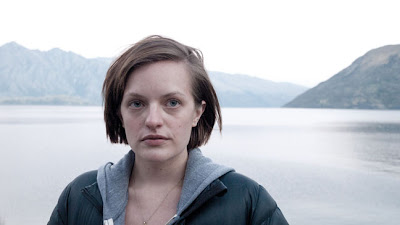 Elisabeth Moss, better known to Mad Men fans as Peggy Olson, starred in this mini-series directed by "The Piano" director Jane Campion in her native New Zealand. It's sorta like "The Killing" meets "The Fugitive" meets "The Girl with the Dragon Tattoo" and it will suck you right in. The scenery is mesmerizing, while the portrait of small-town New Zealand life is chilling and her Kiwi accent is incredible. Two solid thumbs up! 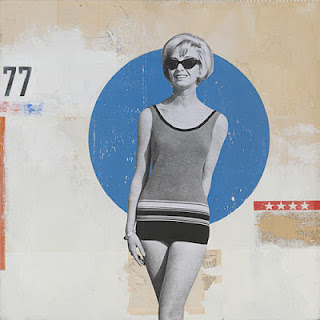 I recently bought some assorted old reference books at a yard sale with the intention of exploring collage, something I've never really tried in a purposeful manner. I find the idea a bit intimidating, but I suppose that's a good reason to try, right? Anyway, I'm looking for inspiration and I really like these collages by Kareem Rizk. 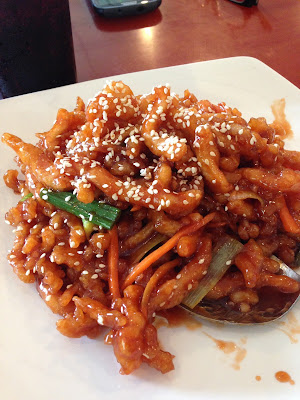 I'm a wee bit obsessed with the Golden Mountain Chicken at Peter Chang in Williamsburg. The chef has an insane cult following that has been profiled by Calvin Trillon, no less, in The New Yorker. He's known for settling in an area and just as soon leaving, so I'm getting it while I can! The orange citrus sauce is so zesty and perfect, and the fried, shredded chicken is delicious. It's just awesome. 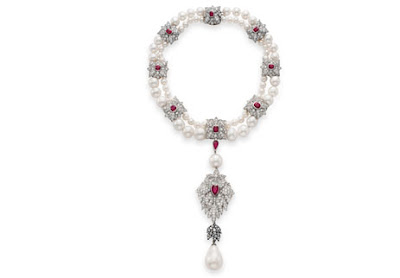 I am STILL (months later) reading a biography of Elizabeth Taylor and Richard Burton and part of what has slowed me down is the constant stopping to Google the amazing jewelry he's buying her in the book. A lot of people viewed her obsession with diamonds and pearls as frivolous, but she saw herself as a curator and a steward. Goshdarnit, that's exactly how it turned out. Check out the collection that sold at auction through Christie's.