My birthday isn't until tomorrow, but over the weekend I threw myself a country-themed birthday party. I grew up in Appalachia and the entire time I lived there, I identified more with my family in New Jersey. I was just a Yankee, through and through.

But somehow by the time I graduated high school, I realized I had come to identify with Appalachia (where my father's family has lived for generations). I had become a country girl, through and through. So to celebrate my roots, I decided to blast country music, serve fried food and don plaid. And for the second year in a row, I had a birthday game night. 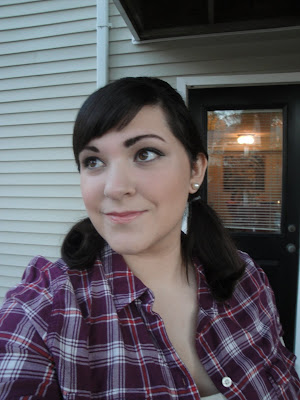 Just a regular Lula May... 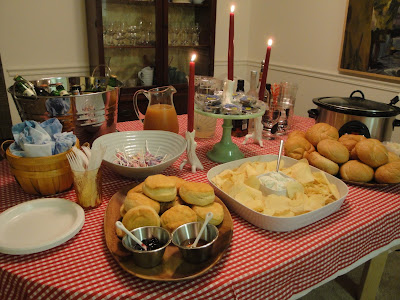 My spread, including the branch ceramic candlesticks we bought in Asheville. 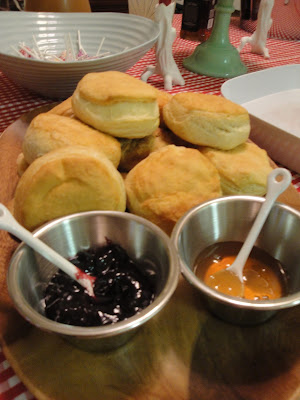 We had biscuits (both homemade and the much more successful Pillsbury variety), with blackberry preserves and tupelo honey. 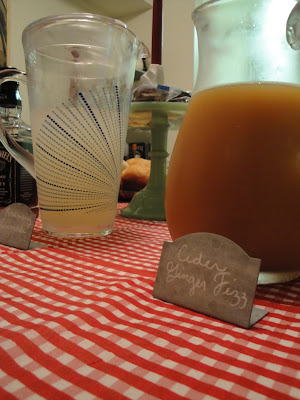 And for drinks, I had a selection of vintage sodas like Nehi and RC, and two punches: Cider Ginger Fizz (cider + ginger ale) and Rosemary Lemonade. I made an easy rosemary simple syrup using this recipe.

I set out some liquors to make the drinks "hard": bourbon and jack, to spice up the cider fizz and peach schnapps and Firefly vodka for the lemonade. 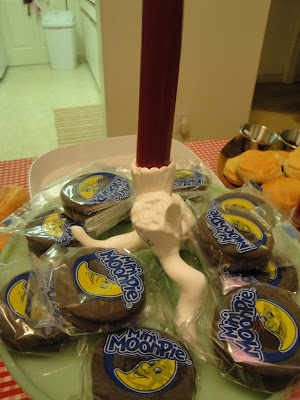 No Appalachian birthday would be complete without Moon Pies! Back in the day, coal miners used to take a moon pie and an RC cola with them as a "workman's lunch." 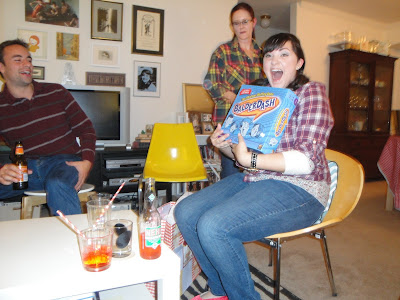 My friend Erica has started a tradition of giving me a gift to play, so this year she bought me "Balderdash," which is my new favorite board game. If you've never played, it's hilarious and fun. 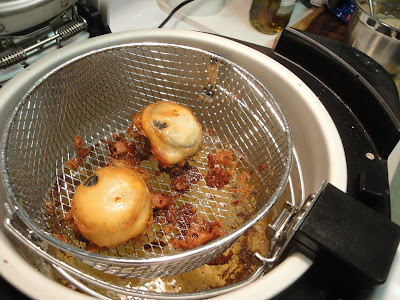 And instead of birthday cake, my friend Ashleigh brought her deep fryer and made me fried Oreos! They are so bad for you, but even one is worth it. We froze the Oreos for a couple hours first, and then dipped them in Bisquick batter and fried until golden. I sprinkled confectioner's sugar to serve and they were DELICIOUS.

It was a wonderful birthday party, and I feel so lucky to have such good friends. Maybe next year I can have a Jersey-themed birthday?

Happy belated birthday, Amber! I had friends over to celebrate mine last night. We watched "Mr. Vampire," an incredible 1985 Chinese zombie movie. It was like a hilarious combination of "The King and I," "Tron" and "Night of the Living Dead." Then my friend, who's actually preparing for the zombie apocalypse, let me use her machete to hack apart a bizarre-looking Yugoslavian finger squash. (Have you ever tried to cook one of those?)

For the record, my birthday is on Thanksgiving Day this year, so I will actually be celebrating my birthday IN NEW JERSEY with the fam. To celebrate? We always go into NYC to rent a karaoke room in Koreatown.