Sometimes my cooking career feels like an episode of "I Love Lucy." On Saturday, while I was preparing for my birthday party, I decided to take on Tupelo Honey Cafe's Ginormous Biscuits, which were the best I've ever had when we ate there in October.

What I ended up with were what my friend Travis dubbed "Thinscuits." Remember that for when I need to trademark it. 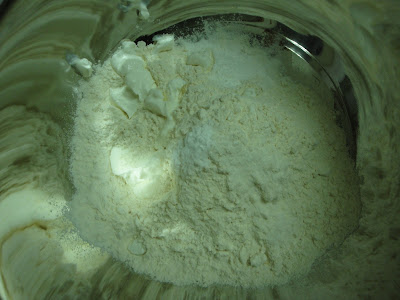 Failures like these are especially frustrating when you follow every step carefully. I started out by combining bread flour, baking powder, baking soda, sour cream and salt. 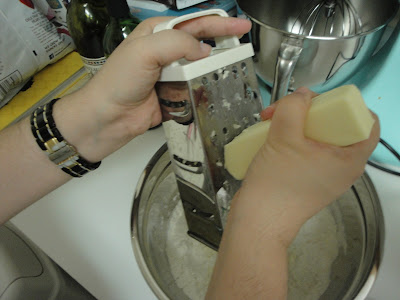 What followed was one of the most strenuous activities I've encountered in cooking. The recipe called for grating frozen sticks of butter (about 1 1/2 to be precise). It was HARD. It demanded a lot of arm strength and patience I just don't come by easily. But I managed to survive it. 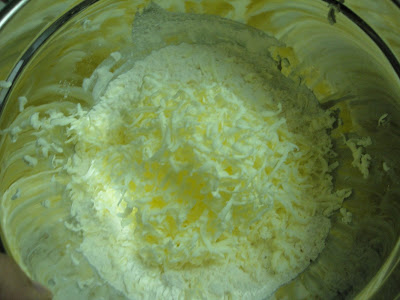 And it looked like this. The recipe then says to quickly cut the butter into the flour mixture using a pastry cutter, just until combined. It said not to overmix, but the line between "just until combined" and "overmixed" is perilously thin. 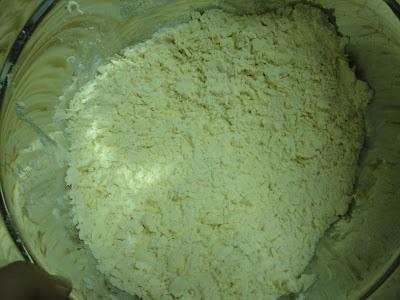 Once I had made what looked like a cornmeal, I added buttermilk and stirred until it was mixed. I dumped the dough out on a floured surface and rolled it out. 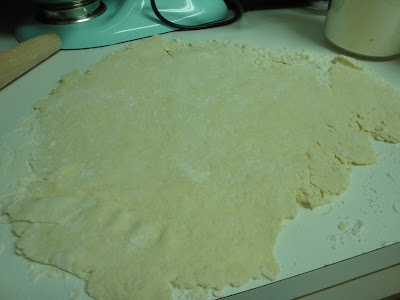 And, um...it wasn't that easy. It also was pretty thin. I used a three-inch biscuit cutter to get several biscuits and put them in the oven, preheated to 450. 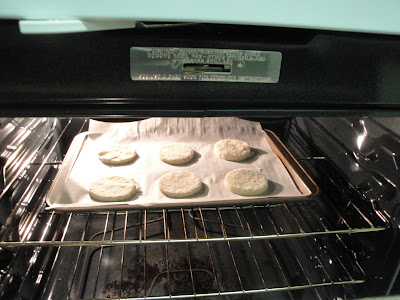 They looked pretty flat, but I thought the ginormous magic still had a chance... 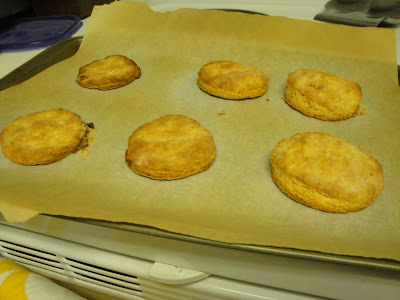 It didn't. My first batch of biscuits were literally as hard as hockey pucks. My second batch was better, but still flat as crackers.

I was pretty heartbroken, and I posted about it on Facebook and received a lot of commiseration. One person pointed out my baking soda and baking powder might need to be replaced, while Sean mentioned bread flour has too much gluten. He kindly ran out and bought some Pillsbury Grands biscuits, which I quickly popped in the oven, and I put them on top of my sad little biscuits on a tray.

To my surprise, our guests ate every single one of my sad biscuits! Travis said they taste great, just flat. He declared them Thinscuits, and I hope you all remember this story when you find them on a grocery shelf near you!

Any suggestions on the secrets to ginormous biscuit-making? I could use them!
Posted by Amber at 11:30 AM

SOMETIMES I honestly think restaurants put up recipes for things and add ridiculously unrealistic steps just so they can sit back and giggle. I've made many a biscuit, and had some crazy instructions, but grating frozen butter? That's just cruel.

You should try making Alton Brown's southern biscuits - they are OhSoTasty, fabulously fluffy, and use a mixture of butter and shortening - neither requiring grating, woohoo!

I have to say I have never seen a recipe for biscuits that called for bread flour. That doesn't even SOUND right. If you want fluffy, why would you use a product that by design makes your baked goods chewy? And grating your butter means it's already going to be itty pieces, instead of using the flour to soak up the outside of the butter and leave you with the grainy combined texture of cornmeal.

I used Mark Bittman's recipe last weekend and they were delicious and easy. He says you can cut your cold butter in with a food processor, which I did, and it was easy and quick.

It does look like you came up with a pretty delicious cracker-y treat. Thanks for documenting it and giving us some "food" for thought!

the idea of a thin, crispy biscuit sounds amazing, actually. perfect for dipping in gravy or jam.

...and they're more portable than your average biscuit. Great for picnics.