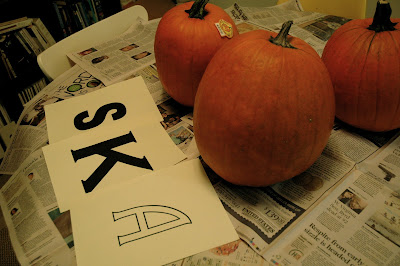 I feel like I've been running to catch up with fall. It's my very favorite season, which is part of why I wanted to get married during autumn, but as a result I feel like I've half-missed it because of wedding distractions.
This weekend I resolved to catch up. We went to Howl-O-Scream on Friday night, made chili on Saturday night and on Sunday, I put my foot down and told Sean the time had come to carve pumpkins.
As with all things on this blog, we were total novices at pumpkin-carving. When I was growing up, my dad would let me design the face and he would carve it for me. In college and living on my own, I never had a porch so I didn't bother carving pumpkins. And last year, we just ran out of time.
Sean says his family was spotty about carving pumpkins, so he had never really done it either. Thus began our carving adventure. I thought we'd keep it simple and classy this year, so we agreed to carve our new monogram: sKa. (I'm sure all our neighbors think we're huge ska fans.) 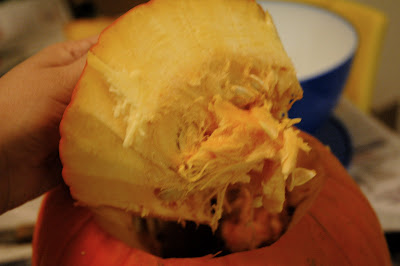 In case you are new to this as well, here's how it works. You hastily choose a knife, and carve a lid out of the top of the pumpkin. Sean carved a very tiny lid, which was kind of hilarious. 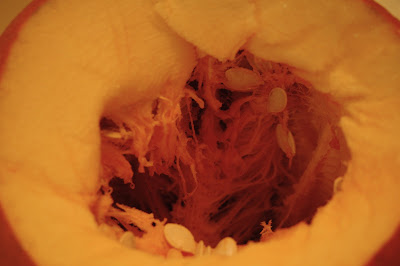 Then you scrape out the innards with an ice cream scoop. Reserve the seeds for roasting later! 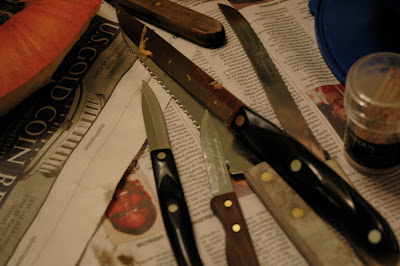 We had no clue what we were doing, so we tried about every knife in the kitchen before Miranda and Travis dropped by, saw us about to cut off our thumbs, and instructed us to use serrated knives. 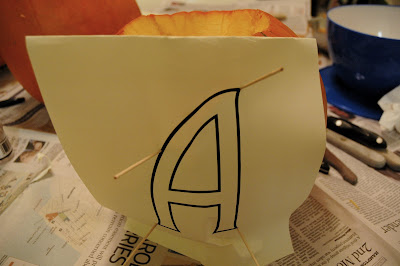 I pinned my "A" (in Desmerelda font...the only time in my life I'd ever use that font) with toothpicks and carved along the lines with a knifepoint to make indentations as guides. 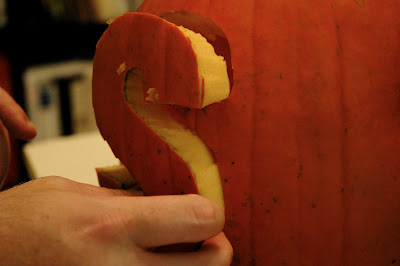 Sean was moving briskly along, and popped his "S" out easily. It looked so cool; I kinda wanted to keep that part. 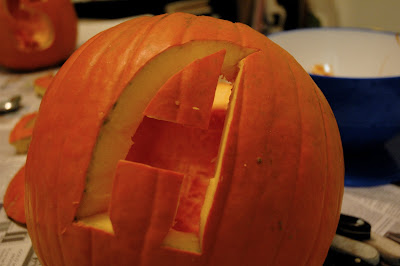 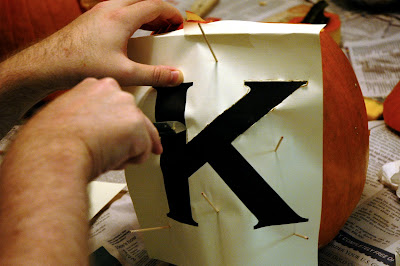 Sean proved a much better carver than I, so he knocked out our "K" while I separated seeds from pulp. 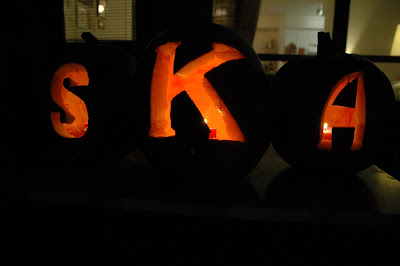 And we took them outside to admire! I love them, although I wish I'd done my A in Helvetica for symmetry's sake. I'm sure everyone in the neighborhood thinks we are totally wack, though. Whatevs!
Posted by Amber at 12:32 PM

Email ThisBlogThis!Share to TwitterShare to FacebookShare to Pinterest
Labels: crafting, holiday, our home

we have monogrammed towels in our bathroom that say "jab". of course, that's much better than "baj" (which sounds like vag) or BJ.