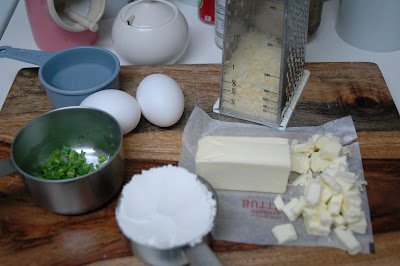 So, this is the secret to looking impressive while making really simple things: good ingredients. Seriously.
For our wine and cheese party, I chose gruyere as my cheese. Gruyere is a hard, yellow Swiss cheese often used for fondue. Fondue was my original choice until I envisioned a pot of fondue spilled in my car while I drive through tunnels to get to Ashleigh's house. At that point, I hit the Google machine for other gruyere ideas and came upon David Lebovitz's recipe for gougeres.
Like any good French cook, I got my ingredients mis en place, or "everything in place." Water, butter, flour, grated gruyere and chives. 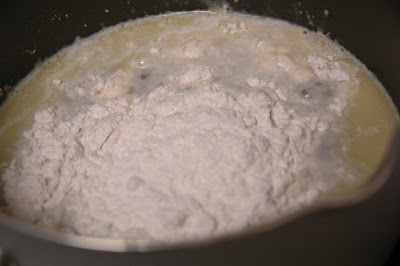 I melted the butter with the water, salt and pepper and stirred until mixed, then dumped in the entire 1/2 cup of flour. 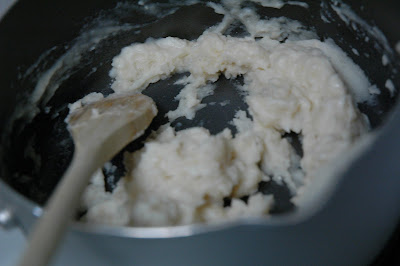 I stirred the mixture until it formed a paste. I will say right now that I don't think I stirred it enough, as you will see. 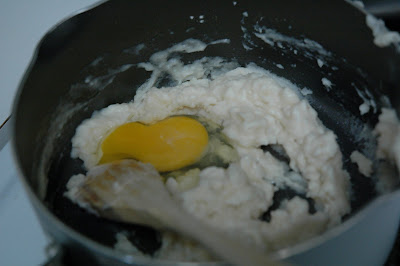 I removed the mixture from heat and added one egg and a time, stirring vigorously to mix well. 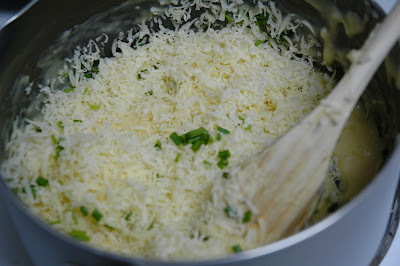 Then added the cheese and chives. 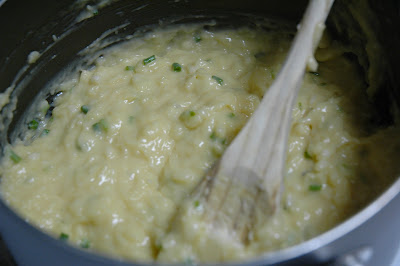 And continued to mix until I was confident it was relatively well-mixed. 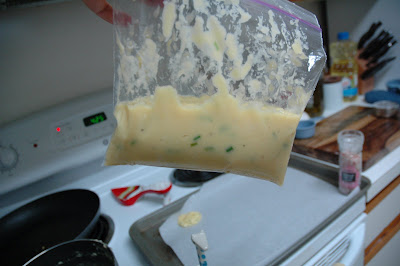 I believe the key to gougeres is a pastry bag to properly dispense the dough. Having none, I dumped it in a plastic bag and trimmed the end of a corner. Voila! 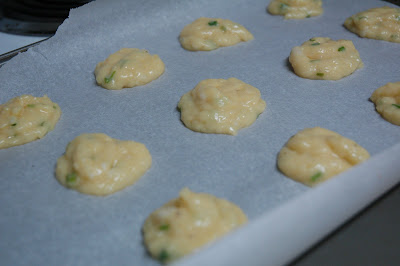 But I think I still wasn't quite getting the concept. I can say this in hindsight, having seen the finished product. The directions I read called for ping-pong size balls, but I can say now that those are clearly not ping-pong ball size. Also, I will note for you what no one noted for me: You cannot roll this in your hands. That would be very silly.
Bake them at 425 for 10 minutes, then turn the oven down to 375 and bake for an additional 20 to 25 minutes until the gougeres are golden brown. 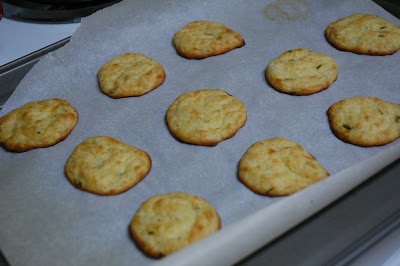 So. This is what mine looked like. Real quick, go click on the link and look at David's, then come back to mine. I'll wait.
Okay, so you looked? Right. I made not gougeres, but something like a gougere biscuit cookie cracker thing. SIGH. Defeated by the French again. 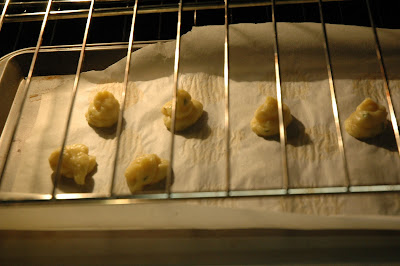 So for my second batch, I tried piling my dough a little higher. 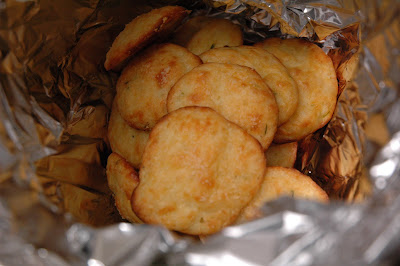 And ended up with more biscuity thingies.
Obviously, this merits another attempt, because I'm now determined to master French pastries. But I will tell you this much: don't let my failure to puff scare you off. These taste AMAZING, puffed or not, and my wine club gals were all over them. Also, bring these as an appetizer to your next get-together and you will be mobbed with questions about how you did it. Just be sure to practice your pronunciation.
Posted by Amber at 2:45 PM

I use chlotilde dusoulier's recipe, used to bring them to old wine club in staunton. they were always an easy win.

okay, i'm going to try that one next time. the failure to rise was thoroughly disappointing!

I have to comment because I tried this very recipe and failed miserably also. While reading "My Life In France" over the summer, it clicked: all these recipes use different (read: higher end) brands of products, thus produce different results. Solution: move to France! :) Good luck!