Just Call Me the Goldilocks of Couches

When Sean and I moved in together in 2009, we invited some friends to help us schlep our inherited couch to our second-floor apartment. This couch is a sleeper and I was honestly relieved no one died trying to move it. That night, Sean declared, "I will NEVER move that couch again." And he wasn't kidding, one bit.

So as we prepared to move into our new house, I tried to convince him it might not be the best time to take on the expense of a new couch, but to no avail. Not that I needed a lot of convincing...I was PSYCHED. After a lot of internet window shopping, I identified these prospects:

The West Elm Peggy, the West Elm Henry, Room & Board Loring, Room & Board Jasper, and the Room & Board Easton. In general, I wanted a neutral color, thin and elegant arms, and possibly pretty tapered legs. I love the look of a two-cushion sofa (obviously), but from a practical standpoint, it means the couch could be hellish when three people are sitting on it, one trapped forever in the crack. 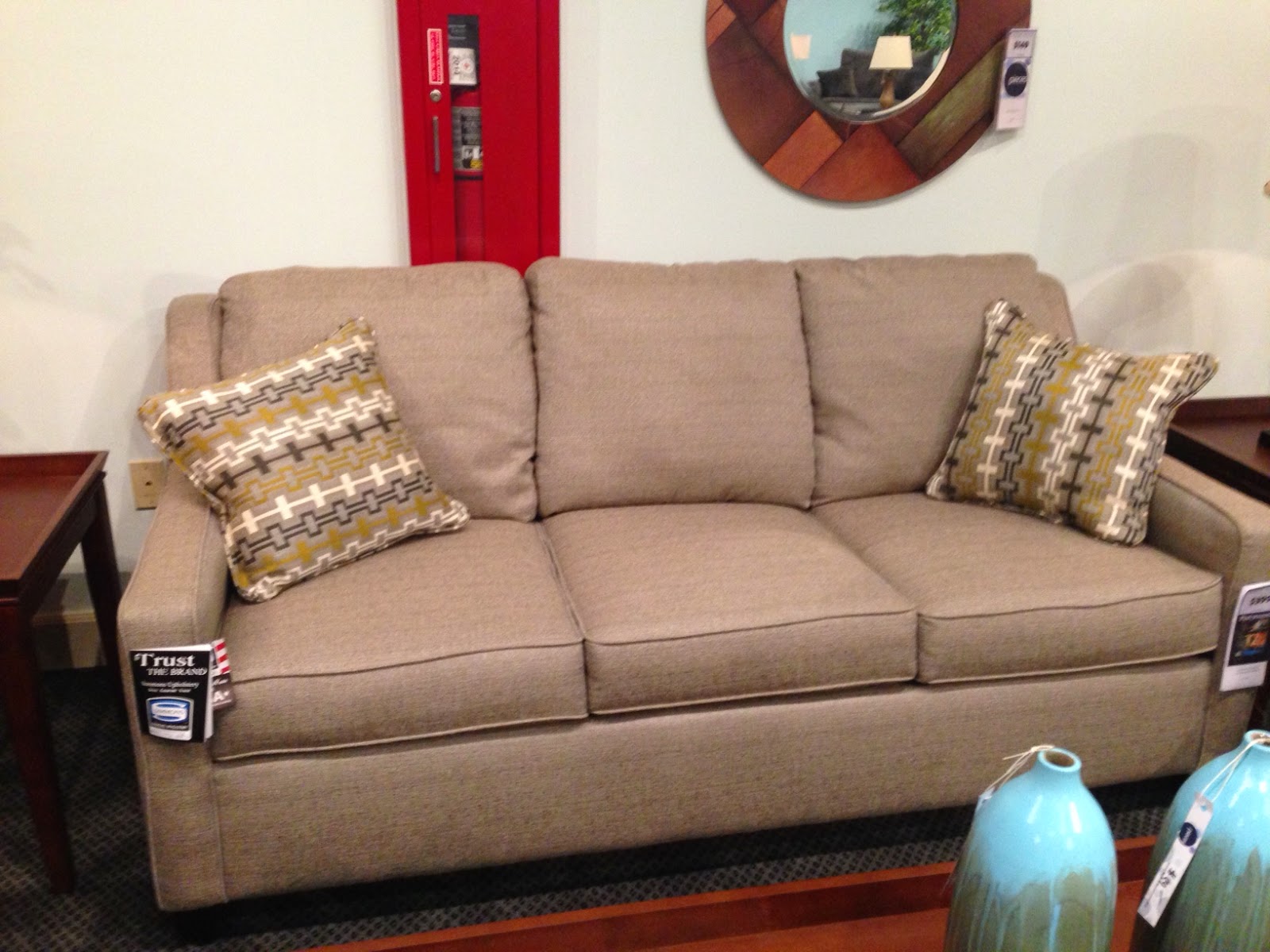 But before I decided to look at West Elm or Room & Board, we went to almost every furniture store in Newport News to see what was out there. There was this $399 sofa from Grand...I didn't like the way the back cushions looked lumpy and frankly, that price made me dubious. 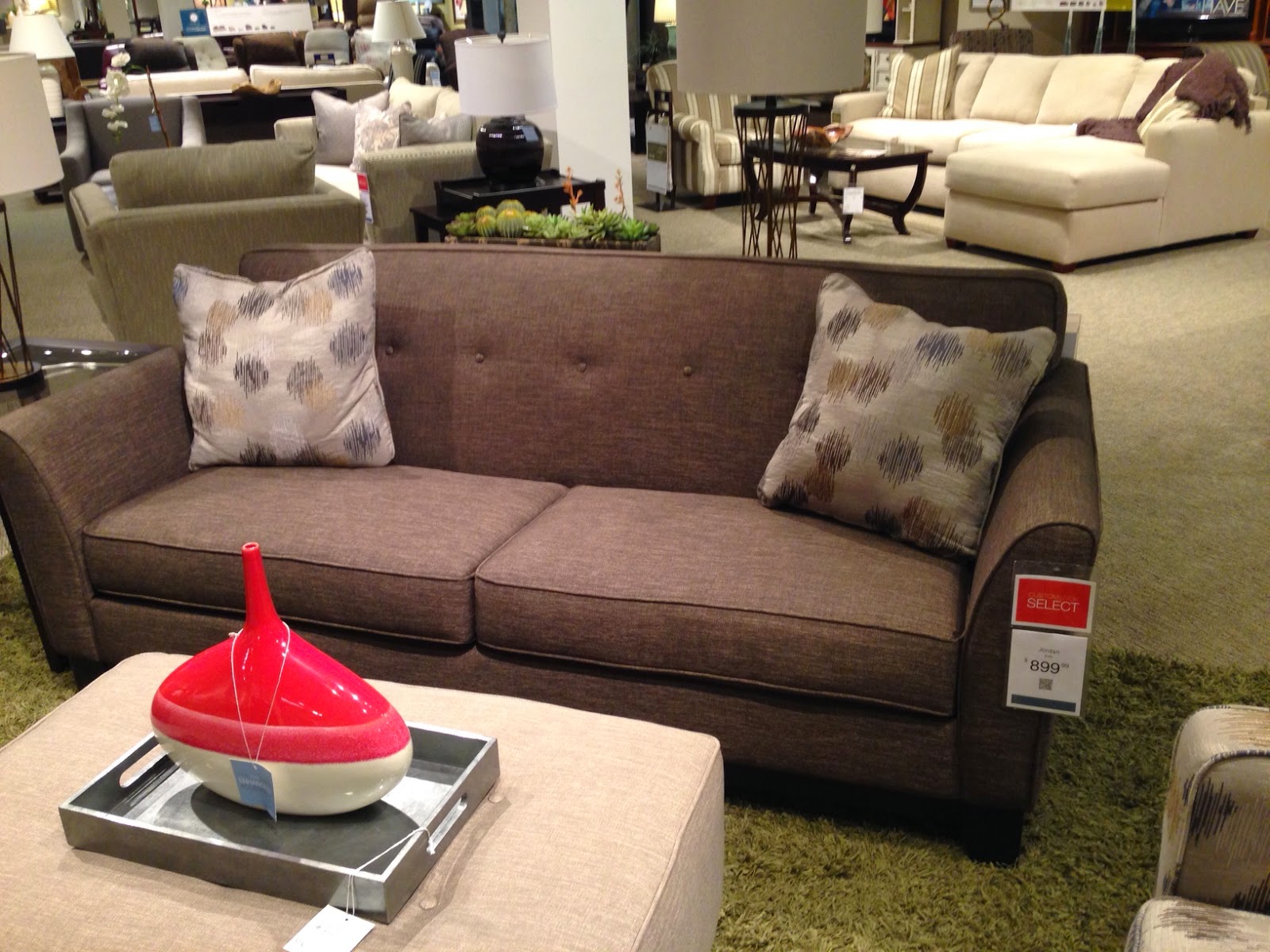 And then there was this little guy...it was okay but it wasn't lighting my heart on fire. 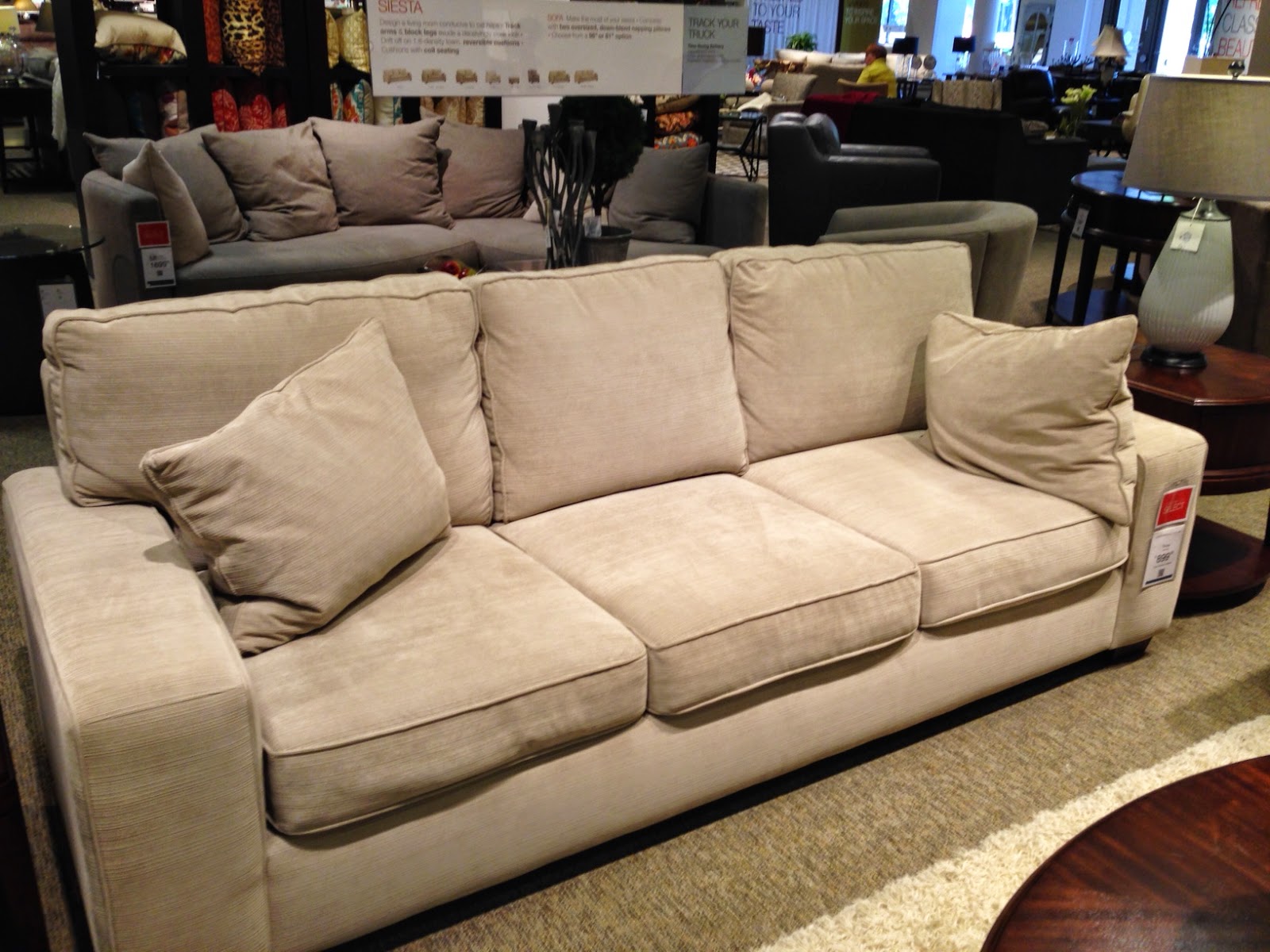 Sean liked this couch from Haverty's, but I thought the arms were offensively wide and huge. I mean, they're like TV trays for this sofa, right? 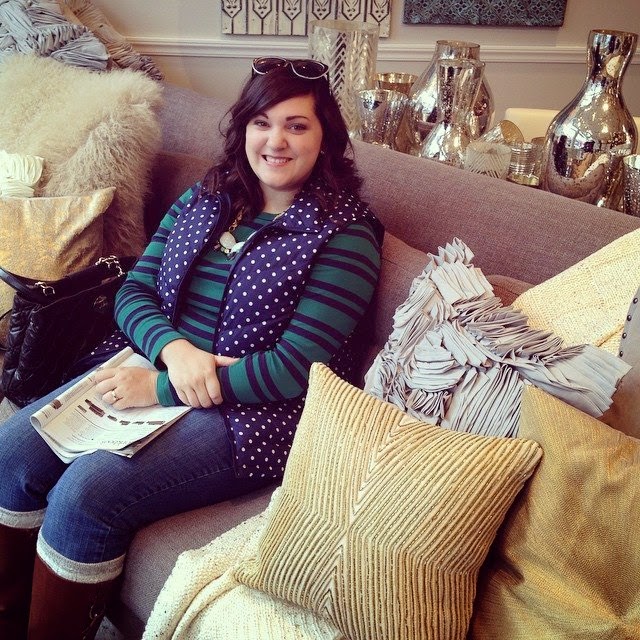 So that sent me to the Georgetown West Elm, where I could check out some of those sofas in real life. Sean really liked the look of the boxy Henry and although it wasn't my favorite option, I figured it would work. But then I sat down and it was the worst! It's the company's most popular sofa, so I'm sure it was just me, but I like to curl up when I sit on a sofa and it was far too shallow to curl up comfortably.

But then I sat down on the Peggy, which I really hadn't even considered and it was like, *cue Mariah Carey* "Dreamlover, come rescue me!" The seat is perfectly wide for me to curl up, I love the low back and if you remove the back cushions, you legit almost have a twin bed. 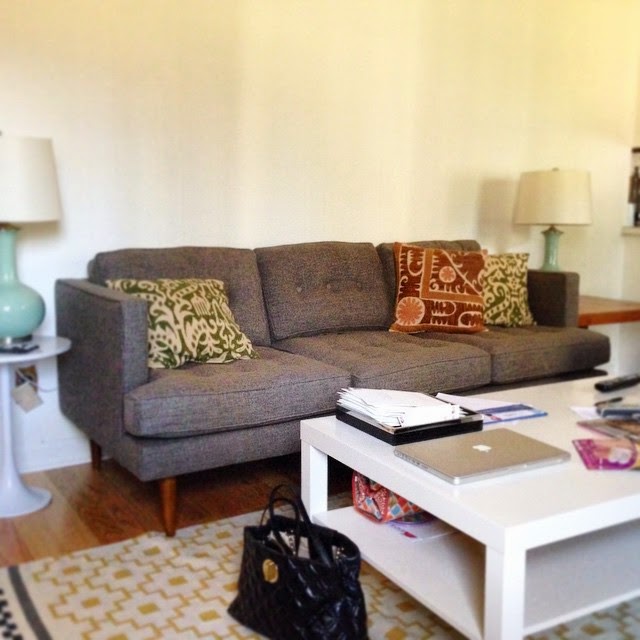 The couch was delivered last week and it's true love. It's definitely not the kind of couch you sink into, but it's totally comfy for someone who curls up like I do.
Posted by Amber at 9:00 AM

Email ThisBlogThis!Share to TwitterShare to FacebookShare to Pinterest
Labels: decor, grown up stuff, our home