That Rug Really Tied the Room Together 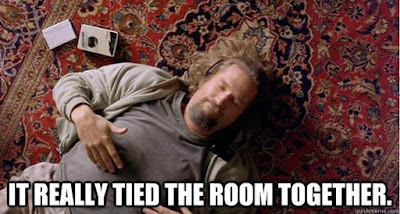 A wondrous thing happened over the Fourth of July weekend, so wondrous the Dude himself would mix me up a White Russian to celebrate. 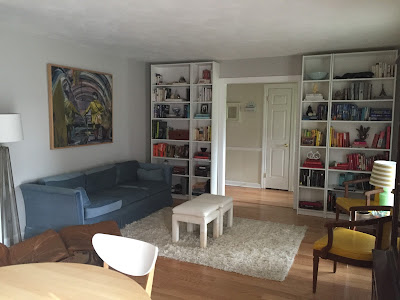 From the day we moved in, we had no rug for the living room a.k.a front room a.k.a formal living room (we can't seem to agree on its designation). I plopped down a dingy, IKEA flokati rug that I purchased 3 apartments ago and began my search. I considered a large natural fiber rug, or a pretty striped Dash and Albert rug, but I found myself increasingly drawn — and increasingly surprising by my attraction to — oriental rugs.

I love the way they lend gravitas but look even more intriguing when paired with really modern furniture. The only problem? They are PRICEY and I needed a huge rug...like a 9' x 12'. After initial investigations revealed a 9 x 12 oriental rug runs in the thousands (even super fake machine-made Rugs USA ones), I realized I was going to have to strike gold at either an estate sale, an auction or on Craigslist. 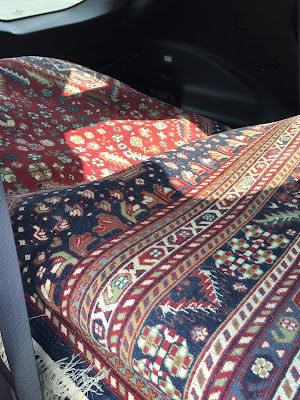 After nearly two years of hunting (no seriously), and always finding rugs that were either in too much disrepair or not nearly big enough or way too expensive, I stumbled upon a Craigslist listing for a 9 x 12 Indian rug with 130 knots per square inch from a pet-free, smoke-free home for.....wait for it....$350. I can't even get a rug that large from IKEA for that amount of money! It took some serious convincing to get Sean on board, but after trekking an hour from home to see it and finding it in near-perfect condition and super clean, we bought it, and even managed to shave $10 off the final price. 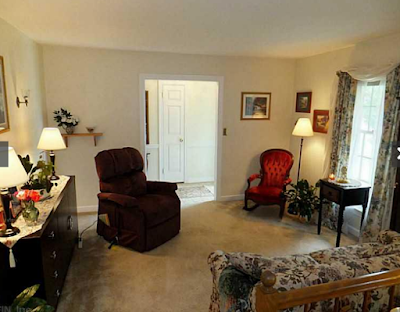 So before the final reveal of the rug that really ties the room together, let's remember what this room looked like when we toured the home.... 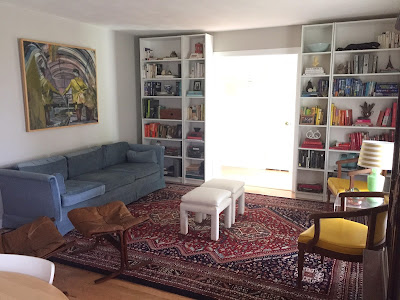 And today! It's definitely the most grown-up looking thing in my entire house and for a moment, made me feel TOO grown-up. But it does really bring everything together, it's plush and comfy and now I'm on the hunt for the perfect modern coffee table that will offset its old world sensibilities. I predict that hunt will only take another six to nine months. ;)
Posted by Amber at 9:00 AM