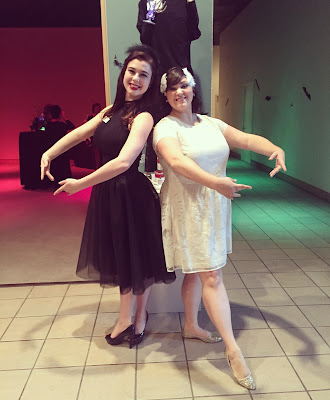 There were years and years that I never dressed up for Halloween. Basically my hot years, from 15-20. What a lost opportunity! But for some reason Halloween has never been more fun as it was this year.

For our work fundraiser, we had a Halloween theme this year and my coworker Alex and I dressed as the Black and White swan. So fun! I'm all about costumes that involve a headband and fake eyelashes. 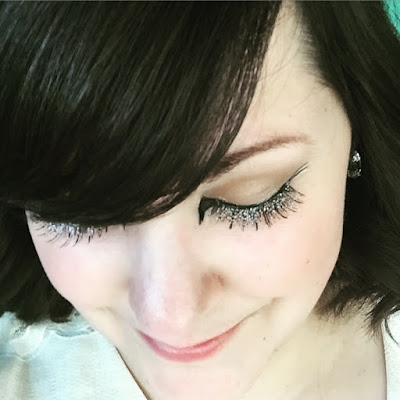 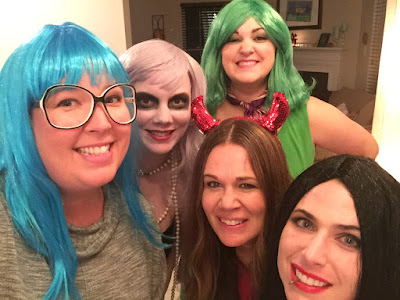 And of course, there was our annual Hallowino... 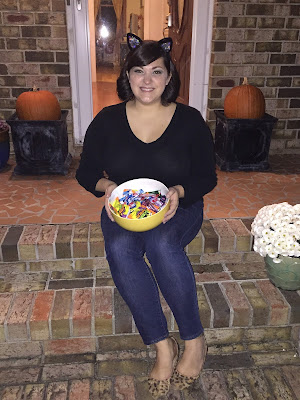 And — MOST EXCITING — for the first time in my life, I had trick or treaters. I've always lived somewhere that ended up being a complete bust, with tons of candy left over. Half the fun of homeownership is handing out candy, so I was really pumped about the 40-50 kids who came by. And of course, we still have tons of candy left over. 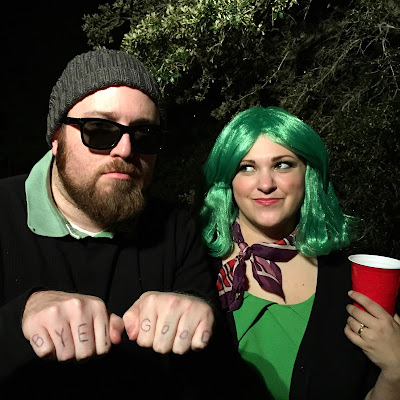 Once trick-or-treating ended, we changed into our costumes to go to a party. Sean hadn't planned one (surprise, surprise), so at the last minute went as Joaquin Phoenix on a bender. I went as Disgust from "Inside Out." 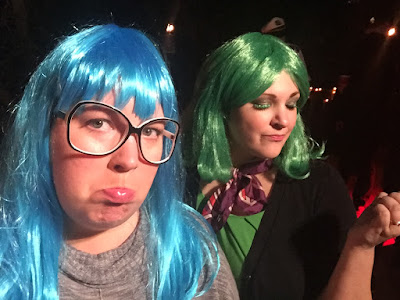 Ashleigh was the Sadness to my Disgust, and it was so fun doing a couples' costume with her for the third year in a row! We're officially taking suggestions for next year. Leave 'em in the comments!
Posted by Amber at 12:30 PM

What lovely technique, Odette!... you'd think your mother taught dance or something!... and I love your eyelashes