DIY Curb Appeal in a Weekend

When we first bought our house, a row of lush, plump hostas greeted us at the front porch. They looked lovely and full, until one month later, when they looked like straggly haunted ghost plants. They aren't meant to last beyond the summer months, and suddenly, our house looked as dead as they did. It drove me CRAZY last winter.

So this year, my mother-in-law generously offered to help us choose and plant new shrubs in hopes we'll be looking snazzy year-round. We spent all of last weekend on the project and despite the exhaustion, we couldn't have been happier with the results! If you'd like to tackle something similar, here's the specs: 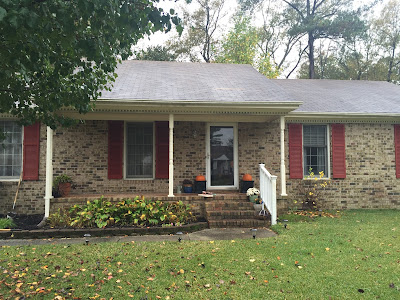 Here's the front shot: dying hostas, a calycanthus shrub that has lost its leaves and not much else. 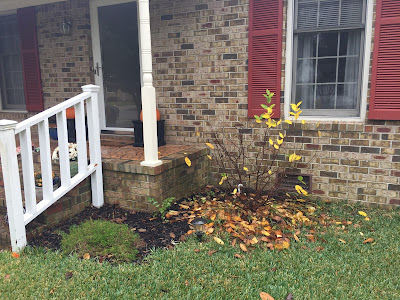 I love that calycanthus, but it's just another dead thing in the winter. The front mound is phlox that was relocated in the big move. 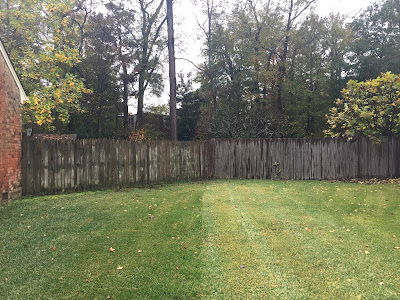 Our side yard. We will probably end up doing more over there, but we did do a little bit, as you'll see. 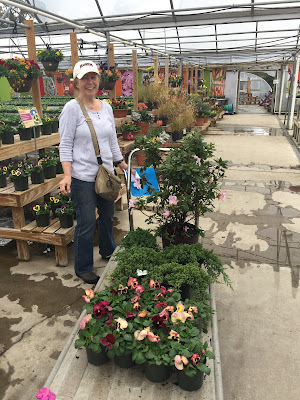 Miss Margaret with our spoils! 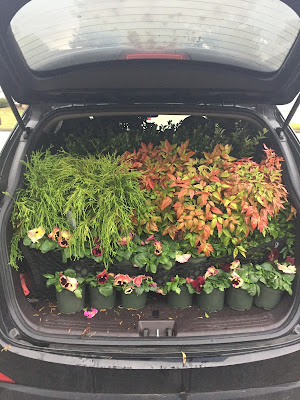 The fully packed forest in our car...no joke. We spent the entire first day digging up layers and layers of mulch from the beds and pulling out the hostas (no easy task). 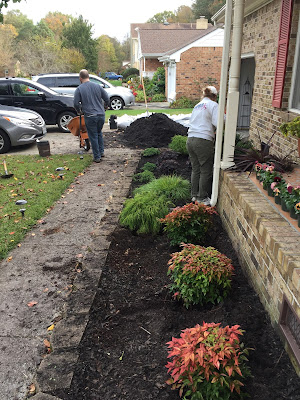 A shot from Day 2, when we planted our new plants and spread the topsoil. 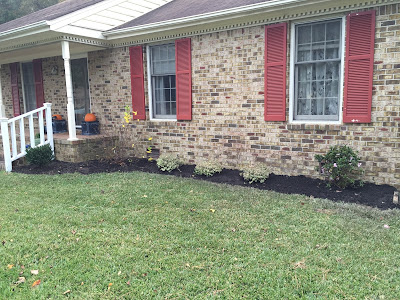 We extended our bed around the other side of the house, which had been completely bare. We added three "radiance" abelia bushes and a pink "twist" azalea. Everything is so little right now, and I can't wait to see it this time next year when it's filled in a little more. 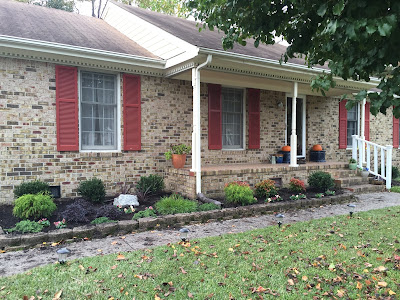 And voila! Our new front! Miss Margaret and I selected plants at the nursery, but had also done a ton of research in advance about what might work. The goal was to find dwarf shrubs that won't grow too large and won't need a lot of pruning. 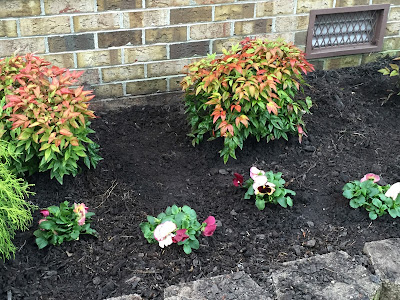 I love the variegated watercolor quality of firepower nandina shrubs, so we selected three to go in the front, accented with pansies. 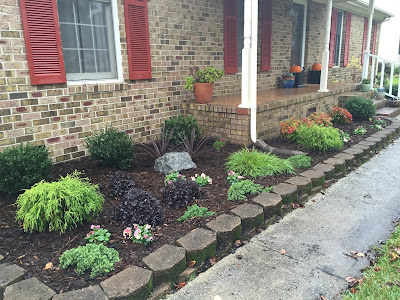 I can't wait to see how it looks in the dead of winter when last year we had nothing! In the moment, it was exhausting, but it's incredible what you can accomplish in two days.

Email ThisBlogThis!Share to TwitterShare to FacebookShare to Pinterest
Labels: decor, garden, our home