When I was a little girl, dress up was arguably my favorite activity and that absolutely hasn't changed. If I were lucky enough to be invited to attend something like the Academy Awards, you better believe I would get decked out and treat it like the iconic fashion opportunity it is. For quite a few years now, I've put together a post of my dream fantasy Oscar fashion, where I play stylist for the stars knowing full well they're never going to indulge me.

Join me for my fashion fantasy! Here's what I'd want to wear if I were: 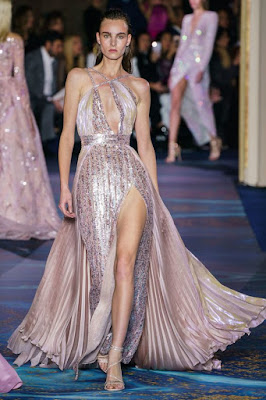 Sometimes a day comes and your job really is just to stand there and look pretty while supporting your boo who's nominated for an Oscar. Even better if it just so happens your professional job is to stand there and look pretty, you happen to be a hot-fire model with a body for days and you have access to the top designers. That's the situation for Irina Shayk, paramour of Bradley Cooper, and I can just picture her smizing down the red carpet like a pro in this pink quartz sparkler from Zuhair Murad. Normally I'd recommend dates wear something a little less head-turning, but that's not reality for Irina. When you're hot enough to pull off something like this, you don't need accessories. 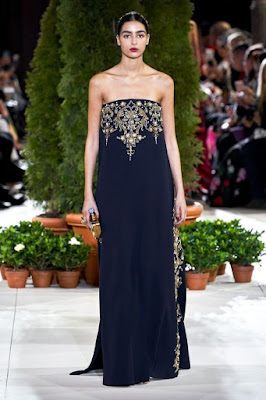 Every year, female producers, costume designers, directors and documentarians are tasked with looking fashionable despite rarely going to these sorts of events or having access to designer frocks. If I were a producer getting ready for my big moment in the spotlight, I'd look for a timeless and forgiving cut in a gorgeous color, hopefully with some interesting details. This lovely Oscar de la Renta navy column decked with baroque-style details packs just enough style without being over-the-top. 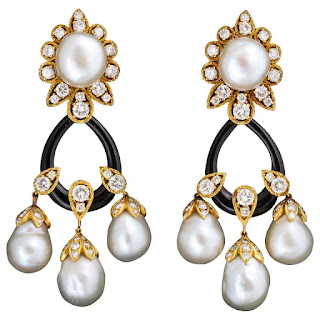 For extra style points, I'd look for dangly earrings with similar details, like these pearl chandelier earrings. 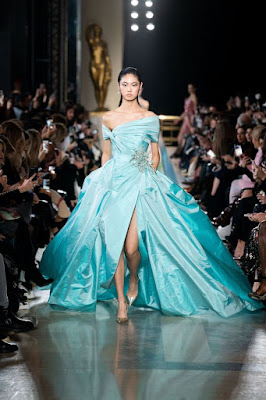 For rising stars on the cusp of getting nominated, presenting at the Oscars is like getting called up from the minors to pitch at the majors. Stars have truly made their name by seizing the opportunity and creating a memorable fashion moment. You'd need a gown that makes as much of an impact on the red carpet as it does gliding across the Kodak Theater stage, and I can just picture someone like Constance Wu floating in this modern Cinderella gown by Elie Saab. It looks like wearing a cloud. 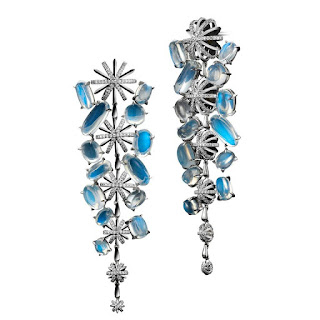 For something a little different, but no less eye-catching, I'd love to pair the dress with modern earrings like these by Alexandra Mor. 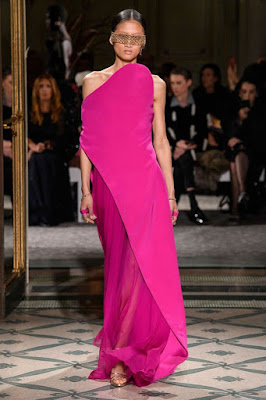 And then there's the case of the heavy-hitter attendee — always invited, style MVP, risk-taker who always sticks the landing. These are your Nicole Kidmans, Gwyneth Paltrows, Charlize Therons, Lupitas. I'd love to see someone bring this thoroughly modern silhouette from Antonio Grimaldi to life. It's a little weird, but I think the curves are quite beautiful and with the right gusto, could be a winner. 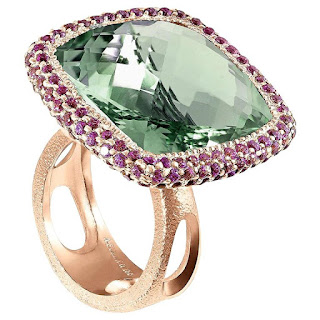 Since the dress already is a step outside the box, I'd keep my accessorizing minimal and just plop on a gigantic and fun cocktail ring to set the E! Manicam commentary on fire.

Previous Winner Who's Back, Baby 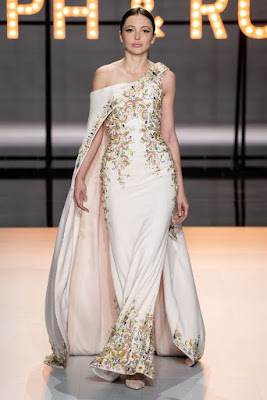 Every few years one of our much-lauded actresses (usually British) who has been much more choosy with parts will knock it out of the park and land back at the big show. That's the case with Rachel Weisz, who's truly a delight in "The Favourite." Rachel has traditionally gravitated to simple and modern silhouettes, usually minimal in decoration, but I'd like to see her pay homage to the fanciful styles of the English royal court in her movie with something like this Ralph & Russo gown. I love the creamy white with jeweled detailing that reminds me of spring. 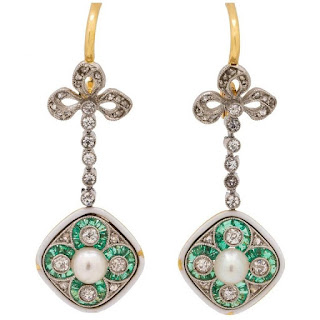 I'd pick some interesting antique earrings to round out the modern take on Queen Anne's court, maybe with emeralds to complement the gown. 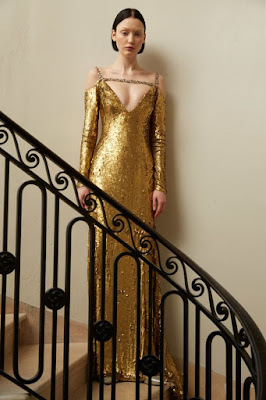 Sometimes you know you're a long shot, but your work was good, you're at the top of your game and let's face it, you're hot. Those days don't last forever, so if I were in that position, I'd still turn up like a million bucks. Emma Stone, also of "The Favourite," has been phoning it in a bit lately — at last year's Oscars, she wore a burgundy blazer with black pants that I'd easily wear to work — so I'd like for her to show up like a damn Khaleesi ready to rule the seven kingdoms. This gold Reem Acra number ought to do the trick. 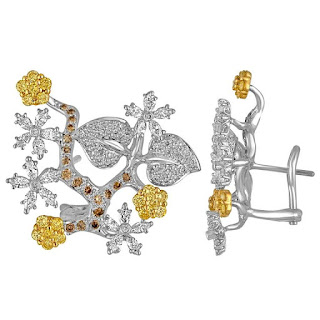 Emma loves modern touches and embraces the unexpected, so if I were her, I'd wear some interesting and modern crawler earrings, like these branches.

Could Be a Contender 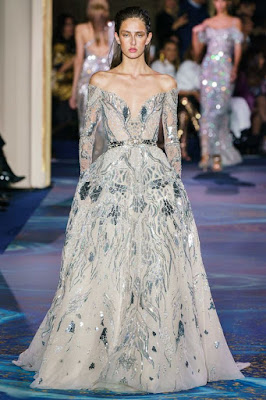 I haven't seen "If Beale Street Could Talk" yet, but I wouldn't count Regina King out. Award voters have proven in the past few years that she can do no wrong and they're finally noticing, and I wouldn't be surprised to see her continue her hot streak with an Oscar win. She has also been having FUN with fashion lately, and it's delightful to see her slay. One thing I haven't seen her do much is go full pretty-pretty-princess and I think it would be cool to see her swan around like the queen she is in something like this Zuhair Murad. 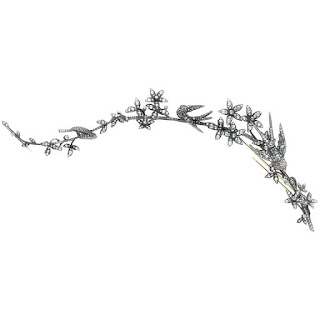 Since the dress has so much sparkle, I'd do something unexpected and skip the big jewels. Instead, I'd accessorize my hair with a dainty brooch, like this one. 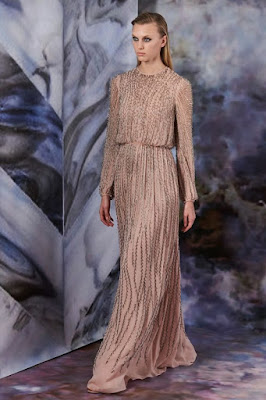 If there's one constant about the Oscars, it's the love of our grand dames of acting, our veterans of stage and screen who are nominated for most of their projects. This year, our grand dame is Glenn Close, a frequent nominee but never a winner, and I'll be damned if this isn't her year. Glenn can be a little snoozy on the red carpet; she favors neutrals — typically black or white — and very simple cuts. But I think it would be fun for her to choose something with a little sparkle and movement like this J. Mendel gown. 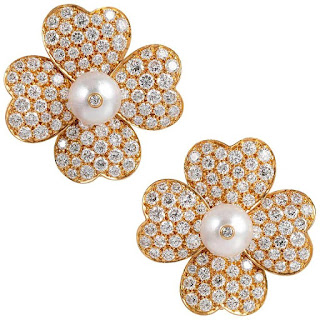 One of the joys of this awards season is watching Glenn unabashedly enjoy the accolades! I can just picture her wearing lucky clover earrings, like these Van Cleef & Arpels studs (technically flowers, but who cares), and telling every red carpet interviewer, "These have always brought me luck" like she's Liz Taylor. 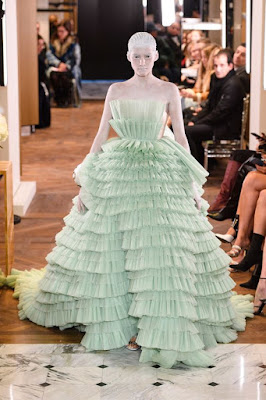 This year the fashion gods have blessed us with a first-time nominee who never shies away from a big fashion moment, never wears anything "expected" and is part of a grand legacy of stars nominated for "A Star is Born." If I were Lady Gaga, I'd honestly be torn on how dramatic to go, so I've put together three looks for consideration. I'd love to see her do a really bold, italicized and underlined take on dainty frou frou fashion with this dramatic mint number by Balmain. 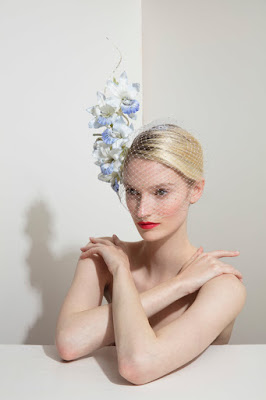 Never one to shy away from an accessory, Lady Gaga could also call up her favorite milliner, Philip Treacy, and request something like this orchid fascinator (sans the blusher veil). 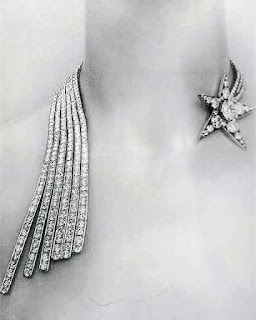 And I'd round out the look with an archival Chanel Comete necklace, a nod not only to her role in "A Star is Born," but also to the dearly departed Karl Lagerfeld, who just died this week. 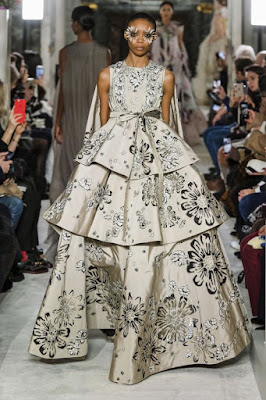 She'll need a performance gown to take us to church with a rousing rendition of "Shallow," so why not this positively papal tiered gown by Valentino? The volume, the cape, the daisy motif spare no drama. 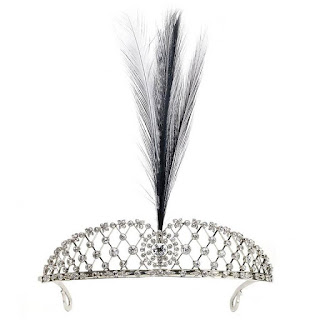 But why not add even a little more drama with a diamond tiara topped with a feather? Let's really turn the volume up to 11 here, guys. 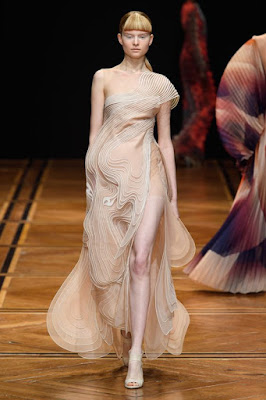 I'd be an eensy bit disappointed, though, if Gaga sticks purely to the classy-with-a-twist recipe for the entire night. So for the Governor's Ball and the Elton John party, I think it would be fun to do a callback to her wild-and-weird fashion beginnings and wear this beautiful and modern Iris Van Herpen dress that looks like a 3D-printed topographical map. It's a little strange, but also muted enough to be lovely. 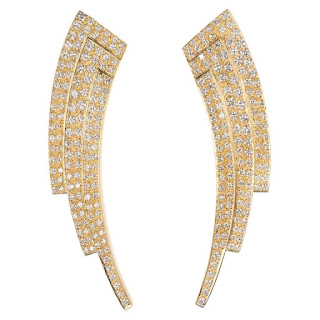 I'd finish the night with these sparklers, dancing the night away and noshing on In N Out.
Posted by Amber at 9:12 AM