My Super Bowl (known to others as the Oscars) is today and in the pre-gaming spirit, I have continued my tradition of imagining what I might don if I were one of the lucky few who gets to dress like a princess for a night and finish with In N Out in bed. Here's some fantasy outfits for the big night! 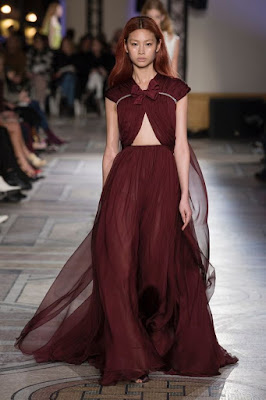 Being a nominee's date is arguably the best gig in town. No pressure, just perks. I imagine someone like Leslie Bibb, an actress in her own right, who will be capping a season of smooching her love Sam Rockwell on the red carpet. As a date, you want to look good in all the pictures but also not like you think the show's about you. This simple, sexy Giambattista Valli in a deep shade of plum does the trick. It shows skin in a surprising spot and moves like a dream. 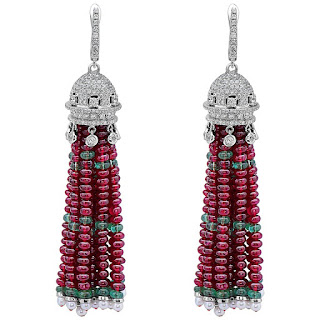 I'd pair the dress with these fun, swingy ruby tassel earrings that complement the color of the gown.


If I Were: A Nominee for a Non-Acting Award 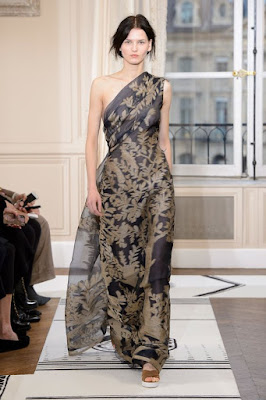 They may not be dominating the headlines, but female cinematographers, directors and producers deserve a touch of glamour, too! If I were in their position, I might consider this timeless, yet memorable, floral gown by Schiaparelli. It would look great in pictures, but is still a little understated for those who aren't used to the spotlight. 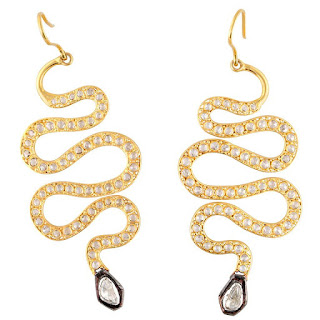 If I'm a non-acting nominee who doesn't mind having a little fun and being a little sexy, then I might opt for a pair of sassy snake earrings like these.


If I Were: An Ingenue Presenting an Award

The Oscars can be a fantastic opportunity for an impromptu job interview if you're an ingenue selected to present an award. You get great screentime to introduce yourself to the power movers in the room and the audience at home. Needless to say, it's good to show up looking fantastic, memorable, stylish and intriguing. I imagine someone like Allison Williams, who stars in Best Picture nominee "Get Out," donning something like this Ralph & Russo gown. It's got all the pretty princess vibes you'd expect for the Oscars, but with the surprising sexy detail of shimmying fringe. 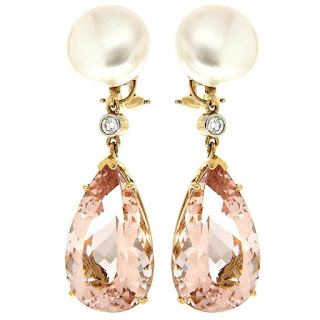 I'd pair the delicate pink dress with delicate pink morganite-and-pearl earrings like these, an unexpected gem that demands a second look.


If I Were: A Female Director 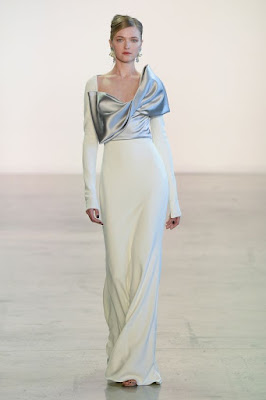 If I'm a female director who's an actress in her own right (ahem, Greta Gerwig), I want to convey how serious I am about creating my own content while reminding everybody that, yeah, I'm interested in acting, too. This Badgley Mischka gown sort of toes the line between modern, serious, playful and elegant. I'd want a strong red lip just to let everyone know who's boss. 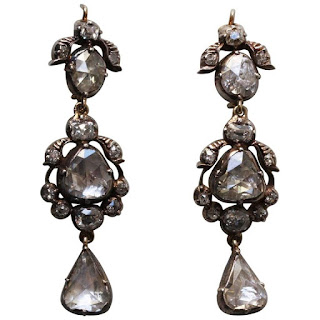 For luck, I might bring along the women who came before me in the form of antique rose-cut diamond earrings like these. 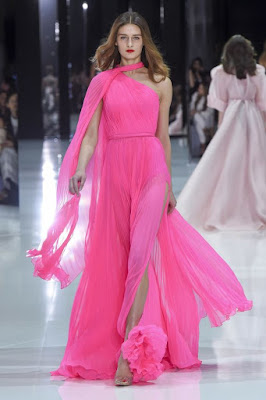 If I'm lucky enough to be nominated for an acting Oscar but almost 100% guaranteed not to win, I'm going to seize the moment to win some red carpet attention in a bright color with a romantic, flowy cut. If I'm lucky enough to be the divine Mary J. Blige and know I can truly knock people's socks off with a surprising color, then I'm going with this gorgeous Ralph & Russo gown. 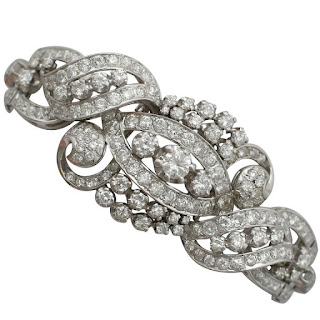 Since the neckline is already so beautiful, I'd keep jewelry to a minimum and just pair it with simple studs and a whopper of a diamond bracelet like this curlicue Austrian one.


If I Were: An Actress Nominee Not Likely to Win 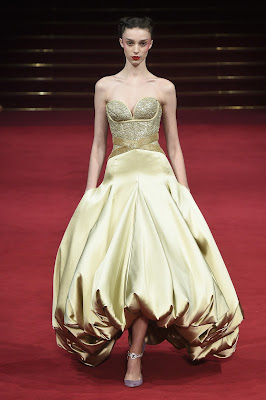 Sometimes you have a year where the Best Actress category is so stacked with talent that some truly deserving performances are just doomed to come in second or third place. I would not be surprised if Frances McDormand takes home the little gold man, so Saiorse Ronan and Margot Robbie will have to comfort themselves by being among the best dressed. I'm sure they're up to the task.

I'd love to see one of them — I'm picturing Saiorse — don a dramatic silhouette like this Alexis Mabille Couture gown. It's got a dash of New Look 1950's Dior glamour and still looks modern and surprising. 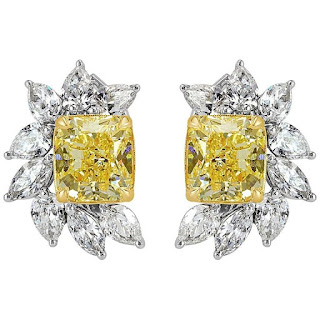 I'd pair the gown with stunnas like these yellow diamonds and a romantic updo, or maybe even faux wavy bob. 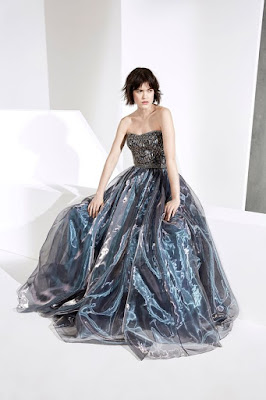 I'm also in love with the Cinderella of the 21st century vibes of this Jenny Packham gown. It's extremely modern and extremely romantic at the same time, and I think a girl like Margot Robbie could make it look like some easy thing she pulled off the floor. 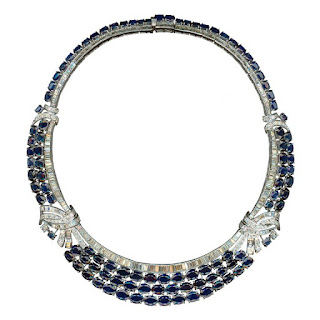 I'd complement the futuristic blues with some antique sapphires and diamonds — all the better to show off blue eyes!


If I Were: The Obvious Pick for Best Supporting Actress 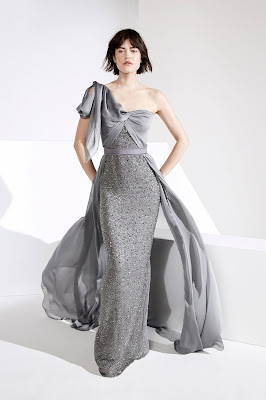 If I'm going to glide up the stairs and across the stage, I want a dress that will make me look like a glamazon while doing it. This gray Jenny Packham gown would do the trick. It's timeless, and since the likely winner could be Allison Janney, I pictured a column with some romantic details. She loves silhouettes like this that only serve to emphasize how damn tall she is!

Since so many of the pictures would be of me giddily clutching my new best friend Oscar, I'd add some bling front and center with this tourmaline and diamond ring.


If I Were: The Best Actress Favorite 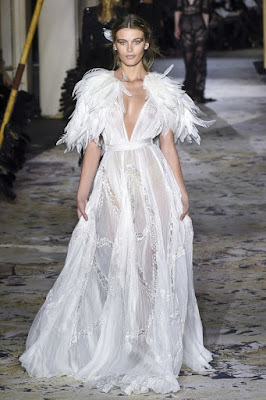 The reality is that the Best Actress Oscar may very well be Frances McDormand's to lose, and she'll probably be wearing something incredibly boring and very comfortable. So, in this scenario, we'll just pretend the winner would be someone who wants to seize the moment to be the most EXTRA a person could be. This Zuhair Murad gown is for a ballsy actress who's like, "when else can I dress like Ginger Rogers' angel in heaven?" 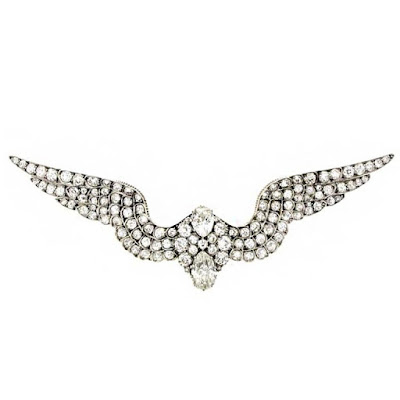 Since the dress already has quite a lot going on, I'd just keep the accessories to a minimum and maybe accent an updo with a pretty brooch, like this antique wing brooch from 1900.

Now that I've made my picks, I can't wait to see what really lands on the red carpet. I'm always hoping at least one person takes my breath away.